Is Judiciary Living Up To The Indian Constitution @ 70?

An opaque judiciary is a cause for concern since on it rests our hope of defending our constitutional rights and liberties, writes Editor-in-Chief Ruben Banerjee. 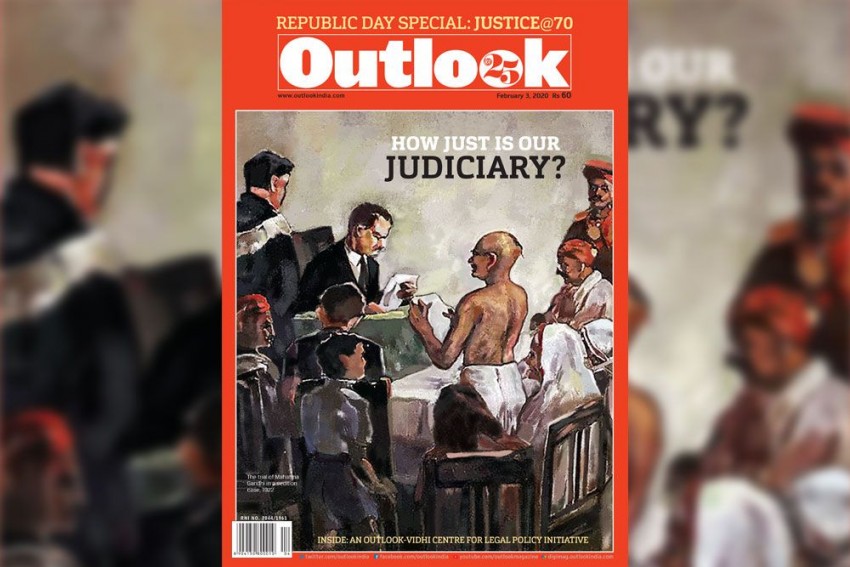 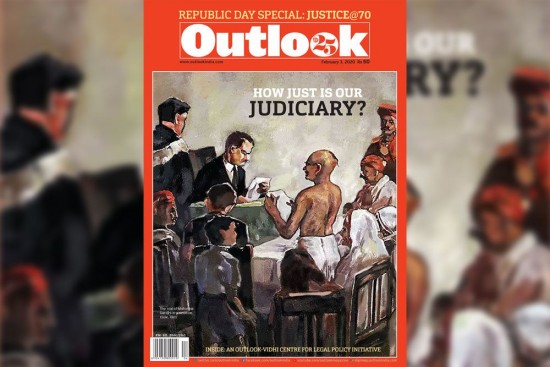 Reading the Consti­tu­tion, or at least its Preamble, seems fashiona­ble suddenly. Whatever be its context or rationale, including the anti- CAA protests in the country, there is little to dispute that swearing by the letter and spirit of the masterly tome could not have been more appropriate than today, as we mark the 70th anniversary of its coming into effect on January 26, 1950, to lay the edifice of our proud Republic.

But as we celebrate the milestone, the occasion also calls for introspection. We The People have the power to vote in/out our rulers, no matter the imp­erfections that have crept into our democ­r­atic system. And notwithstanding how unj­ust, hierarchical or discriminatory our system could be, we remain equals in the eyes of law, at least theoretically, with a rig­htful share to legal rec­ourse and remedies.

But, thereafter, things start to go wrong and our real-life experiences are often at complete variance with what our Constitution’s founding fathers envisaged. Inequalities abound and injustices prevail. Securing justice for many is a long shot, short-circuited among others by a judicial system that is an unn­avigable maze, needlessly time-consuming, prohibitively expensive and undeniably opaque. Nothing illustrates the opacity better than the Ayodhya verdict. True, the case had dragged for decades and needed a closure, which came last Novem­ber. But in a country croaking under a backlog of more than three crore cases—including about 59,000 cases in the Supreme Court—one wonders why the previous Chief Justice, Ranjan Gogoi, decided to focus on Ayodhya alone, holding expeditious hearings for days as if nothing else mattered to clear the decks for its judgment just days before his retirement.

True, the power to pick cases squarely rests with the Chief Justice as the master of roster, but it still doesn’t lift the veil on why Justice Gogoi decided to do so at the expense of a million other important issues awaiting adjudication. An opaque jud­iciary is a cause for concern since on it rests our hope of def­ending our constitutional rights and liberties.

In this commemorative issue on the Constitution’s 70th anniversary, and that of our judicial system, we turn our gaze on the judiciary and its health, alongside all that ails it. Though just one among the several pillars entrusted with upholding what we as a nation are meant to be (the executive and legislature being the other two), the judiciary’s role in determining the country’s journey cannot be stressed enough. Whether we flourish or sink as free citizens of a fair and just country largely depends on the judiciary’s trajectory.

The stakes being so high, this issue—curated with the help of the Delhi-based Vidhi Centre for Legal Policy—is particularly informative. It helps commoners, like you and I, to und­erstand better the labyrinth that is our judicial system and gives us a more informed perspective that takes us beyond the commonly held views about the backlog of cases.

The challenges for the judiciary, as the articles show, are complex and manifold. By a quirk of bureaucratic rules, people in their early twenties are becoming judicial magistrates and deciding our fate, with many of them soliciting advice—for want of exp­erience—through WhatsApp to decide cases. Only 11 per cent of our judges are women—though they make about 48 per cent of our population—and there is not a single Dalit chief justice in the high courts. Also, at least 13 high courts have added unilaterally categories under which information to the public can be denied, contravening the RTI act. All these raise questions that need to be urgently addressed if we are to truly adhere to our Constitution. I rest my case here. Wishing you all a Happy Republic Day.