‘Gender Is Race: Women Are A Separate Race’

Migrations, languages, genes...even the colour of brides. From Kerala to the Caribbean. Writers Peggy Mohan and Nalini Natarajan discuss a radically new way to analyse discrimination against women. 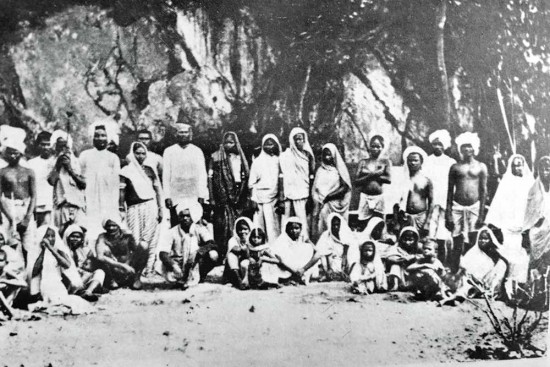 The Caribbean and India. Two places on opposite sides of the planet. Columbus mistook one for the other, yet that’s not the only reason why we take them as key sites from which to uncover a silence in history: on gender. That is, to try and produce a gendered history via race and migration. An interesting cross-connection between the two locales is forged here between the interlocutors. Nalini Natarajan, professor, author and cultural critic, has Tamil as her mother tongue, was raised in Delhi, taught at Miranda House, got her PhD in Scotland, but now lives and teaches in Puerto Rico half the year. Peggy Mohan, writer, linguist, and music teacher at a school in Delhi, was born and raised in Trinidad, West Indies, did a PhD on Caribbean Bhojpuri, and made a reverse journey to one part of her roots. Nalini and Peggy first met when they shared an office as teachers at Jawaharlal Nehru University, back in 1980. Filtering their unique perspectives, both have mined themes revolving around migration, diasporas and gender in their books: Peggy with Jahajin (2008) and her upcoming book Wanderers, Merchants, Kings: The Story of India Through Its Languages; Nalini with The Unsafe Sex (2016) and Atlantic Gandhi (2012). Here, they try to link up their overlapping concerns in a free-ranging conversation with Sunil Menon that itself migrates back and forth:

Nalini Natarajan: This is a spontaneous chat on the overlaps and divergences in our work, and the ideas they spawn.... Could one think of ‘gender as a race’? I have always been surprised at the visceral cruelty women have faced in patriarchy. Women are daughters, sisters and wives, yet there is a violent otherness to how they are seen. They are considered polluted, left out of inheritance, objectified. By ‘race’ I do not mean here something biological, but a constructed thing. Men and women carry the genes of both parents. ‘Women as a race’ is a socio-political construction.