Is Entrepreneurship A Viable Alternative To Jobs?

How practical is it to aspire to be self-employed? Does it pay off for all those who venture? What are the pitfalls?

More from Sabina Dewan
View All

It was late. I was tired. Relieved to find an autorickshaw, I quickly climbed in. On the way home, Ravi and I struck up a conversation. He told me about his five-year-old daughter, and how he had once owned a little footwear shop. But then demonetisation happened. To rid himself of old currency, Ravi gave his savings of Rs eight lakh as an advance to his supplier of raw materials. The supplier took the money and disappeared. Soon after, Ravi had to close down his shop. He became the driver of a rented auto. Then Covid-19 struck. Already struggling to provide for his wife, daughter, and elderly parents, the pandemic—again—snatched away his income, saddling him with debt; it stripped away his sense of security; and most palpably, his hope.

India’s scale, its large and growing population and its over 500 million-strong labour force pose a daunting challenge to job creation. The persistence of the challenge, even through periods of high growth, has bred a kind of resignation and acceptance of joblessness—‘how can we possibly expect the economy to generate enough formal jobs?’ Where, then, will livelihoods come from? “Entrepreneurship!” claim some. But cultivating successful entrepreneurship, while part of the solution, is a small part of addressing the employment challenge. It has, however, become the solution to fall back on because we’re out of ideas on how to actually create jobs; or don’t have the will to make the hard choices that prioritise employment generation.

For a start, what does entrepreneurship really mean in the Indian context and who does it apply to? In the absence of a specific definition for entrepreneurship, the word has become a catch-all phrase. Over half, 53.5 per cent, of the workforce is self-employed. While this is a heterogeneous bunch ranging from lawyers and graphic designers to street vegetable vendors and chaiwallahs, all are categorised as being in informal employment with the latter group constituting the majority. Are all of these own-account workers entrepreneurs? And what about the family members that sometimes work with them?

Are India’s handloom workers entrepreneurs?  Perhaps. At least, 73.2 per cent of the 32 lakh households engaged in handloom activity in India in 2019-20 were independent. But 67 per cent of these households, rural and urban, earn less than Rs 5,000 per month. The expanding cohort of gig workers is also frequently ref­erred to as entrepreneurs with little difference made between a seller on an e-commerce platform who has much more autonomy over pricing and standards for instance, and a self-employed service-provider on a freelancing or location-based labour platform who doesn’t have the same autonomy. Is it accurate to refer to both as entrepreneurs? Does entrepreneurship signify some degree of autonomy and potential for economic mobility?

Regardless of definition, for a majority of these so-called entrepreneurs, their work ent­ails cobbling together just enough to stay afloat. And then, an economic shock like the pandemic or a health emergency hits, and it is a free-fall without a safety net; a painful choice between being buried under debt, or foregoing their children’s school fees. Successful entrepreneurship with enough, secure income that offers the prospect for economic mobility is really within the reach of only a few. Given that entrepreneurship is risky business, it is not surprising that many of India’s youth don’t want to be entrepreneurs. The extent to which youth and their families prize security is app­arent in the hankering for government jobs. Over 10 million youth applied for roughly 40,000 railway jobs in Bihar and Uttar Pradesh last month. Stories like this have become common over the last several years. 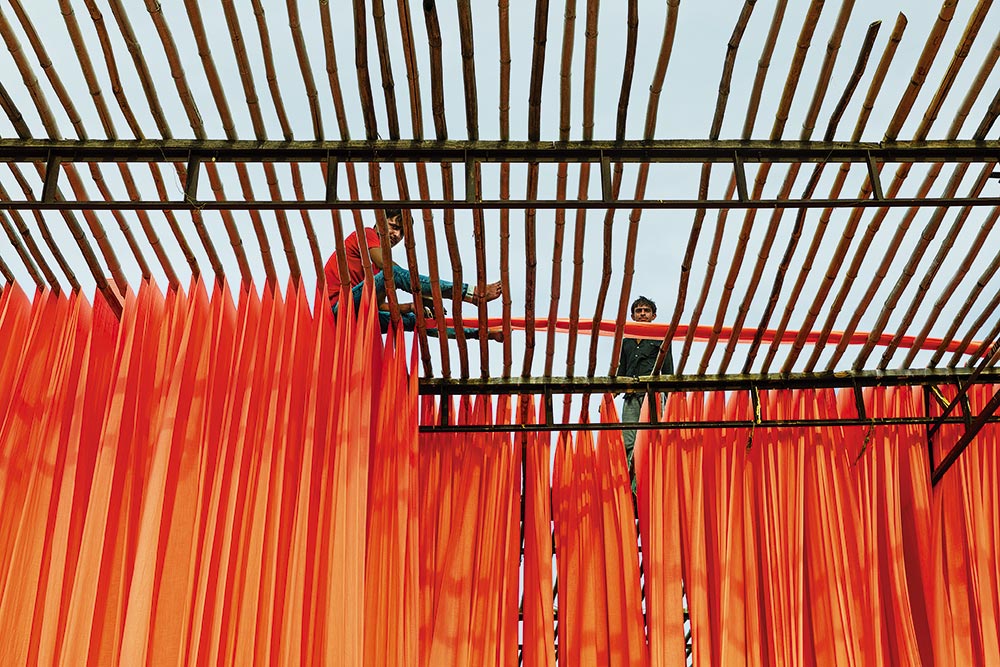 Moreover, age disaggregated data from JustJobs Network interviews of 827 youth in Haryana also shows that younger cohorts, 18-22 years of age, express a preference for government jobs. But when they realise that this may not be a realistic goal, or their dreams don’t pan out, they consider the private sector. When the private sector doesn’t deliver on their expectations of wages and conditions of work, or they get beat by a prolonged search for decent employment, apna koi kaam or ‘entrepreneurship’ becomes the last resort alternative.

Female labour force participation has been steadily declining to where there are fewer than one in five women in the labour force today. Several adverse factors underpin this trend. Women leave the labour market because low wages and other factors, such as safety in transit, and conditions of work, are not worthy trade-offs to just staying home. A disproportionate burden of domestic work has long fallen on women, more so now since the onset of the pandemic. Some employers perceive women workers as an additional liability that they’d rather not assume. Or there is a lack of demand from female-friendly industries such as apparel and footwear.

But rather than address these challenges head-on, the proposed solution is to promote women’s entrepreneurship, especially home-based options. If women don’t have to leave the house, then they’ll surely be safe, and there’s no need to convince private employers to hire more women. Evidence suggests that a subset of women did benefit from the boost to e-commerce and freelance work after the pandemic hit.  Often home-based, women skilled in crafts and design leveraged their creativity, talent, and intellectual property to avail opportunities brought by growing demand for such products and services. The geographically untethered nature of this work enables women entrepreneurs to balance domestic responsibilities with income generation in a way that geographically tethered work may not allow. But are these options normalising and further entrenching gender biases and patriarchal norms? And are these new opportunities even a fraction of the scale required to make a dent in the declining female labour force participation rates?

When challenged with these arguments, some advocates claim that they are trying to cultivate entrepreneurial mindsets so that more people will start businesses and go from being micro-entrepreneurs to small business owners. The problem with this line of argument is that starting, managing, and especially sustaining a business is tough. Not everybody has the desire and drive to be an entrepreneur; the aptitude or access to start and manage a business; or the appetite and ability to take on the risks. And what of the economic environment, which has to be fertile for any entrepreneurship?

In 2015, the Pradhan Mantri MUDRA Yojana sought to support non-corporate, non-farm/small micro enterprises with three types of loans varying by size. In 2020-21, of the sanctioned amounts of roughly Rs 3,20,000 crore, disbursals amounted to Rs 3,10,000 crore. Approximately 68 per cent of these loans went to women. But that these loans were mostly of the Shishu, or smallest size category, suggests that they mostly went to augment household income rather than spark entrepreneurial activity. For all its advantages, this scheme did not generate entrepreneurs, and especially not ones that went on to create their own businesses and hire more people.

The bright spot in India’s entrepreneurial journey is the fact that as of 2020, there were 41,317 startups in India recognised by the Department for Promotion of Industry and Internal Trade. Of these, 41 per cent are in technology-related sectors. India is third, after the United States and China, as the largest startup ecosystem in the world. As many as 44 Indian startups received unicorn status in 2021.  But put all together, 41,317 start-ups were responsible for just under 500,000 jobs in 2020, providing employment to 0.1 per cent of the labour force. Incubators and investment funds, grants, tax credits, loan guarantees and other forms of credit support can boost the startup ecosystem, but these are not measures that support job creation for the majority of our labour force.

Entrepreneurship has many merits. But it is a viable strategy only for those who can afford it. It cannot be sold as the only solution and certainly not the most preferred, or the most significant solution to solving the economy’s employment crisis. For most of the Indian labour force, the promise of entrepreneurship is a myth perpetuated mostly by those who have the privilege of financial security to take risks.

Peddling mass entrepreneurship may be the most convenient strategy to circumvent making the hard choices to prioritise employment creation. It lays the burden on youth, on women and on workers to fend for themselves. This is easier than addressing the challenge of job creation by, for instance, going beyond the current supply side measures such as extending the Emergency Credit Line Guarantee Scheme to explore demand-side options such as wage support for small businesses; exploring an expansion of employment guarantee schemes; formulating an ind­ustrial policy that fosters labour-intensive manufacturing; expanding exports; sustaining the incremental increase in health and education expenditure beyond two and three per cent of GDP respectively to expand these systems, which itself will create jobs; reforming our skills system and enforcing the provisions of the Apprenticeship Act to expand the number of apprentices. A comprehensive employment strategy must extend far beyond entrepreneurship if we want to realise the productive potential and aspirations of our youth.

(This appeared in the print edition as "A Long, Dark Road")