Prime Minister Narendra Modi’s call for self-reliance has triggered a discussion about India emerging as a manufacturing superpower, which can rival China eventually. In an exclusive interview to Outlook, NITI Aayog CEO Amitabh Kant talks about India’s preparedness, ambition and capabilities. 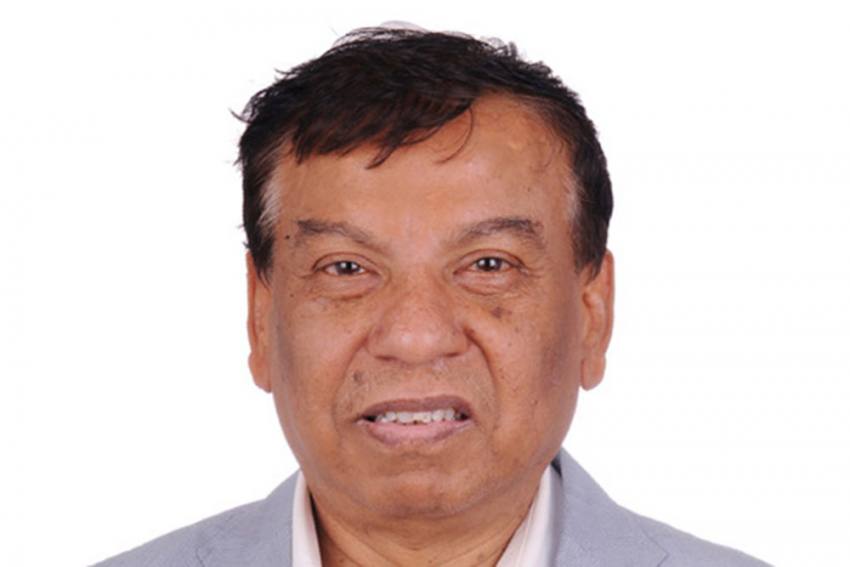 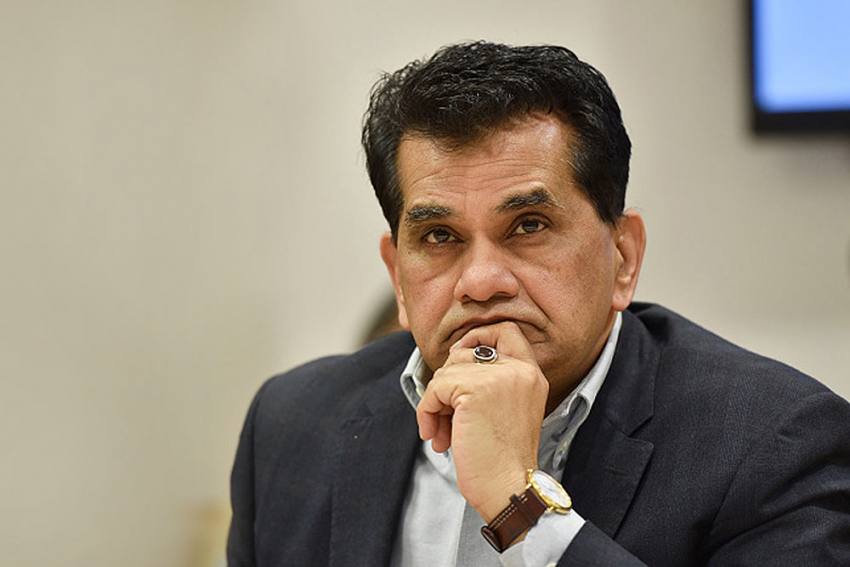 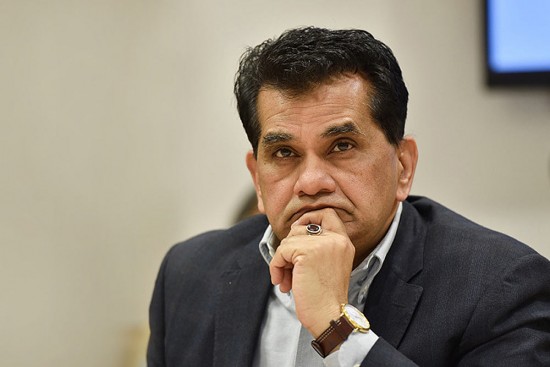 What are your thoughts about India’s industrial cap­ability in the context of China’s position?

I think India already has a rapidly evolving industrial capability that will only imp­rove further as the nat­ion emerges as a top investment destination for global manufacturing firms. Industries have shown imm­ense resilience, adaptability and innovation during the COVID-19 crisis. Contrary to recent conjectures that Aatma Nirbhar Bharat implies protectionism, it is actually about making India self-reliant. This is not possible until and unless we usher in global best practices, cutting-edge technologies and embrace the improvement brought about in our capabilities through increased competition. This will happen not just with the opening up of new sectors to FDI and increasing the limits for FDI, but also when we are able to create a favourable environment for global manufacturers to come and invest in the country. Make in India is already going on and radical reforms have driven a sharp rise in India’s ranking in the ease of doing business index. Other ref­orms such as those in land and labour are going to provide a further impetus. Hence, we are looking at rapid improvements to our industrial capabilities, scaling up of existing technologies and also diversifying to newer sunrise areas of growth at the same time. These areas where we will see greater industrial capabilities evolving for the manufacturing of mobiles, APIs (active pharmaceutical ingredients), medical dev­ices, batteries and electric two- and three-wheelers. The Union cabinet has approved packages to boost production of APIs and medical dev­ices, and ano­ther package that ent­ails giving pro­du­ction-linked inc­entives in cellphone manufacturing. Further, the boosting of our industrial capabilities and the resultant shift in manufacturing bases of companies to India would not just cater to the strong domestic consumer base, but also to the global demand—thus triggering a cycle of further improvements in industrial capabilities as this demand keeps on growing.

Do you think India can compete with Vietnam and other Southeast Asian countries to attract a bigger chunk of foreign investments coming out of China or those that were earlier destined for China? What are your expectations from the industry in this context?

The key factors responsible for driving investment into China included favourable government policies, technology innovations and acc­ess to cheap and skilled labour. Economic Intelligence Unit’s Automation Readiness Index, which measures a country’s preparedness for intelligent automation, ranks India ahead of Vietnam. With recent lab­our reforms launched by several state governments, India’s capacity to attract investments will only inc­rease more favourably. Foreign investors are constrained by the availability of land while they already have easy access to technical expertise and financial capital. The government is actively trying to create huge land pools to attract companies seeking to shift from China. The enactment of the bankruptcy code puts India in a more favourable position when compared to Vietnam whose performance in ease of doing business is the weakest under the resolving insolvency par­ameter. India’s strong domestic consumer base is also strong a differentiator compared to Vietnam, which is purely export oriented. Lower corporate tax rate and workforce of 500 million is a big plus compared to Vietnam whose workforce is one-tenth of India and has a higher tax rate. I am confident India is in a better position compared to all other countries to attract investments.

Is it time to reassess our decisions to stay out of the Regional Comprehensive Economic Partnership (RCEP) in view of the post-pandemic situation?

India has trade agreements, either bilateral or through ASEAN, with several members of the RCEP. Our joining the RCEP would have lowered barriers with just three-four countries, inc­luding China. This could have led to a surge in imp­orts, which at this stage, is not in consonance with the idea of Aatma Nirbhar Bharat. It needs to be und­erstood that when the negotiations for the RCEP started in 2012, India was in a different era of world trade. We were moving from bilateral to regional trade agreements. But as the neg­otiations continued for the next seven-eight years, the global trade landscape changed considerably. We pulled out of the RCEP as many of India’s concerns were not fully addressed. This was a decision guided by pragmatism rather than idealism. We wanted to safeguard the interests of the millions of MSMEs and farmers. And in the current global scenario, it is the MSMEs that have borne the brunt of the coronavirus-ind­uced slowdown. We need to safeguard their interests and raise their quality so they can compete in global markets. We can consider reassessing our decision if India’s concerns are being met.

India attracts foreign inv­estment from a range of nat­ions, not just the US. As per DIPP data, of the cumulative foreign direct investment inflows from April 2000 to December 2019, which stand at approximately $456 billion, six per cent has come from the US. Indo-US ties have a ren­ewed vigour under President Trump and Prime Minister Modi. With closer strategic and business ties, we may just see increased investments from US-based companies. Further, the business environment we are creating will ensure that India remains an attractive avenue for foreign investments. And our performance is evident when we look at our meteoric rise in the World Bank’s ease of doing business rankings. When combined with the fact that we have a large dom­estic market and a young workforce, inv­esting in India makes good business sense. For this reason, I do not believe India’s plans for attracting foreign investment will be hindered in any manner.

Is the government determined to replace Chinese imports with Indian goods by encouraging industry? How much of imports can be replaced in three to five years?

As part of the Aatma Nirbhar Bharat Abhiyaan, we want to make Indian firms competitive so that they can compete locally as well as globally. For this, we must create an enabling env­ironment for them to thrive. Focus on quality and cost competitiveness is needed. It is not about rep­lacing imports from China per se, it is about making our local companies and products competitive enough so that they can compete in the same markets as global products. However, at the same time, we must recognise that India imports items that can be produced at home. Take coal for example, we imported nearly Rs 3 lakh crore worth of coal. However, with the new commercial mining policy, we can reasonably assume that this import bill will be lowered. Similarly, in def­ence, we were an import-rel­iant nation. The decision to increase FDI limits in the defence sector will spur dom­estic production and reduce our import bill as well. We must ensure that India’s sectors of strength are adequately leveraged so that they can serve both dom­estic and global markets. It will be difficult to put a number on how much India’s imports will dec­rease. However, I can say with confidence that India’s share in global exports will increase in the coming years along with a marked increase in our technology capabilities and competitiveness.