History Will Judge Modi Govt On How It Handles Critical Issues 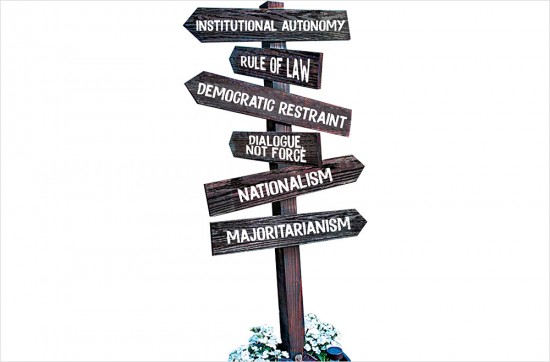 One of India’s most bitter campaigns is over. Everyone would be curious about how the government handles the bruised, ‘post-conflict’ political system. Economists would have a wish list ready and policy experts would be itching to write new policy papers. Think-tanks would be eager to discuss goals for the next decade. But beyond these important matters, the present mom­ent requires a perspective about our collective existence, renewed adherence to the foundational principles on which the nation is premised and a determination to rededicate ourselves to the constitutional framework. The government would, of course, be expected to take care of routine governance in a capable and people-friendly manner, but the government’s true test would hinge on how it comprehends and handles the real tasks before it.

Therefore, the prime minister will need to go beyond the partisan, the personal and the short-term. History will not judge this government on the number of days Parliament met, the number of laws enacted, the billion dollars it lured in investments, nor on its fiscal prudence or next-gen economic reforms. Similarly, the PM will not be judged on the number of his Twitter followers, the miles he travelled, the hours per day he spent on public activity or the acronyms he coined. The judgement will instead be based on the handling of four critical issues. But, first, two caveats: one, we talk of the PM chiefly because he is the face of the government, but we also hope the PM remains just that—the chief executive—and does not imagine being a Shehenshah; and, two, the challenges listed are not merely governmental challenges, but must become the citizens’ agenda.