In Festive Season, Why Mamata Banerjee Can't Afford To Party One Bit 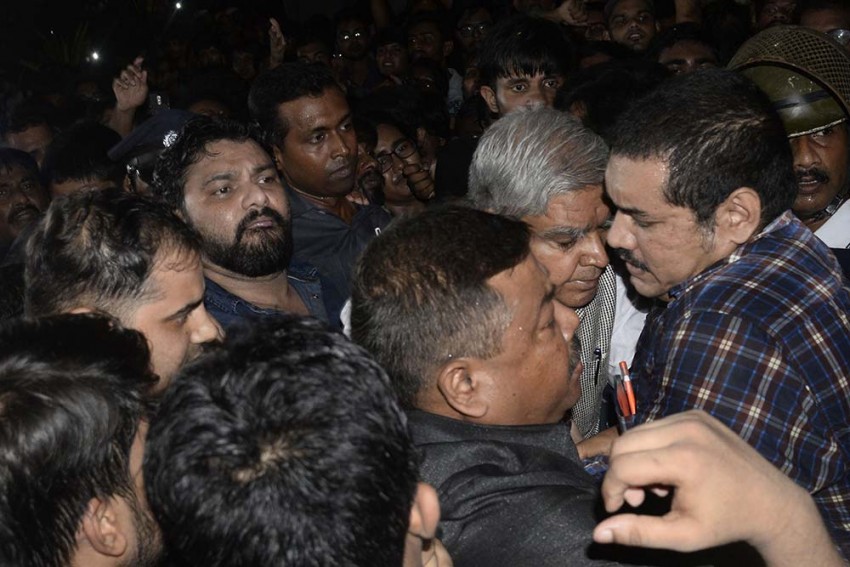 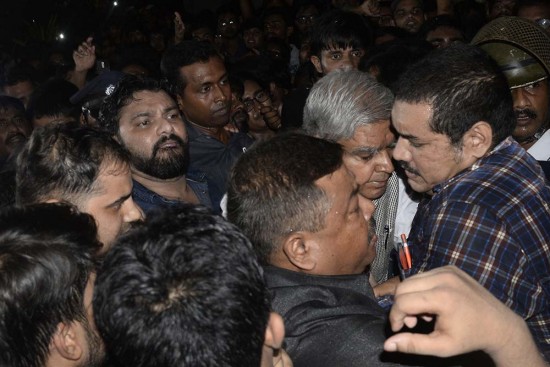 The staccato beats of the ubiquitous dhaki—the drummer—are rising to a crescendo across the state; it’s that time of the year when Bengal, and Bengalis, drop all work to pay obeisance to the Ma Durga and immerse in the spirit of pujo. But these are not ordinary days in Bengal, and even the biggest and all-encompassing festival is unlikely to tamper the growing bitterness between the ruling Trinamool and the BJP, which has launched a multi-pronged war to dislodge chief minister Mamata Banerjee in about one-and-a-half years from now.

Leading the BJP’s battle allegedly is governor Jagdeep Dhankar, who has apparently emerged as the most potent weapon for the party to pulverise the ruling TMC and its government and push the rivals on the defensive. Mamata Banerjee is already facing the heat of the investigations into the Saradha chit fund scam and the Centre’s assertion of having Bengal’s own National Register of Citizens (NRC), on the lines of the controversial exercise in Assam. At least 10 people have committed suicide or died due to NRC-realted depression in the state over the past couple of weeks.

BJP president Amit Shah on Tuesday took the battle to Mamata’s home turf during his first visit to the state after ass­uming charge as Union home minister. Despite the Trinamool’s stiff opposition to an NRC in Bengal, Shah vowed to introduce the citizenship record, give shelter to Hindu immigrants and “drive out all infiltrators”. For Mamata, the flashpoints are all too many.

Mamata Banerjee appears to be perplexed about how to tackle the NRC issue, which has sparked panic in Bengal and led to suicides.

Former Calcutta police commissioner Rajiv Kumar, a blue-eyed officer of the TMC government, was forced to go into hiding to evade arrest in the Saradha scam. Though he managed to get anticipatory bail, his problems are far from over. BJP leaders are even claiming that the CBI’s route to Mamata and her nephew Abhishek Banerjee is through Kumar. The Narada sting on chit fund scams also continues to haunt the TMC. Last week, the CBI arrested senior IPS officer S.M.H. Mirza, who was allegedly a close associate of Mukul Roy from 2011 to 2014, when Roy was the second most important leader after Mamata in the TMC. Once linked to the Saradha scam, Roy is now with the BJP.

The Trinamool also appears to be perplexed about how to tackle the NRC issue. Ever since Mamata took an amb­ivalent position on the NRC after her recent meeting with Shah in Delhi, she has been trying to assure the people that there won’t be any NRC in Bengal. But, the mad rush to collect legacy papers in government offices and the spate of NRC-related deaths indicate that people are far from assuaged. The TMC is not visible in Calcutta and the districts campaigning against the threat of NRC. Only the Left parties, mostly the CPI(M), are on the roads, regularly holding public meetings and mobilising support against the NRC.

As if that is not all, now we have a proactive governor in Jagdeep Dhankar. In a recent press meet, Dhankar justified his proactive role in his successful rescue bid of Union minister Babul Supriyo who was heckled by the students in Jadavpur University after the singer-politician berated the vice chancellor and allegedly provoked the students. Though Dhankar said he was not bound by any protocol, he later toned down his stand­—“I have taken oath in the name of the Constitution to work for the people. I am a copybook governor.”

The only place where Mamata has managed to check-mate the BJP is at the puja pandals. Though the BJP had hoped to associate itself with major puja pandals, the Trinamool managed to keep the rivals at bay. Sanghashree, a more than 70-year-old puja near Mamata’s residence in Kalighat, was initially taken over by the BJP. But the TMC swung into action fast and Sanghashree went back to TMC’s control. However, the real battle for Mamata and Trinamool will begin once the festival season is over.

A La Munnabhai, Why This Chennai Boy Could Not Become An MBBS