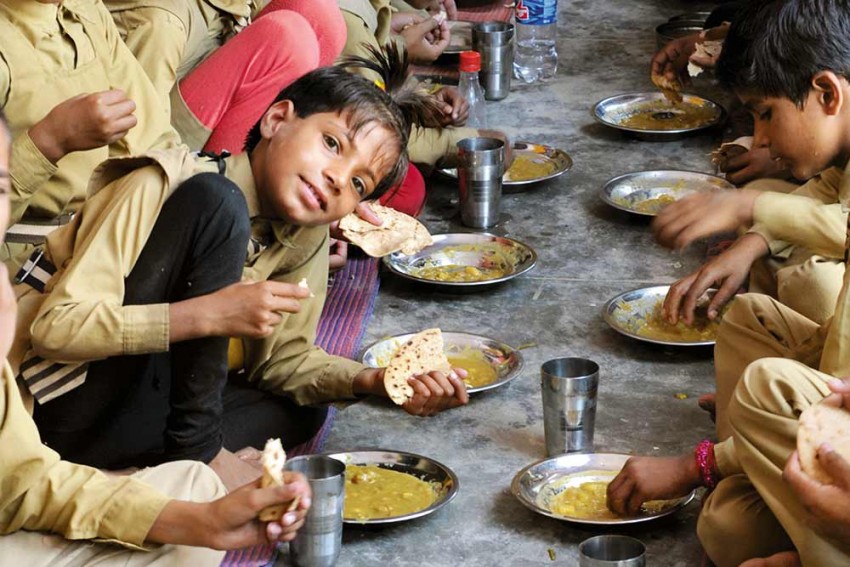 Chronic poverty is not a new phenomenon in India and many people are on the margin of subsistence even today. The message to learn is that we need a better system of social security. Some social security schemes are already in place. For instance, there are pension schemes for widows and the elderly, nutrition programmes for children, and public health services. But all these schemes could do much better to ensure that no one suffers from hunger and starvation.

Take, for example, the National Old Age Pension Scheme (NOAPS). The Centre’s contribution has stagnated at a paltry Rs 200 per month for more than 12 years. NOAPS is a good scheme, with low leakages and administrative costs. But the Centre is deliberately undermining NOAPS in favour of contributory pension schemes that are of little use to the poorest. In the mid-day meal scheme, serving eggs is the best thing that has happened in a long time. Indian children are among the most malnourished in the world. And eggs are nutritious, affordable and safe; they also help to boost school attendance. Yet, there are just a dozen states in the country which serve eggs on some days under MDM.

PDS protects a lot of people from hunger. But a large number of people are still excluded from it.

If you look at maternity benefits, Rs 6,000 per child is the legal entitlement of all women (except those already covered in the formal sector) under the National Food Security Act 2013. For many years, the Centre did not act on this. In 2017, the Pradhan Mantri Matru Vandana Yojana was fin­ally rolled out—a stingy programme restricted to one child per woman, with the benefit cut down to Rs 5,000. The formalities have also been made unnecessarily complicated. Women have to produce a ser­ies of documents, including their Aadhaar card, husband’s Aadhaar card, and Aadhaar-linked bank account passbook, and also ensure that the different documents are consistent with each other. Many are unable to complete the formalities or struggle with technical queries after they apply.

The public distribution system (PDS), no doubt, protects a lot of people from hunger. But a large number of people are still excluded from it. There are ways of reducing exclusion errors, but that requires a willingness to acc­ommodate more ration cards where necessary, instead of imposing rigid caps on PDS coverage. In the poorer states, there is a strong case for a universal PDS, at least in rural areas.

Some cash transfer schemes can also help. But it is time the government accepts there is a problem with the payment systems, and puts in place grievance redressal mechanisms. In Jharkhand, many of the recent starvation deaths are related to Aadhaar. Unfortunately, the government has consistently denied this and failed to act. Quite often activists are harassed, whenever they try to bring the situation to light or support the victims. A lot can be done to improve the social security system. Instead, the government seems to believe in self-reliance for the poor and the nanny state for business.

As told to Damayanti Datta