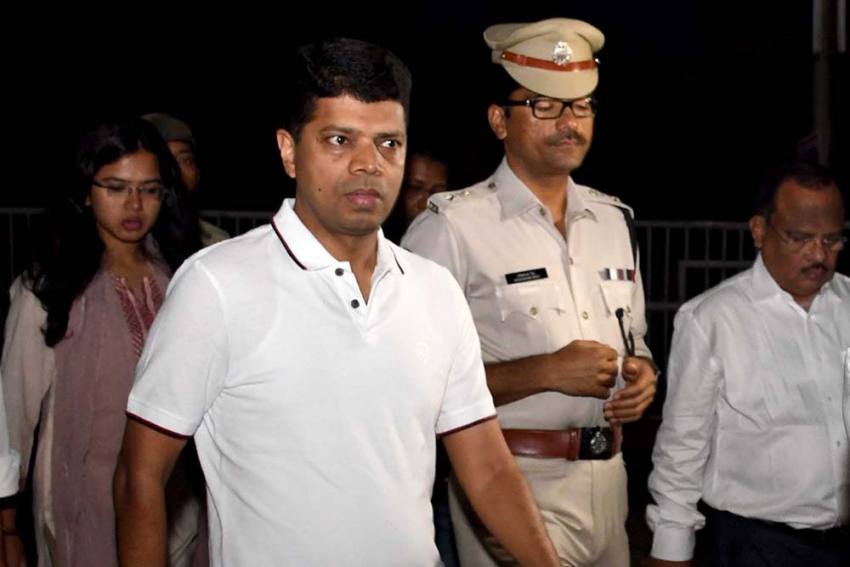 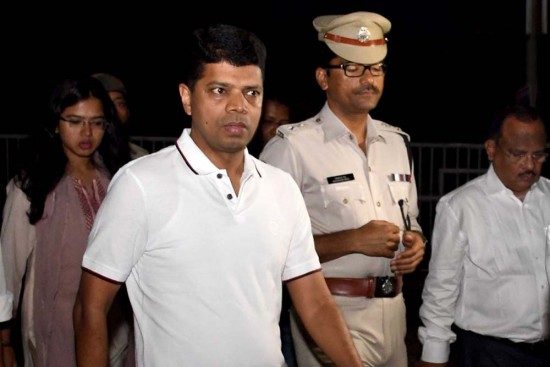 Officials had never seen anything like it before. It was 4.30 am on Holi and the top brass of the Cuttack district administration, including the revenue divisional commissioner, central range, the collector, the twin city police commissioner and the Cuttack Municipal Corporation commissioner—were all present at the Badambadi bus stand to receive V. Karthikeyan Pandian, CM Naveen Patnaik’s Man Friday and secretary of the ‘5T’ (team work, ­technology, transparency, transformation and timeline) initiative. While Pandian was in a track suit and T-shirt, the officers were all formally dressed. It was, of course, nothing new for Pandian. Insiders say his day starts at 3.30 am with yoga and ends only at night. Like his boss, he is known to be an early-to-bed man. But for the officers who had to turn up at that unearthly hour, it was not something they looked forward to—­certainly not on a government holiday.

Ever since Pandian started his whirlwind tour of the state five months ago, often in a chopper, in a bid to energise and tone up the administration and make it more people-friendly, officers in the districts have been trying to come to terms with the unusual working style and schedule of the bureaucrat blindly trusted by the CM for his supposed ­integrity, loyalty and efficiency. They complain that they get information about his visit barely hours in advance and thus have little time to prepare for it. Such is the fear that no officer is willing to speak about it on record. Privately, though, they make no secret of their unease. “If this continues for long, it could disrupt the whole administration, which works under a time-honoured chain of command,” says an officer.

Even ruling party politicians, completely sidelined under the new system, are not comfortable with the idea of a super bureaucrat. “So long as he stayed behind the scenes, it was fine,” says a senior BJD leader, who doesn’t wish to be identified. “But ever since he started showing up in public and sending offic­ers into a tizzy, resentment is growing in the BJD and the administration.”

No one dares protest as they know Pandian is doing what he is ­doing not on his own, but with the CM’s sanction.

Navin Das, editor of Odia daily Nirvay, believes it is part of Naveen’s design to hand over the entire administration to his trusted private secretary. “It has no parallels anywhere in India; a secretary without a department (5T is not a ­department) lording over all departments and the state administration as a whole. Even the chief secretary, who alone should have such powers, has been reduced to a cipher. This does not augur well for the bureaucracy’s morale and is unacceptable in a democracy in which elected representatives, not babus, should wield power,” he says.

Most people tend to agree with this view. But no one dares to oppose it as they know Pandian is doing what he is doing not on his own, but with the CM’s sanction. Insiders say his sway over Naveen and the latter’s dependence on him is now total. “He now decides how the CM would sit, what he would say and when he would smile while facing a TV camera or some VIP in his room,” says someone who should know.

Not every officer is opposed to Pandian’s working style, though. “Sir is a workaholic and expects the same from others,” says the general manager of a state-run corporation, who once worked under Pandian. “Only those who don’t do their work properly and have been used to sloth for years are opposing him.” Like most others speaking on the super bureaucrat, she too doesn’t want to be named. The fear of incurring Naveen’s wrath has prevented officers and BJD politicians from speaking up against the extra-constitutional system of governance so far. But observers say they cannot be expected to be silent ­forever—their patience might snap, after which all hell could break loose.