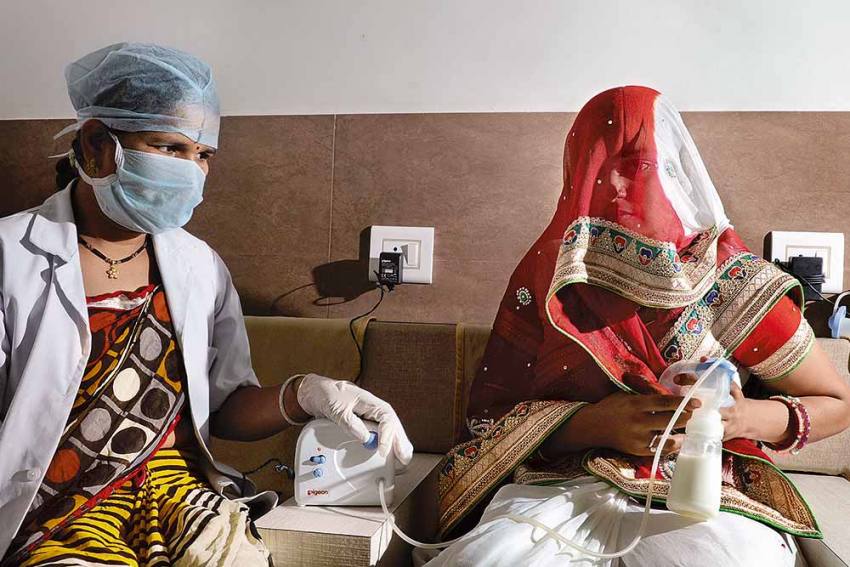 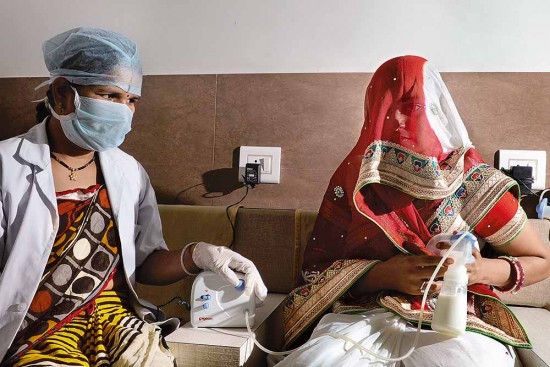 When Zarina (pseudonym to protect privacy), a resident of Bangalore, delivered a premature baby in seven months, doctors lost all hope. The infant was 700 gm and Zarina couldn’t lactate. They fed her iron-­fortified milk, which she was unable to digest. So they got in touch with Amaara, a human milk bank supplying milk to pre-term babies. When the baby received human milk after three days on a ventilator, she immediately began responding to treatments. She is now a year old and has no medical complications.

The World Health Organization says that mother’s milk is critical for infants and young children as it helps build ­immunity. Formula-fed babies are at greater risk of necrotising enterocolitis. Some new mothers can easily breastfeed their babies, while others find it challenging. In case mother’s milk is unavailable or insufficient owing to health concerns or pre-term delivery, babies can be weaned on milk sourced from a human breast bank. This is also recommended when a mother has an illness which could be passed on to the baby.

However, before opting for donated milk, it is recommended to consult a doctor. Suresh Birajdar, consultant, paediatrics and neonatology, Mother­hood Hospitals, Mumbai ­says, “Doc­tors can guide mothers regarding breast milk banks. Even if milk from the bank may seem like a decent alternative, it may not provide nutrition like mother’s milk as it is heated and pasteurised. Since banked milk is scarce, premature babies and those in neonatal intensive care units should get priority.”

“When donors contact us, we send bottles and a breast pump to their homes and advise them on how to collect the milk,” says Sreenath Mani­kanti, HOD Neonatology, Fortis  La Femme Hospital and Amaara Human Milk Bank, Bangalore. Launched in October 2017, Amaara was Bangalore’s first human milk bank. It presently supplies milk to 45 hospitals across the city. They give it free to government hospitals and charge private hospitals Rs 2.30 per ml, including delivery. As a non-profit ­organisation, they charge this amount to cover maintenance costs. According to international guidelines, the milk can be stored for 180 days. 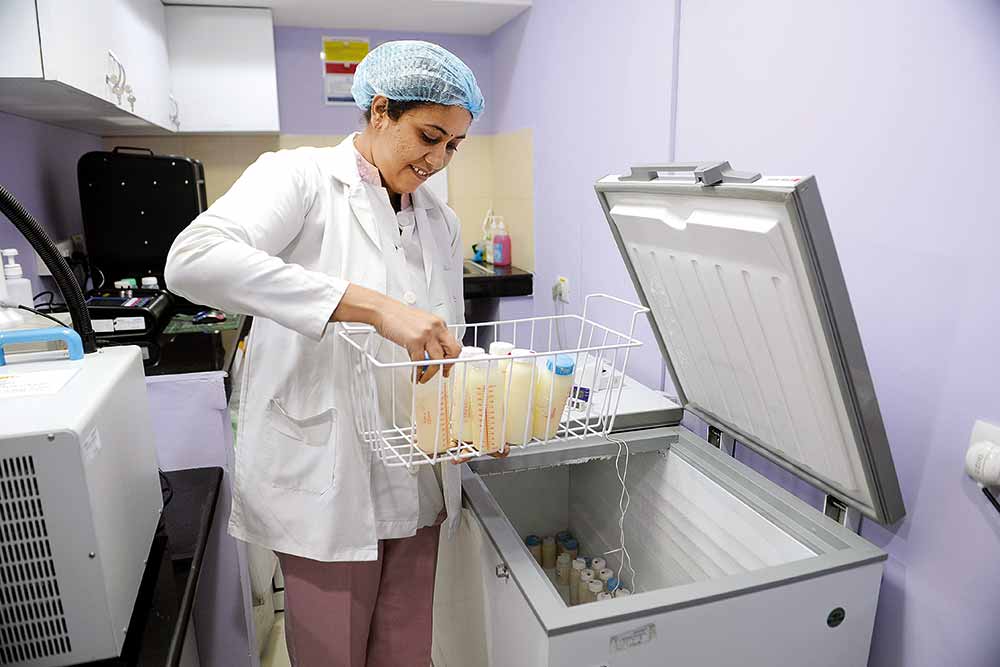 “Sometimes, we have cases where mothers are hesitant to accept donor milk. There is a belief that the baby will get attached to the mother whose milk they are having. But in most cases, the only thing that matters to them is whether the milk is coming from a healthy person,” says Manikanti.

Raghuram Mallaiah, director, neonatology, Fortis La Femme, Delhi, feels that human milk banks have revolutionised care for premature babies. He, however, adds, “In India, most banks are within hospitals and the milk from these is used only for babies admitted to their neonatal unit. A more cost-­effective way is to establish public banks which pool milk from a particular area and then distribute the donor milk to vulnerable babies ­admitted in hospitals in that area. For this system to be effective, one needs to have an excellent collection and distribution network.”

According to Mallaiah, both mothers of term and pre-term babies can be donors. “To encourage more mothers to donate milk, our bank makes the process easy,” he says. “Mothers express their milk using a breast pump in the comfort of her house. The milk is then labelled and stored in sterile containers provided by the milk bank in a freezer at home. We have a collection service which picks up the frozen milk and transports it safely to the bank on a regular basis.”

Many milk banks and hospitals have dedicated counsellors who convince new mothers to donate milk. Jayashree Jayakrishnan, a Chennai-based lactation consultant, says, “I believe it is necessary to motivate women to give back to society by donating breast milk as it plays an important role in saving lives. As some mothers still worry about societal opinions, it is our duty to convince them ­regarding the greater good that  will ­result from donation.”

Experts say it is necessary to set up more human milk banks as many babies have low weight at birth and 13 per cent of babies born in India are pre-term. “In such cases, mother’s milk or donor milk improves survival rates, and reduces ­infections and feeding-related problems compared to babies on formula feeds,” says Mallaiah. “Studies in different parts of the world have proven this. That is why breast milk banks are important.”

Jayakrishnan claims that though donor milk is the best alternative, it does not have the same benefits as breastfeeding as mother’s milk changes every day to meet the changing needs of a baby based on their age. “Donor milk is usually a pooled collection from several mothers and the ­donors may not have babies the same age as yours. Since donor milk is pasteurised, some of the protective elements are also lost,” she says.

Regardless, it is preferable to source milk from an authorised bank. There are many risks of unpasteurised milk from unscreened donors. It could have harmful substances like drugs, nicotine and alcohol.  “Studies confirm that viruses and bacteria are commonly found in unscreened milk. There is no way to know how milk purchased from unauthorised sources has been stored before it reaches the consumer,” warns Jayakrishnan.