Despite the early COVID-19 scare, the traditionally staggered paddy cultivation pattern went uninterrupted after workforce attrition was tackled by bringing labour from other districts 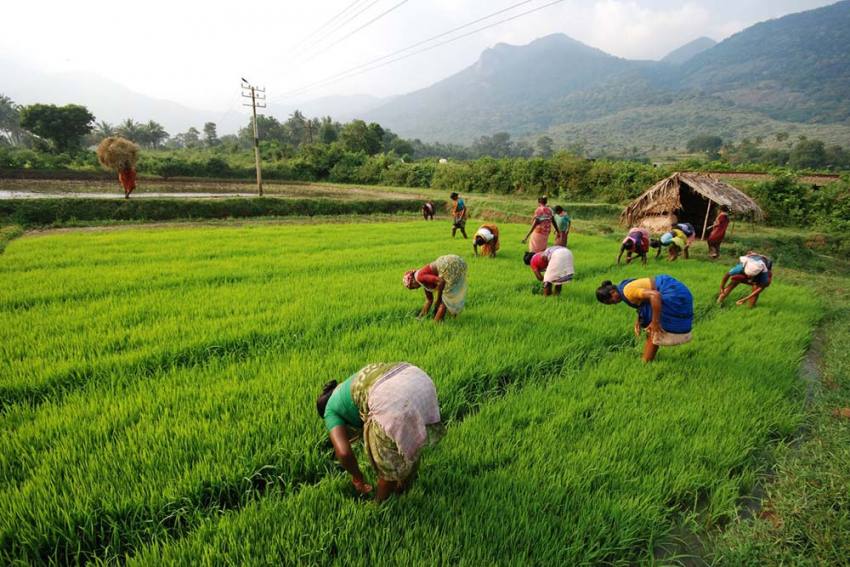 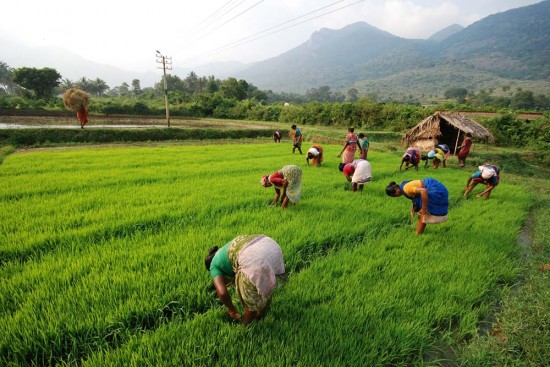 “The only germs I have ever worried about were the ones that blighted my crop,” says Johnson in Edathua. The past week—and the peculiar dynamics of the lockdown—has then been a “learning experience”, he notes, for the roughly 50,000 farmers of Kuttanad, Alleppey, where the ‘puncha’ (rabi) harvest is underway. Unseasonal rain is a major concern at this time of the year. This season though, it is “corona” that has cast a dark cloud on Kerala’s ‘rice bowl’.

A shortage of combine harvesters and their operators—both of which mainly come from Tamil Nadu—threatened to undercut procurement even as the state guaranteed 15 kg rice for each of its 87.14 lakh ration card holders (35 kg for BPL holders). With further disbursement of free rations beginning April 1, the state leadership has enacted special health protocols for load workers, truck drivers and harvester operators. According to P.A. Thomas, a paddy farmer from Muttar, this includes close police observation and measures to ensure hygiene besides daily phone calls from the panchayat and the influential farmers’ collectives.

“There are also strict work hours and restrictions on the number of people working at one time to allow for as much social distancing as possible. The police are watching carefully, so I can’t be present for as long as I would like. Even providing soap and water to the workers for sanitation is monitored,” says Thomas, who would have preferred to be more hands-on at this crucial time. “But our health comes first,” he adds.

Among the COVID-19 protocols instituted are restricting the harvesting period, the provision of food and accommodation to workers in keeping with public health diktats, issuing special passes to ferry fuel for machines and seamless transport of harvested grain to mills. In addition, local bodies have been permitted to turn schools and halls into makeshift godowns if the need arises. As a stop-loss measure, workforce attrition has been tackled by bringing in labour from other districts.

Workforce attrition has been tackled by bringing labour from other districts.

With the administration bringing the the district under Section 144, Kuttanad’s six agronomic zones have seen uneven, albeit generally steady, harvesting. In upper Kuttanad, where both Edathua and Muttar fall, the second crop season (the first, irrippu, typically begins in April-May and ends in September) begins in October-November, whereas in Kainakary gram panchayat (in lower Kuttanad), the puncha crop is harvested in February and March. Despite the early COVID-19 scare after the country’s second case was reported in the district in January, the traditionally staggered cultivation pattern on the community’s paddy fields was uninterrupted, says C.K. Samuel, a farmer from Kainakary who wrapped up his harvest in early March.

According to the Kerala State Civil Supplies Corporation (Supplyco), which monitors everything from seed allotment to farmer registration and grain procurement, some 57 million kg of rice has been obtained from the roughly 27,500 hectares set aside for paddy in Alleppey. Kuttanad is the largest in both production and farmland area. The other major rice-growing districts include Palakkad and Thrissur, both of which face uncertainty.

Whereas hard bargaining by rice mill owners is usually the biggest headache, the coronavirus panic set in and caused harvester owners in neighbouring states to suspend loaning their mac­hines. Nor did out-of-state workers feel safe enough to return to Kerala’s fields. It took the formation of a high-level crisis management cell that included various ministers to ensure both the harvest and procurement began on a war-footing. As the lockdown began, clarification from the chief minister’s office was needed to highlight paddy procurement as an essential activity.

“Without such intervention, the result would have been very different. The government’s efforts to source workers were crucial,” says Johnson, who is reasonably confident of a good yield. “After the floods and other crises, we have learned to always expect and prepare for the worst while hoping for the best. We have to think about our families and their health, but at the same time, our farms are our lifeblood.”