Taranga Gogoi has seen Assam's BJP strongman Himanta Biswa Sarma from close for 20 years. This is quite a unique partnership. 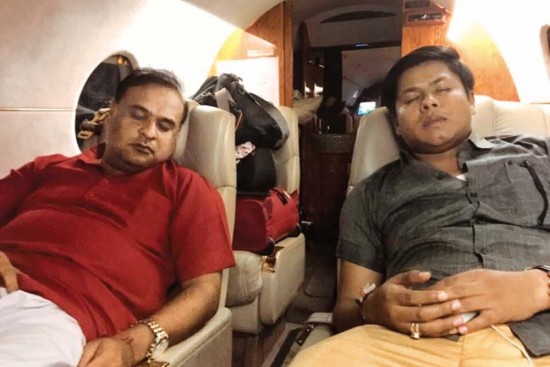 The story of Himanta Biswa Sarma’s famous fall-out with Congress president Rahul Gandhi—who was allegedly busy feeding his dog ‘Pidi’ when they met at his Delhi residence—is now part of Assam’s political folklore. Shortly after walking out of the Congress in 2015, Sarma joined the BJP; and within a few years he has firmly entrenched himself as one of the key strategists of the saffron party in the Northeast, successfully pushing the Congress out of power in the region. Elections: Number Game

Congress leaders and critics may see Sarma, 50, as an opportunist ready to change ideologies for his political survival. But for those who admire the wily leader, he is a master craftsman who chisels his fortunes on the hard granite of politics.  And among those who hold the Assam minister in high esteem is his close confidante for nearly 20 years, Taranga Gogoi, the vice president of the state BJP’s youth wing.