Home  »  Magazine  »  National  » Cover Stories  » Ecovid-19 Lockdown »  Rumours Of Panaceas For COVID-19 Abound, But Some Might Do More Harm Than Good

Rumours Of Panaceas For COVID-19 Abound, But Some Might Do More Harm Than Good

Across the world, researchers are testing several antiviral drugs for their efficacy in treating COVID-19. So far, no therapeutic drugs have proven to be effective against the novel coronavirus. 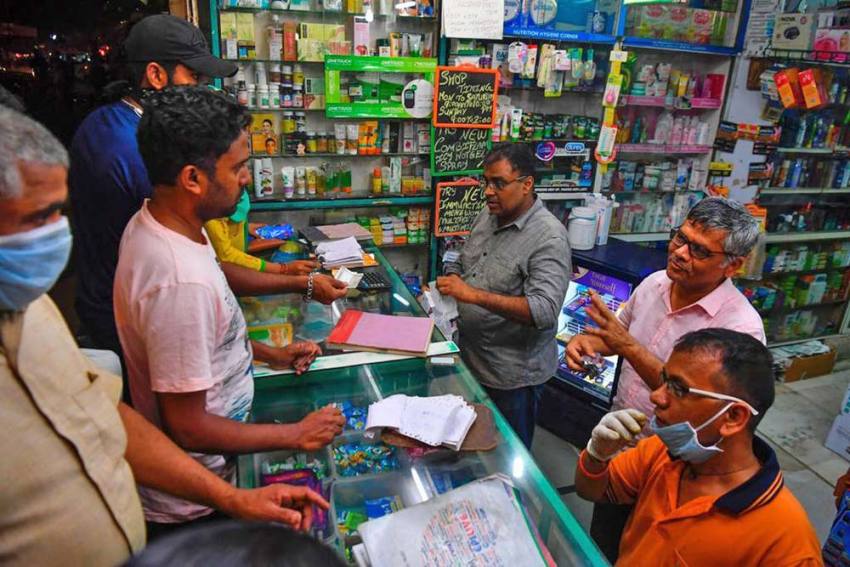 Lethal Cocktail
There has been a spike in demand for antivirals that purportedly cure COVID-19
Photo by Getty Images
Ajay Sukumaran March 27, 2020 00:00 IST Rumours Of Panaceas For COVID-19 Abound, But Some Might Do More Harm Than Good 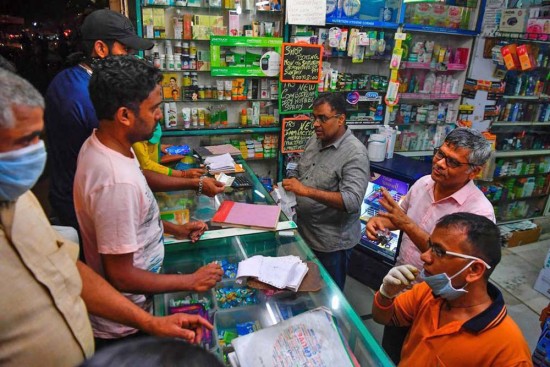 After US President Trump and WhatsApp forwards endorsed the anti-malarial drug hydroxychloroquine (HCQ) to fight COVID-19, authorities and chemist associations have cautioned people against buying it—and other antiviral drugs. On March 24, the Delhi drugs control department sent out an advisory to chemists after observing that “some consumers were buying the medicines for prophylactic use”. The National Pharmaceuticals Pricing Authority of India too put out a tweet warning against self-medication.

“Only by prescription, it will be sold,” Rajiv Singhal, general secretary of the All India Organisation of Chemists and Druggists (AIOCD), told Outlook. Singhal says his association, which covers about 8.5 lakh chemists, has sent out strict instructions not to give out azithromycin, HCQ, chloroquine, lopanavir and ritonavir unless prescribed by a registered medical practitioner. “HCQ normally isn’t a medicine in high demand, but early this week there was a sudden spurt in queries,” he adds. “Rumours are creating the issue. Our doctors are doing a wonderful job and people shouldn’t panic.”

On March 22, the Indian Council for Medical Research (ICMR) had put out a note regarding the recommendation by the National Taskforce for COVID-19 on the use of HCQ as a prophylactic agent. But this was intended for use only in exceptional circumstances that called for the protection of high-risk individuals.

“It is recommended only, and I mean only, for a healthcare worker who is treating a COVID-19 patient,” ICMR chief Balram Bhargava emphasised at a recent briefing. The only other circumstance the recommendation applies to—as a preventive measure—is that of a person caring for a laboratory-confirmed positive case.

Meanwhile, in the US, Trump’s controversial description of HCQ as a potential “game changer” has drawn criticism. An Arizona man died and his wife became critically ill, apparently after ingesting chloroquine phosphate, which they had been using to clean their fish tanks.

Across the world, researchers are testing several antiviral drugs for their efficacy in treating COVID-19. So far, no therapeutic drugs have proven to be effective against the novel coronavirus. There are more than 20 ongoing treatment studies in China using chloroquine, according to a WHO research blueprint in mid-March. Chloroquine is being evaluated because it was reasonably active in vitro (laboratory experiments) against SARS-CoV, MERS CoV and SARS-CoV-2, the virus that causes COVID 19. But how that translates in vivo isn’t clear, it said. Chloroquine has shown in vitro activity against viruses causing chikungunya, dengue and influenzas, but in-vivo studies in animal models and randomised controlled trials in humans have been largely disappointing, it noted.

“So, infection spreads easily and is more virulent than flu,” he adds.

Other antivirals, like HIV drugs lopanavir and ritonavir, are being tested based on the learning from the experiments with SARS and MERS—in Saudi Arabia, for instance, there is an ongoing trial using these drugs against MERS.

So far, only the results of an early Chinese trial on hospitalised adult patients with severe COVID-19 at the Jin Yin-tan Hospital in Wuhan are available, and the results aren’t promising—no benefit was observed with the lopinavir–ritonavir treatment beyond standard care, say the researchers, pointing to the need for more trials to confirm or exclude the possibility of a benefit.

In India, the Central Drugs Standard Control Organisation has approved the restricted public health use of lopinavir-ritonavir combination among symptomatic COVID-19 patients. The approval, explains a senior scientist, was based on the need to have some drug to be able to use on compassionate grounds, which is allowed in public health emergencies. “There are a lot of global trials going on right now. In India, we haven’t yet started any trials,” says the scientist.

One Flu Over The Cuckoo’s Nest