Heer, Ranjha And A Mom’s Hitmen: A 19 Year Long Quest For Justice For Murdered Wife

Mother, uncle extradited from Canada to face trial in murder case of Jaswinder Kaur, 19 years ago 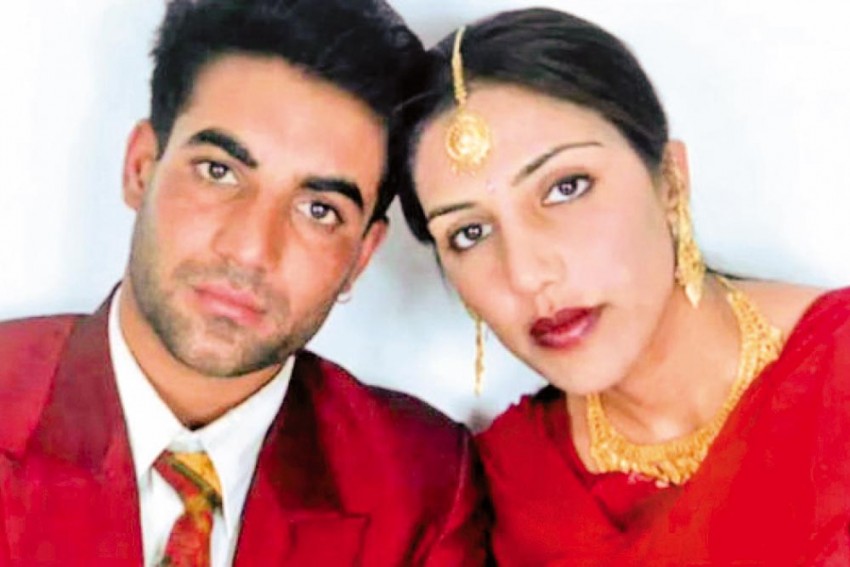 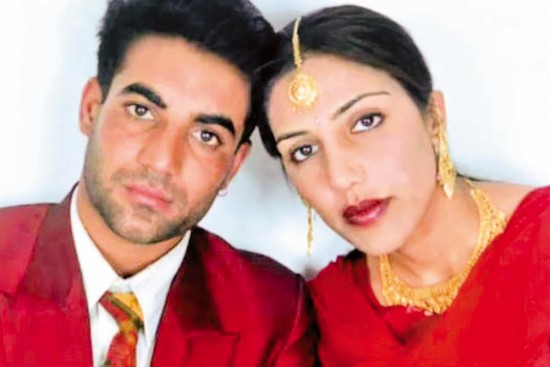 She was on an autorickshaw, in for her maternal uncle’s home in Kaunke village in Punjab’s Jagraon. He was on foot, ­returning home from a kabaddi match. She was 24. He was a year older. And it was love at first sight when their paths crossed on that chilly evening in December 1994. Jaswinder Kaur ‘Jassi’ was the daughter of a multi-millionaire from British Columbia in Canada. Sukhwinder Singh Mithu was from a lower middle class Jat Singh family of Kaunke. By India’s strict socia­­l divisions, they were not even destined to meet. But they were married by May 1999, albeit secretly. It set in motion a chain of events that ended with the murder of Jassi in 2000 by contract killers allegedly hired her own family. It also marked the beginning of Mithu’s 19-year-long quest for justice.

Mithu believes his quest could be nearing end after Jassi’s mother Malkiat Kaur Sidhu and uncle Surjit Singh Badesha were recently extradited from Canada to face trial in the murder case, which under­lines Punjab’s obsession with “family honour” that has resulted in deaths of many young men and women over the years for marrying against family wishes. In most cases, family members are alle­gedly invol­ved in what have come to be known as “honour killings”. Police cases are rarely filed and conviction rates are also low, say activ­ists who have been battling the social evil in Punjab and Haryana.

But Jassi has remained steadfast. “This is the happiest moment of my life after she (Jassi) went. Now I can say that justice is (about to be) delivered to Jassi,” Mithu says outside the Sangrur police station. “Up there Jassi must me glad, that I have fought for her and brought the perpetrators of her murder to Punjab,” Mithu adds looking towards the sky. But he knows it is still a long haul to take the case to its conclusion and that he would continue to face the wrath of her family which allegedly made many attempts to derail the case and buy his silence.

It’s by sheer luck that Mithu is alive to tell his story; a beautiful and tender love story that bloomed in the land of Heer and Ranjha and ended in similar tragic circumstances. After their first contact, Jassi returned to Canada where her parents are owners of lucrative blueberry orchards. They rema­ined in contact through letters and phone calls and she returned in 1999 upon learning that her parents were looking for a match for her. They married secretly at a gurdwara in Amritsar. When Jassi returned to Canada, her parents came to know of her marriage and kept her in confinement. Her unc­le’s family lodged a police complaint against Mithu in February 2000, accusing him of kidnapping Jassi and marrying her forcibly.

It’s by sheer luck that Mithu is alive to tell his story; a beautiful and tender love story that bloomed in the land of Heer and Ranjha and ended in a similar tragedy

However, Jassi managed to escape and travel to India in 2000 when she gave a statement to police exonerating Mithu of the allegations of abduction. Finally toge­ther, the couple began their life anew hoping that time will make her parents accept their relationship. But the opposite happened. Furious over her acti­ons, Jassi’s mother Malkiat Kaur and uncle Surjit Singh hatched a plan to kill Mithu and take the daughter back to Canada. In their charge sheet, police alle­­ge that a deal was fixed for Rs 7 lakh and the conspiracy included police sub-inspector Joginder Singh, who has since been awarded life imprisonment, along with six others, in the case. 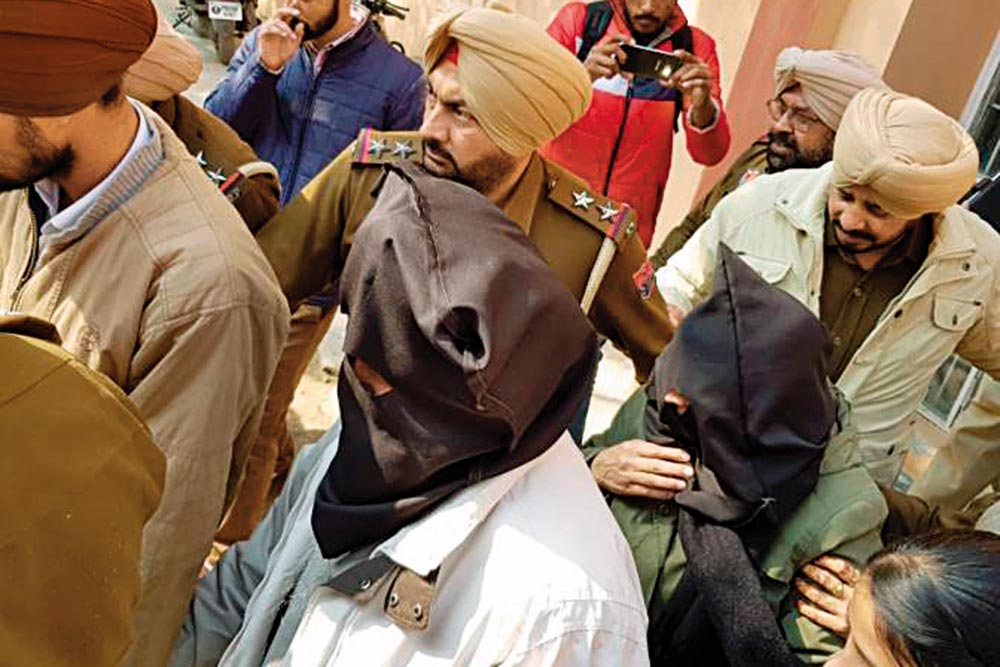 Jassi’s mother and uncle in court.

On the fateful day—June 8, 2000—Jassi insisted on going out for a scooter ride with Mithu in the evening and he obliged by taking her out for coffee. But barely had they travelled a few km when the couple was attacked by hired killers waiting by a car by the roadside. Some of them held Jassi, while Mithu was ­assaulted with swords and sticks by others. Even as the profusely bleeding Mithu fell down, he could hear Jassi crying for help. Mithu passed out and the killers threw him into a drain thinking he was dead. However, two passersby saw him and took him to a hospital. Mithu came to know later that Jassi’s body was found the following day in Ludhiana with her neck slit.

“I want life imprisonment for Jassi’s mother and uncle, so that every day they wake up in prison they should repent what they have done.”
Sukhwinder Singh

The police charge sheet says after dumping Mithu, the hired assassins forced Jassi to speak to her mother on the phone. Prime accused Anil Kumar, also sentenced to life, told the police about the phone call. Crying hysterically, Jassi is quoted to have told her mother, “Mom, I will expose you before police tomo­rrow”. According to police, it was then that Malkiat Kaur ordered the hired men to “kill Jassi too”.

Inspector general (headquarters) of Punjab Police, Jatinder Singh Aulakh, says it was a tough case to crack. “Mithu was seriously wounded, was unconscious in hospital for many days, and Jassi had died. There was no eyewitness when I took over the case,” he says. Palwinder Singh Cheema, Sangrur DSP, says investigators went through 300 phone calls—most of them between Surjit Singh and the killers—to build a “watertight” case.

Jassi’s family tried every trick to dissuade him from pursuing the case. “So much so that Malkiat and Surjit gave him multi-crore rupees deals, offered him 40 acres along the state highway near his village,” says a friend of Mithu. “But he refused and as a reaction eight fake cases were registered against him, of possessing contraband drugs, keeping Jassi in illegal confinement and one of rape,” adds Mithu’s lawyer.  Elected as a gram panchayat member twice, Mithu wanted to contest for sarpanch last December. But he abandoned the idea as he has a “big fight” coming up. “I want life imprisonment for Jassi’s mother and uncle, so that every day when they wake up in prison they should repent what they have done,” Mithu adds. He has waited 19 years for that day.

The Tendency To Be Tendentious