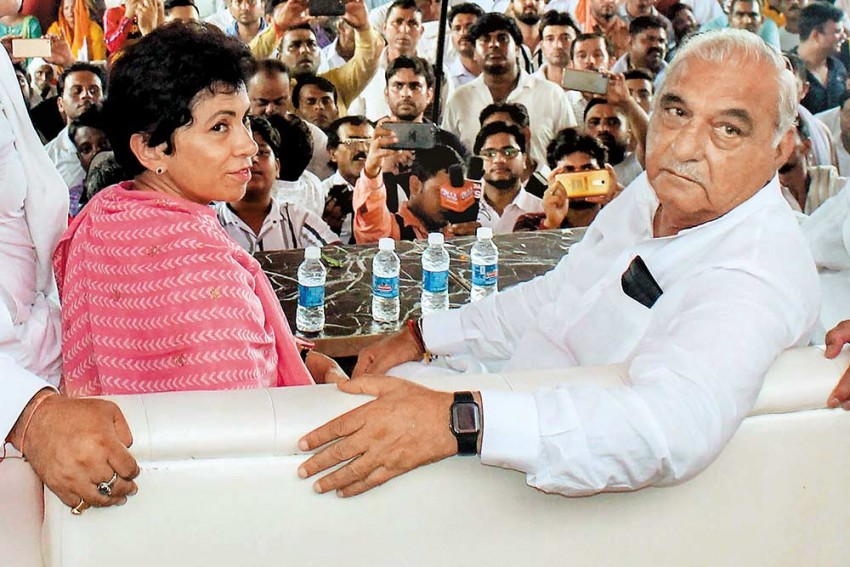 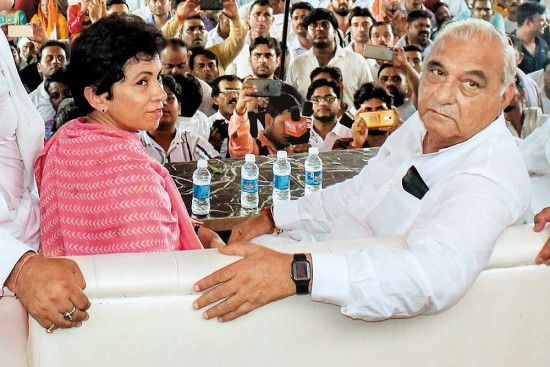 As Haryana braces to elect a new government, the buzz in Bhiwani once again revolves aro­und a question many in this dusty town, situated just over 100 km from New Delhi, have asked countless times over the past decade—will the sports infrastructure here and the lifestyle of its budding sportspersons improve? What’s the connection between an election outcome and the state of sports facilities in a small town, one may ask? Plenty, and interestingly, it’s not limited to sports.

Back in 2008, local boy Vijender Singh’s bronze winning bout at the Beijing Olympics drew the world’s attention to the many wrestling akharas and amateur boxing clubs that dot Bhiwani, giving it the moniker of ‘Little Cuba’. Besides Vijender, India’s boxing contingent once included Akhil Kumar, Jitender Kumar and Dinesh Kumar—all Bhiwani boys mentored by Jagdish Singh at the Bhiwani Boxing Club. Over the next decade, Bhiwani and this club produced with ­remarkable consistency boxing and wrestling sensations—not just men, but women too. This encouraged then chief minister Bhupinder Singh Hooda to ­announce on multiple occasions, “padak lao, pad pao” (bring a medal, get a job), a lucrative slogan that encouraged local sportspersons to win medals and get government jobs. 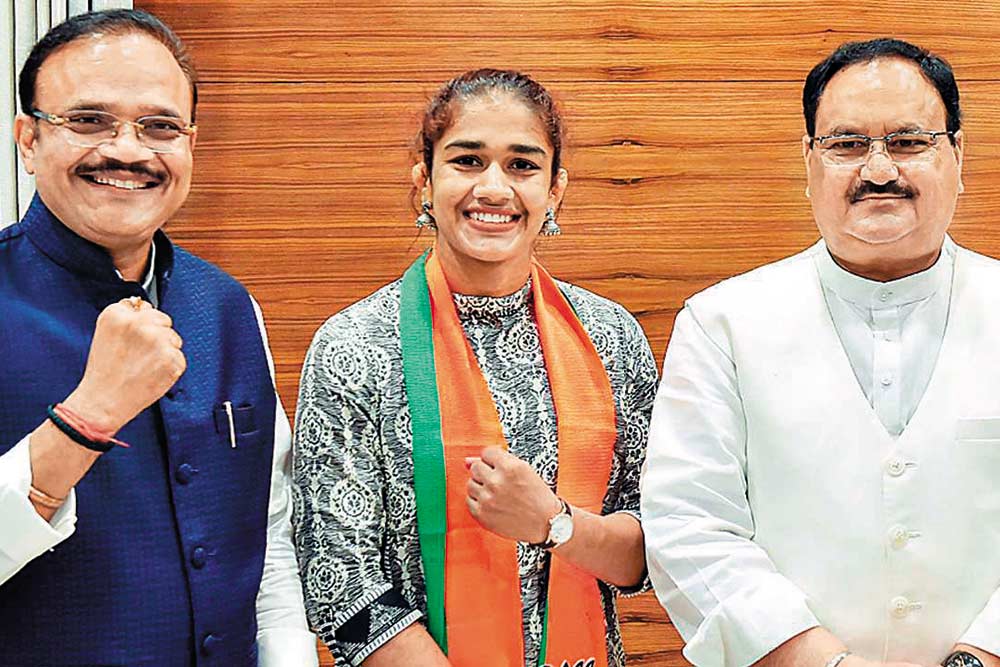 Boxer Babita Phogat (centre) is a star candidate for BJP.

Cut to the present election. Three sports celebrities—former Indian hockey captain Sandeep ‘Flicker’ Singh, 2012 London Olympics bronze winning wrestler Yogeshwar Dutt and Commonwealth Games gold winning wrestler Babita Phogat—will make their electoral debut as BJP candidates. Singh has been fielded from Pehowa in Kurukshetra while Dutt will try his luck in Sonepat’s Baroda ass­embly segment. Phogat, the inspiration behind the Aamir Khan-starrer Dangal, will contest from the Dadri seat that falls in Bhiwani. The three have already emerged as star attractions of the polls. Dutt and Singh are caught in a direct contest with Congress candidates Krishan Hooda and Mandeep Singh Chatha respectively. Phogat is pitted against Congress’s Nirpender Sangwan and Jannayak Janata Party’s (JJP) Satpal Sangwan, both former MLAs.

The BJP remains the popular choice in the state which had backed its candidates in all the 10 Lok Sabha seats in the last general elections. A fractured Opposition comprising the Congress, Indian National Lok Dal (INLD) and its splinter group, the JJP, has placed the trio within striking distance of victory. There’s a slight hitch though; one that should possibly worry Phogat a tad bit more than Dutt or Singh while giving some food for thought to the BJP too.

“Sportspersons getting tickets in elections is nothing new. Vijender too had contested the recent Lok Sabha polls (unsuccessfully from South Delhi on a Congress ticket). Even if Phogat or Dutt win, we have to ask ourselves, will their victory improve anything for us, for Bhiwani. Phogat is contesting from a seat that falls in Bhiwani but she has not said a word yet about what she plans to do for our sportspersons if she wins,” Kamal Singh, patron of the Bhiwani Box­ing Club tells Outlook. 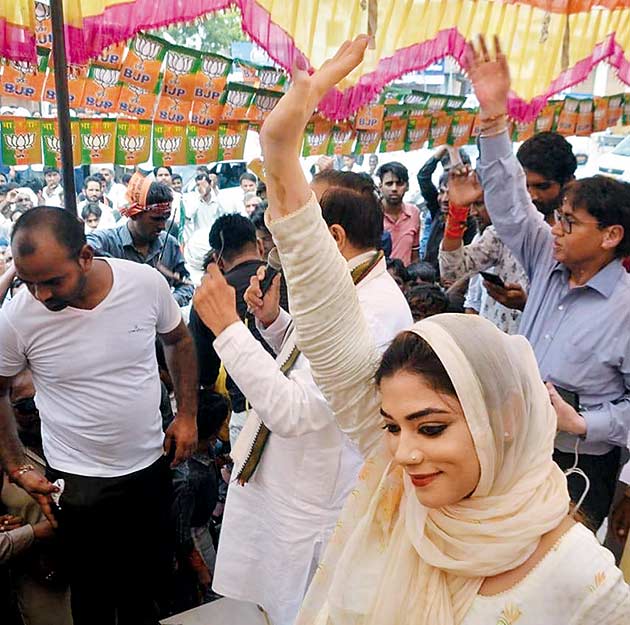 On the way to catch a flight to London, the broken, potholed roads of Mewat held the idealist 28-year-old back. Daughter of
a retired judge and a bureaucrat mother, Nauksham Chaudhary has never lived in Punhana, but she used to make an annual trip to meet her relatives. This time she decided to stay back and make a difference, choosing to fix things back home over her Rs 1-crore package job in London. A Miranda House alumnus, Chaudhary has done courses in Italy and the UK.

For BJP, she offers a novelty factor on a seat it has never won. One of the youngest candidates in the fray, Chaudhary says “there is no point living in a ­far-off country when your people are deprived of even basic facilities like housing, water, health and education”. She also wants to work for the uplift of women in the area. She is banking on the support of her party, the local people and the goodwill her family enjoys.

Electoral success for sports personalities rarely brings a windfall for the city, club or compatriots that helped them achieve their ‘celebrity’ status. Did Pun­jab’s cricket infrastructure see any marked improvement with Navjot Singh Sidhu’s repeated electoral wins or did Madhya Pradesh’s hockey scene change for the better after Aslam Sher Khan became a Union minister? Not rea­lly. Will Phogat, Dutt or Singh change that if they win? Can’t say.

Bhiwani’s decrepit boxing clubs and wrestling akharas give a glimpse of other complex realities too. “There are eight amateur boxing clubs and 12 akharas in Bhiwani where over 15,000 youths train in boxing, wrestling and kabaddi. This is the only district across the country to have 24 Arjuna awardees and four Dronacharya awardees. Despite all this, the BJP government has turned down our repeated requests for better infrastructure. Hooda’s government gave sportspersons a daily allowance of Rs 375 while M.L. Khattar brought it down to Rs 300,” Kamal Singh says. 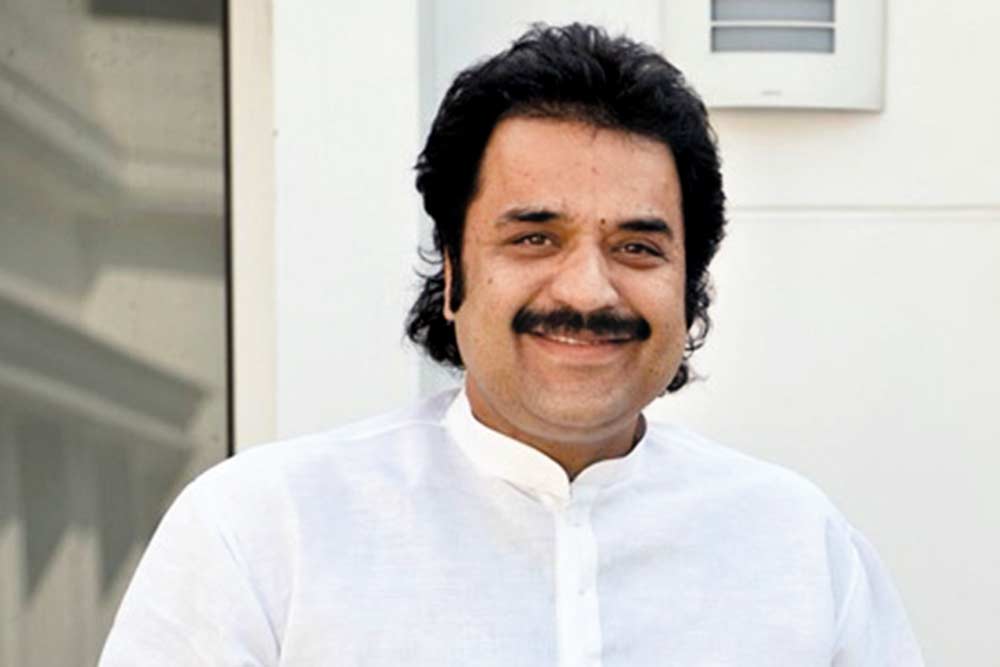 The two-time MLA from Adampur is sure of victory from the seat that has been his family fortress for over five decades. What Sonali Phogat terms nepotism, Kuldeep Bishnoi calls rich legacy. “The seat is like family to us and we have nurtured it over the years,” Bishnoi, 51, says.  The seat has stayed with the family since 1968—represented by his father, late Bhajan Lal, eight times (also twice Haryana chief minister), mother Jasma Devi and wife Renuka Bishnoi.

He is quick to dismiss the challenge from Phogat. “Popularity on TikTok does not count. It cannot guarantee a win. She does not und­erstand the constituency and its problems. We get the love of the voters because of our hard work,” Bishnoi says, alleging that the BJP governments in the state and Centre had stalled many dev­elopment projects in Adampur.

The government has been harassing people, he adds. Bishnoi’s 13 properties were raided by the Income Tax department in July. He says, they found nothing. “She is welcome here. We will treat her with halwa-poori but she should not expect votes.”

Rambir (21), a budding boxer at one of the town’s amateur boxing clubs, tells Outlook, “Every boy here wants to become Vijender and girls want to become a Babita or Geeta Phogat but unemployment is also a motivator. Many think that if they win a medal or two, they might land government jobs. If there were other job avenues, the youth would be inspired to pursue those too.” Rambir’s statement makes a lot of sense when seen in the context of Haryana’s unemployment rate of 28.7 per cent, the highest in India.

The BJP appears all set for a second stint in Haryna, where it was only a minor player till a decade ago.

A woman wrestler who hails from Jhajjar district tells Outlook, requesting anonymity, “Wrestling runs in our blood but it doesn’t necessarily fill our stomachs. Most of those training as wrestlers or boxers, a majority of them from places like Bhiwani, Sonepat, Rohtak and Jhajjar, come from big families with small incomes. We are encouraged to take up sports because our families can’t afford to put us in good colleges. Few make it big like Phogat or Pooja Rani; for others it’s a constant struggle.” Then, with half a smile, she says, “for girls, pehalwani also means we can defend ourselves.” She may have said this in jest but juxtapose the sentiment with Haryana’s crime rate against women. The state, according to the Khattar government’s own report ­tabled in the assembly last year, saw a 47 per cent increase in the number of rape cases and doubled its incidents of kidnapping of women in just four years—from Sep­tember 2014 to August 2018. 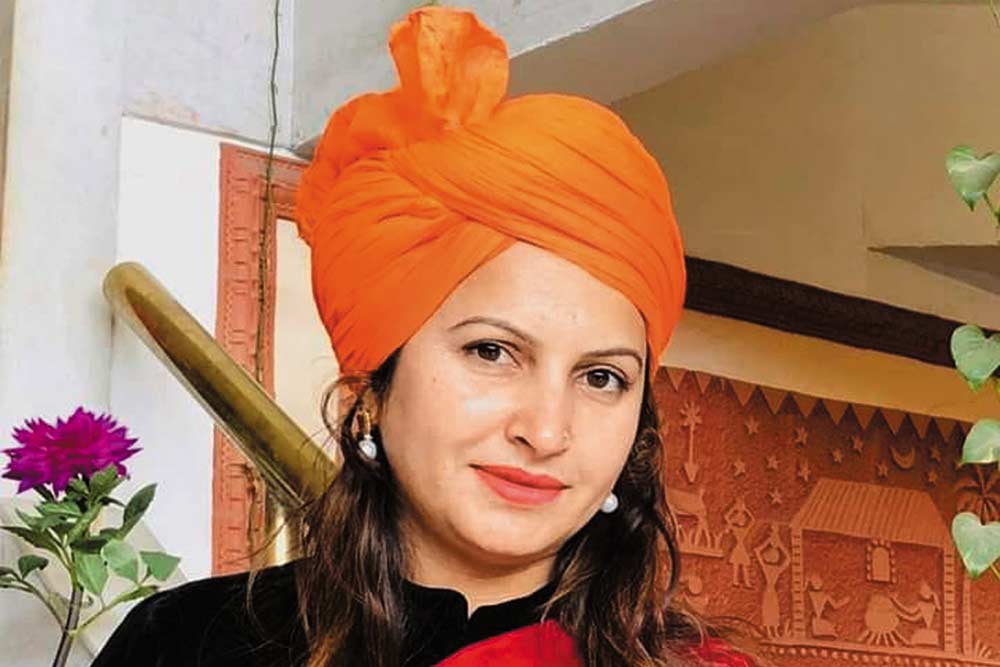 Sonali Phogat, 40, is somewhat confused­—whether to cash in on her TikTok popularity or to break from that image and appear a serious politician. She is veh­ement in her denial that the BJP gave her the ticket to try and breach the Bhajan Lal family bastion of Adampur because of the 1.4 lakh followers she had on the Chinese video-making app. In several videos that she has shared, Phogat is seen lip-syncing to Bollywood numbers of all kinds—merry and melancholic. Her followers have gone up to over four lakh since she got the ticket. Phogat has also acted in movies and TV serials.

She insists that she hasn’t got the ticket to take on two-time Congress MLA Kuldeep Bishnoi because of TikTok and the glamour quotient. “I have been with the BJP for the past 12 years. I have got the ticket because of my hard work in the party,” she tells Outlook. She is desperate to prove her “serious” credentials as she took recourse to BJP’s nationalist narrative at a rally in Balsamand. Her aggressive att­empts backfired as she had to put out an apology video because of her taunts and terming the people who did not shout the slogan “Bharat Mata ki Jai” as “Pakistanis”.

Though she has taken a break from TikTok for campaigning, she promises to continue using social media to spread awareness and connect with the youth after she is elected. Yes, she is also confident of winning.

But the BJP still appears set for a second stint in the state where it was only a minor player till a decade ago. The Congress under Hooda and state unit chief Kumari Selja is still busy dousing factional fires, and Om Prakash Chautala’s INLD has imploded since his grandson, Dushyant Chautala, formed the JJP. The consolidation of non-Jats—the 35 biradaris of Haryana, including the Punjabi, Vaish, Brahmin, Gujjar, Rajput, Ahir and Jat Sikhs—by the BJP as opposed to the over-reliance of the Congress, INLD and now the JJP on the 36th biradari, the Jats, has helped the saffron party soar from its paltry 9.05 per cent vote share in the 2009 assembly polls to over 53 per cent in the last Lok Sabha polls.

In Haryana, traditionally the INLD was the natural beneficiary of any non-Congress vote. This mantle moved to the BJP since the Chautala clan broke up following its patriarch’s incarceration for 10 years in a recruitment scam. Yet, if the subtext of conversations at the boxing rings and akharas of Bhiwani are anything to go by, there is disenchantment against the Khattar government. Is it reason eno­ugh for the BJP to get worried?