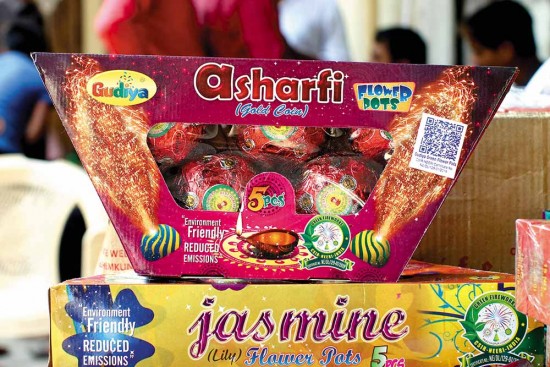 What Is “Green Firecrackers”? Is There Such A Thing As An Environmentally Safe Firework?

The chest puffs up in excitement as the ‘rocket’ explodes in a ball of iridescent sparkles. Happy Diwali/Deepavali! Greetings are exchanged almost in a daze, gasping for oxygen, eyes smarting, shrouded in a haze of smoke as more missiles fly up into the night sky, and the irreverent ‘atom bomb’ splits the ears—human and animal alike. And the incandescent ‘flower pot’ throws up another round of gaseous illumination. Who named that piece of irrepressible rudeness an ‘anaar’? The sweet pomegranate is known for its anti-oxidant properties, never for causing harm to the lungs—those air pumps working obediently, tirelessly from cradle to crib, unless obstructed by an anaar of 10 seconds of fame and flame.