A letter pleading urgent changes in the Congress results in competitive, craven obeisance to the first family. The GOP deserves a status quo. 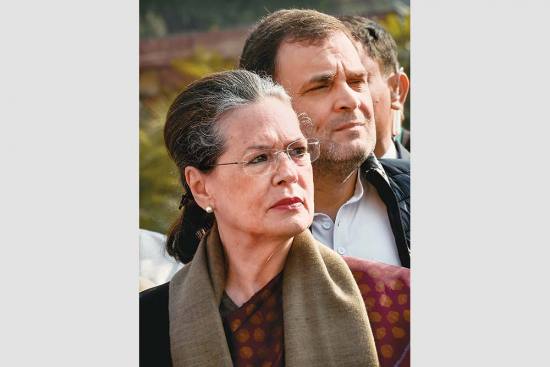 Many cerebral and analytical ways of deciphering the stinging letter to the Congress high command by 23 top party leaders and the stormy Congress Working Committee meeting on August 24 have been proffered by political commentators. Yet, the real trigger for these machinations might simply have been the Grand Old Party’s desire to give everyone—Congress members inclu­ded—frustrated with months of pandemic blues, economic distress and border conflict a solid reason to just let off steam. As a party that doesn’t seem to be doing much for the past six years besides losing elections and governments, was the Congress trying to fulfil its obligation towards national service by giving citizens a few days to bond over the opium of politics?

It is difficult to rationalise why else experienced leaders of a party under a prolonged spell of existential crisis would cause a cacophony of discord among themselves only to reaffirm status quo ante. The letter sent to Sonia Gandhi by 23 of her trusted colleagues—including five former chief ministers, four CWC members, former Union ministers and MPs—days before she completed a year as the party’s int­erim chief demanded radical changes in the Congress organisation along with an “effective, visible and full-time leadership”. The demands, per se, were not new. They had been raised several times over the past year, ever since Rahul Gandhi’s resignation from the Congress presidency forced Sonia to fill the void, temporarily.