India embraces newer tech to stem the spread of COVID-19, but the longstanding stereotype of its system running on ‘jugaad’ is being tested 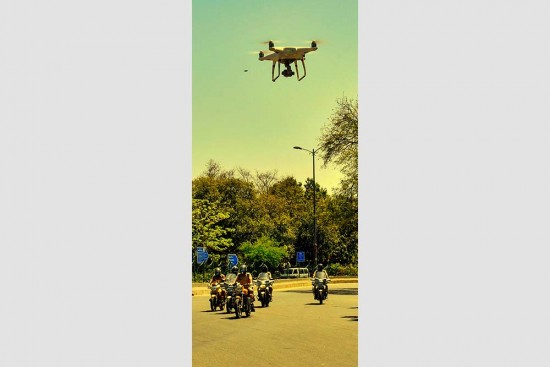 In mankind’s war against a touch-sensitive nanoscopic virus, the soldiers wear scrubs and the war machines dispense hand sanitisers, sterilise hospitals and public spaces, report people breaking stay-at-home orders, or tell if you have come in contact with an infected person. Savvy. But do we have machines and technology to tame an advancing army of mutating, multiplying rogues—like Raktabija the asura who had a clone from each drop of his blood that fell on the ground? Not yet. We are not used to such wars—since that Stone Age giant learnt to strap a sharp flint onto his spear, we trained our brain to build tools to massacre our own species. We never created a missile to slay itty bitty bugs that have killed more humans than all the wars combined. Maybe we will find a revolutionary cure eventually. Until then, we are at the mercy of our evolutionary immune system and the sneaky police drones hovering above our rooftops or by our balconies, checking if we are socially distanced adequately. Don’t be startled if you hear a whirr of propellers and a siren blast. Woop woop, wooooooohhhh! They got you (out and about without a mask).

Yet, as history points out, humans adapt and adopt new tools as the war progresses. Who thought an unmanned flying object—Garuda, a drone—would disinfect the all­eys of ancient Banaras, where purification of the soul presides over life, death and paan spits. Garuda’s first assignment was spraying disinfectants on a coronavirus hotspot in Madanpura, a heavily populated locality. It removed any need to deploy a civic worker for the job and expose him to infection. Similar janitor drones—which we saw with mouths agape on widely shared WhatsApp videos from China in the early days of the pandemic—are on duty in most major cities and towns in India. The eagle Guruda, god Vishnu’s steed, is finding flight deep south too, minus the ‘a’. Kochi startup AI Aerial Dynamics has created the unmanned ‘Garud’ that can monitor body temperature, supply essentials and mist-spray disinfectants.