Home  »  Magazine  »  National  » Covid-19 Centre State »  From Worst To A Role Model, How Bhilwara Turned The Corner In War Against Coronavirus

From Worst To A Role Model, How Bhilwara Turned The Corner In War Against Coronavirus

The Bhilwara model is food for thought for the Union government. In the 1,910 villages in the district, panchayats, panchayat samitis and local SDMs and BDOs were involved in tackling COVID-19 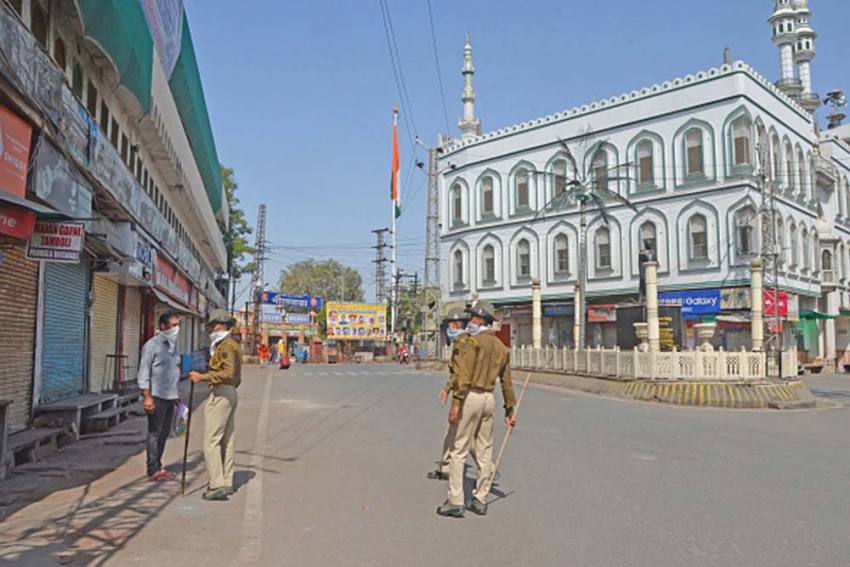 Photo by Getty Images
Bhavna Vij-Aurora April 10, 2020 00:00 IST From Worst To A Role Model, How Bhilwara Turned The Corner In War Against Coronavirus 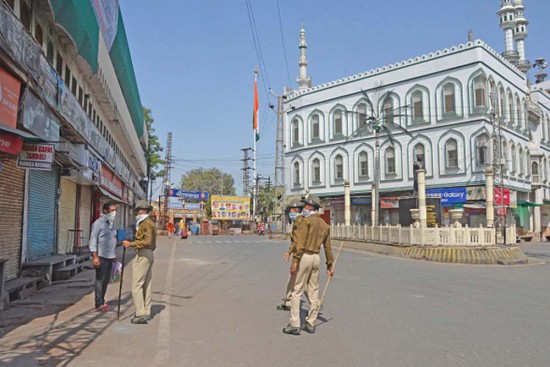 Ruthless containment’ has become a buzzword ever since the ‘Bhilwara model’ darted into the limelight. Bhilwara, 240 km from Jaipur and famous for its textiles, went from being the worst-affected district in Rajasthan to a paradigm in managing COVID-19.

As cases spike elsewhere in the country, nobody in Bhilwara has tested positive since March 30. On March 19, when six doctors and a medical staffer tested positive for coronavirus, the single-minded determination of district magistrate Rajendra Bhatt led to the imposition of an immediate, complete clampdown. He had the situation under control in just over 10 days.

“The chief minister (Ashok Gehlot) gave me a free hand. The first thing I did was isolate Bhilwara by sealing its borders with other districts,” Bhatt tells Outlook. Explaining the model, he says, “It comprises six basic but crucial steps—isolate the district, map hotspots, door-to-door screening, aggressive contact tracing, ramp up quarantine and isolation wards, and put in place a monitoring mechanism for rural areas.”

Within Bhilwara, the epicentre’s containment and buffer zone were turned into ‘no-movement’ sectors. The administration stopped all traffic and ensured daily disinfection. Screening and testing were prioritised for Brijesh Banger Memorial Hospital, the epicentre of the outbreak. Social distancing was also strictly enforced. “No one was allowed to venture out of their house. The administration had taken upon itself to deliver essentials, including food items, rations and medicines to everyone’s doorstep. If people broke the social distancing rule, they were deprived of their rations for the day,” says Bhatt, adding another dimension to ‘ruthless’.

In the 1,910 villages in the district, panchayats, panchayat samitis and local SDMs and BDOs were involved in the task. ‘Corona captains’ were appointed from among SDMs and BDOs, who in turn identified four-five people among the panchayat members, teachers and ASHA workers to be ‘corona fighters’. Their task was to go door-to-door, monitor and spread awareness. As many as 3,000 teams were formed to reach out to 32 lakh people of the district and 6,000 people were quarantined in an effort to vanquish the virus.

Bhatt is aware that the Centre is studying his model as an example for others to emulate. Sources in the government say that cabinet secretary Rajiv Gauba has been advocating the Bhilwara model and it has also been approved by the prime minister’s advisor Amarjeet Sinha.

'The Centre Should Avoid Politics Now’