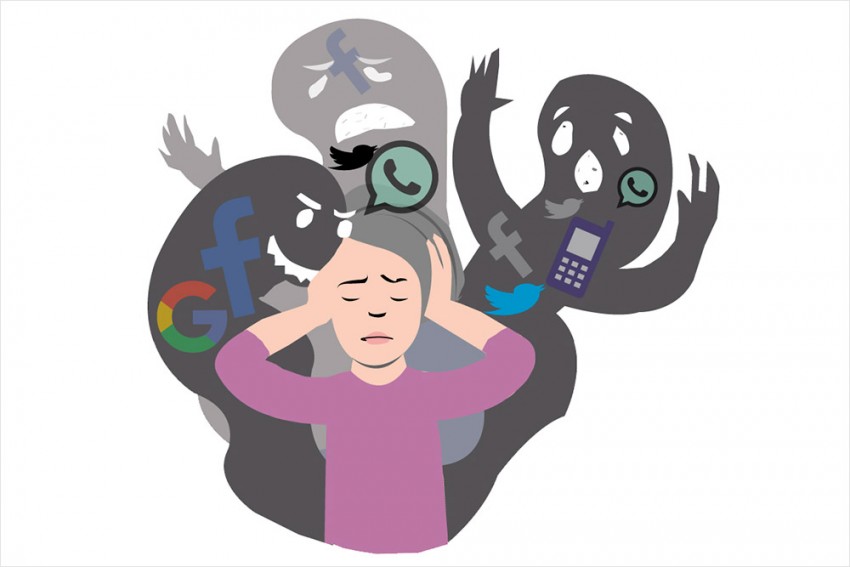 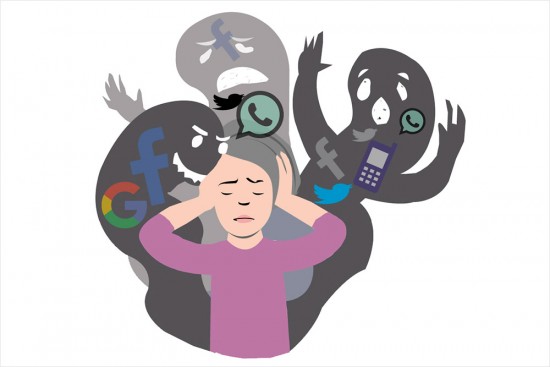 FoMO OR Fear of Missing Out The relentless fear that something’s happening and you’re missing out. A major research by Oxford University documents how FoMO is linked to general discontent, social anxiety and stress.

Phantom Ringing Syndrome Your brain makes you think that your phone is ringing even when it is not.

Nomophobia Or ‘no-mobile phobia’ It’s the anxiety that arises from not having access to one’s mobile device, and ranges from an uncomfortable feeling to full-blown anxiety due to tech deprivation.

Cybersickness People feel disoriented and nauseous from a virtual environment. It happens when our brains get tricked into motion sickness, when we are not actually moving.

Facebook Depression It’s caused by social interaction, or its lack, especially among young people that is directly linked to the amount of time they spend on Facebook. It happens when other people post only good news about themselves—vacations, party pics, fun etc—that creates the false belief among others that everyone else is leading far happier and successful lives than you (when this may not be the case at all).

Internet Addiction Disorder Also called ‘problematic internet use’, it happens to those who use the internet excessively and compulsively, so much that it interferes with one’s daily life.

Online Gaming Addiction An unhealthy need to access online games. The American Psychiatric Association has given it the status of a unique disorder, similar to gambling addiction.

The Google Effect We tend to forget a lot of things simply because our brain knows that all answers are only a few clicks away—on Google.

Truman Show Delusion A kind of narcissistic behaviour, a feeling of being persecuted along with a sense of being very special, it happens to overly connected people, who lead a lifestyle based on reality TV and social media.