Bearing The Brunt Under GST

The post-GST impact has wreaked havoc on small industrial units, resulting in widespread loss of business and jobs. 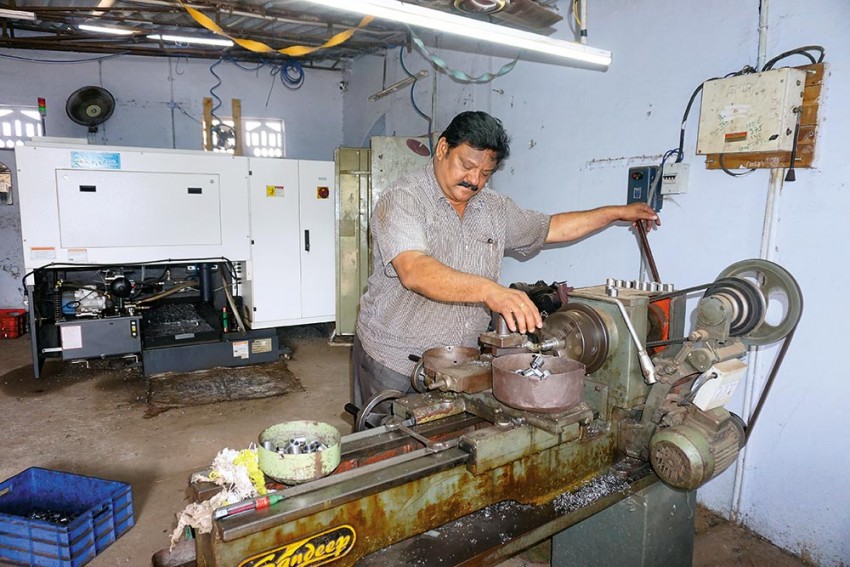 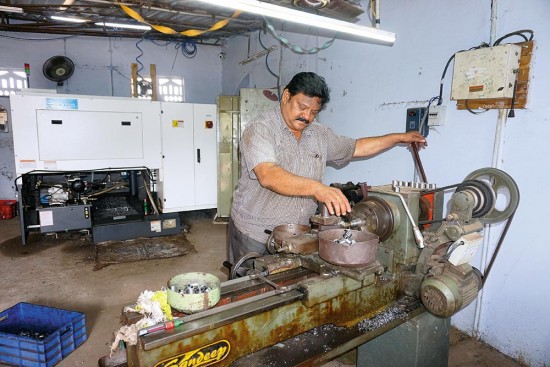 When a much-touted ease-of-business policy fails, even after a year, to fulfil its promise, it breeds helplessness and distress. J. James is not just worried for himself, but also for hundreds of small manufacturers in Coimbatore like him. The post-GST impact has wreaked havoc on small industrial units, resulting in widespread loss of business and jobs. James makes parts for companies that manufacture pumps, generators and motors. Since he sources his own raw material, he has been paying a GST of 18 per cent. Previously, he used to pay just 6 per cent VAT on his products.

Those who bear the brunt under the GST regime say even those who do job orders for firms—getting raw material and design and supplying finished product—are unfairly levied 18 per cent tax. Apparently, companies who sourced finished goods insisted that smaller suppliers must also enrol for GST, even though they fell under the Rs 20 lakh non-GST bracket (now raised to Rs 40 lakhs). Big firms argued that since they needed to claim input tax credit on their GST, even those doing job orders should pay GST. This subjected these one-room machining units to huge financial stress.

The MSMEs (Micro, small and medium enterprises) had been dem­anding a smaller GST of five per cent on job orders. A small-scale unit doing job work has to wait for nearly three months to get paid, resulting in a chronic, intolerable shortage of working capital.

The consequences are dire. Hundreds of machine operators have shut shop and moved to other jobs or towns, forcing, in its turn, many pump and motor manufacturers to close factories or trim production. Indeed, the country-wide GST chaos has played a major part in the unemployment crisis. “With just Rs 2 lakh a machinist could set up shop in Coimbatore, employing three to five people. Over 800 such units have shut down post GST, displacing thousands,” says James, president of TN Association of Cottage and Micro Enterprises. Though his unit is categorised under ‘small industry’, he too has been hurt. “Many small pump and compressor makers who sourced from me closed down. My monthly business turnover has come down from Rs 12 lakh pre-GST to Rs 4 lakh now. My loans have shot up; the bank is refusing credit,” he explains.

James feels GST should be attuned to the smallest player. “Keep it simple for the weakest and smallest,” he suggests.

A Break Through Gravity