Manipur erupted in anger after the killing of Thangjam Monorama in 2004. A dozen women stripped naked in protest holding banners one of which read, “Indian Army, Rape Us”. 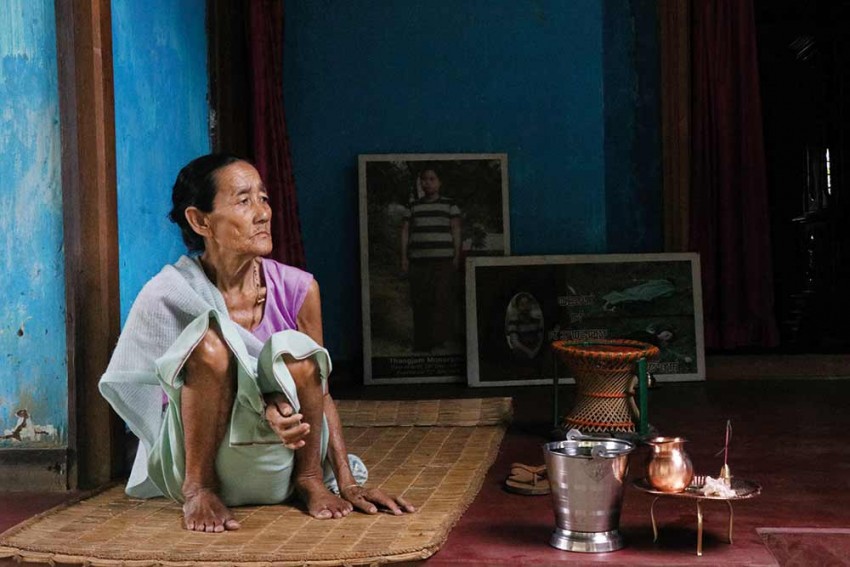 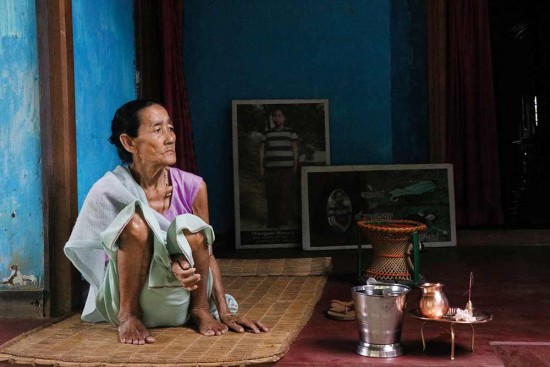 Close to midnight on July 10, 2004, a group of Assam Rifles personnel barged into the house of Thangjam Monorama, the second of six children in a Meitei family in Manipur’s Imphal East. She was 32. She was dragged out of her house, “interrogated” under a drizzling sky and later taken into custody. That was the last her family members saw her alive. Monorama’s bullet-riddled body was found about 3 km away the next morning.

Assam Rifles, which accused Monorama of being a cadre of the proscribed PLA, claimed that she was shot while trying to flee. Rights activists and fact-finding teams found many loopholes in the “story”. Injury marks on her body pointed to torture, forensic tests on her clothes found semen stains, suggesting she was raped, possibly multiple times. But no one has been indicted so far, the case never went very far as the Assam Rifles took refuge under the Armed Forces (Special Powers) Act (AFSPA), a controversial law that gives immunity to security personnel. 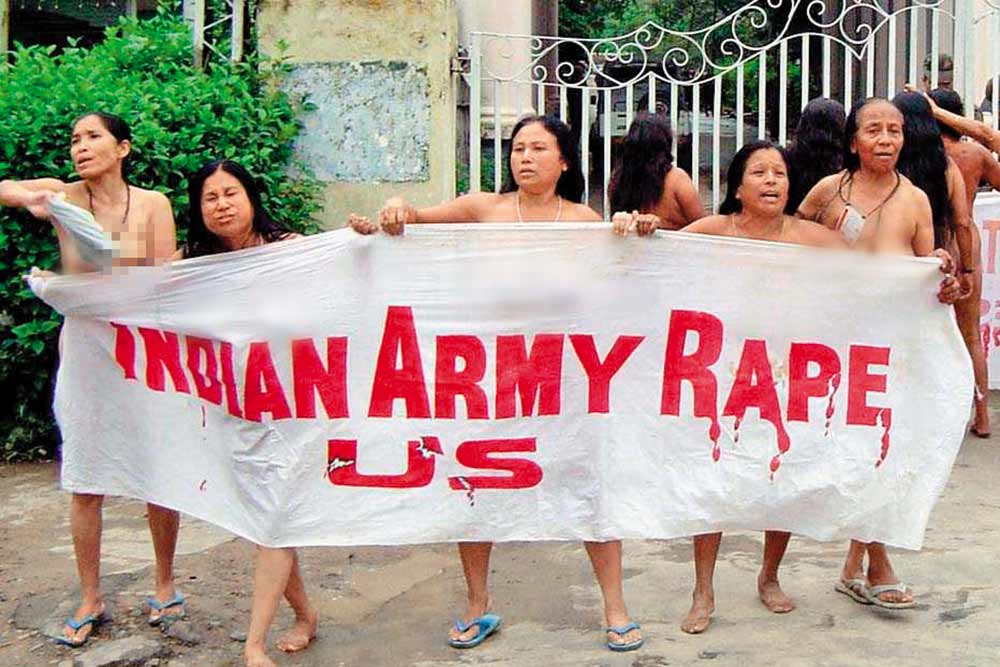 Manipur erupted in anger over the killing, as pent-up public anger against security forces spilled onto the streets. But one protest made the country stand up and take notice. A dozen women stripped naked in front of the historic Kangla Fort, which then housed the headquarters of the 17 Assam Rifles. The women carried banners denouncing the force. One of the banners read, “Indian Army, Rape Us”. It was also the beginning of a never-ending quest for justice for the family of Monorama; it’s a wait without end for a distraught mother, for the brothers who doted upon their sister. “I feel suffocated whenever I recount the events. I don’t know what to say,” says Thangjam Ongbi Khumanlei, 70, Monorama’s mother. Her eyes well up at the very mention of her daughter.

Monorama’s younger brother Thangjam Dolendro, 42, says he still remembers the fateful night. “It must be around 11 pm when we heard voices outside. It was drizzling that night…The security personnel barged in and dragged out my sister,” he says. Dolendro recalls her “interrogation” which lasted for more than an hour. “Her reply to every question was ‘I don’t know’. I saw them gagging her and then water­-boarding her… It was a heartbreaking sight.” The family rejected the state government’s offer for financial compensation. “We could have been earning enough to run the family if we accepted the offer. Justice is what we want, not ex-gratia nor job…but justice,” says Dolendro.

Formerly an independent kingdom, Manipur bec­ame a princely state under British rule and joined India in 1949. Many Manipuris, however, say that their king was forced to sign a merger pact by New Delhi. Several armed groups have been battling for “freedom” in Manipur for years. The Centre declared the state “disturbed” and sent in troops to curb the rebellion. Over the years, hundreds of civilians have been killed by both security forces and rebels, scores have “disappeared”, allegations of extra judicial killings by security forces are rife.  One such inc­ident, the infamous Malom Massacre on November 2, 2000—when 10 civilians were shot dead by security forces while waiting at a bus stop in Malom town—led to a 16-year-long hunger strike by Irom Sharmila demanding scrapping of the AFSPA.

More than 15 years have passed but the family of Monoroma clings on to the last bit of hope for ­justice. “Justice will not be delivered as long as the culprits are not given befitting punishment,” says Dolendro. In the killing fields of Manipur, caught ­between rebels and security forces, hope still burns, however feeble, in the hearts of an ­oppressed ­populace.

By Donald Sairem in Imphal