Twenty years after the ghastly murder of her husband, the missionary Graham Staines, Gladys has forged a new life—as a nurse and doting grandmother—in Australia. 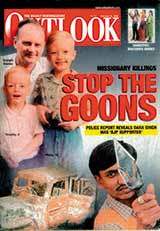 A mob wanting to “bury Christianity” burnt her husband and two sons alive, but that did not deter Gladys Staines from her mission. She had been working in Baripada, Odisha, for leprosy patients along with her spouse, Graham Staines, an Austra­lian missionary who had lived there since 1965. The murder of her husband and sons in 1999 sparked condemnation across the globe. But Gladys’s response was extraordinary.

“It is far from my mind to punish the persons who were responsible,” she had declared. “But it is my desire and hope that they repent and be reformed.” Gladys publicly forgave the killers, stayed back in Odisha and continued her work for the leprosy home, established in the 1890s. She materialised her partner’s dream project—a surgical clinic catering to lepers. The 15-bed Graham Staines Memorial Hospital was inaugurated on the outskirts of the town five years after his death. It wasn’t easy. “I missed my husband and his leadership. I’m not a leader by ­nature. I tried to pick up where he left off,” she confesses.