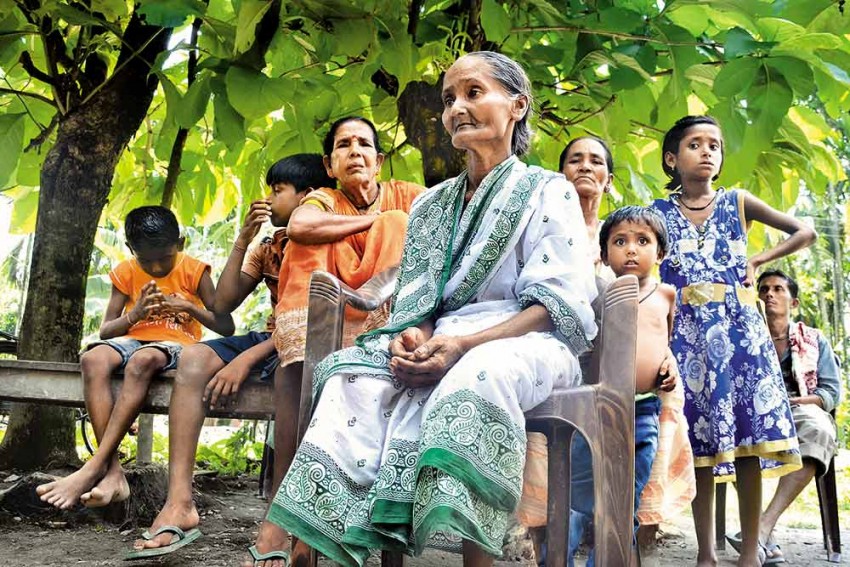 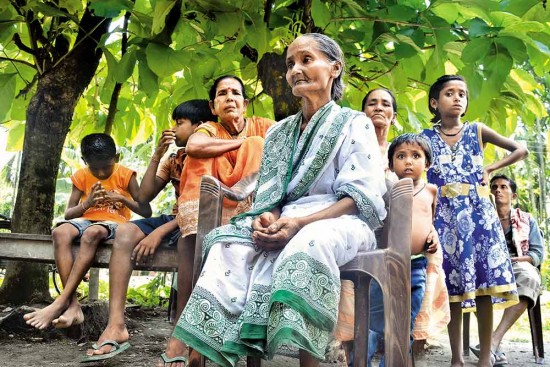 Madhubala Mandal has trouble sleeping. Every time she closes her eyes, all she can see is a dark, dinghy cell and long, lonely nights spent searching for an ans­wer to the biggest question of her life: “Who am I”? Madhubala, 59, was rel­eased from a detention centre in Assam recently, nearly three years ­after she was picked up from her village in Chirang district on suspicion of being a foreigner. And the pain just refuses to go. “The government has ruined my life. I was kept in the det­ention centre for three years wrongly. Who will compensate that time? I have lost my eyesight. I can’t eat properly and I can’t even stand for five minutes. The nightmares don’t let me sleep,” Mandal tells Outlook at her residence in west Assam’s No. 1 Bishnupur village, about 150 km west of state capital Guwahati.

Madhubala’s story is not an exception, though. As Assam sets about to update an official document—the National Register of Citizens (NRC)—to weed out all those suspected of being undocumented migrants, tales like that of Madhubala have multiplied. Like that of a former army officer who was also sent to a detention centre before the authorities realised their mistake. Or that of a centurion who was wrongly detained for weeks. Madhubala’s arrest was also found to a case of mistaken identity—the police were looking for a woman named Madhubala Das, who, incidentally, died many years ago in the same village.

The drive to update the NRC—now monitored by the Supreme Court—is the offshoot of a six-year-long mass movement against illegal infiltration, mainly from Bangladesh. As per the Assam Accord, signed in 1985, anyone who has entered the state after March 25, 1971, is considered illegal and will be detected and deported. The final draft of the NRC published on July 30 last year saw more than 40 lakh people left out from 3.29 crore applicants. An additional list published on June 26 saw another 1.02 lakh out of the NRC. The final NRC list will be out on July 31.

However, the NRC update process as well as the functioning of the so-called foreigners tribunals—though the two are not related—have been controversial for what many term as “inherent flaws”. The border police unit of Assam Police—tasked with detecting foreigners have also come under the cloud after several instances of wrongful detentions.  For the record, the names of Madhubala, her daughter and granddaughter’s names were included in the draft NRC while she was in the dete­ntion camp. Assam has six detention camps where about 1,000 people suspected of being foreigners are lodged.

“The detention of Madhubala was inh­erently unconstitutional. Her entire family has fallen apart. The government should acknowledge the mistake and duly compensate her,” human rights activist and advocate Aman Wadud tells Outlook. “Madhubala has to fight for her right, she can file a civil suit for compensation, or can also approach the high court. Considering her condition, it won’t be easy for her to fight the might of the government,” he adds. Madhubala, a daily wage labourer before her detention, had lost her husband and son.

Activists point to similar cases of wrongful detention of people most of whom are financially weak and illiterate. Then there are some others, well-known in the state. Like Sahitya Akademi awardee and president of Assam Nepali Sahitya Sabha, Durga Khatiwada, who found his name on the exclusion list released by NRC last week. His family members are, however, included in the NRC list.

Also left out is Manju Devi, the great granddaughter of freedom fighter Chabilal Upadhyay, one of the founders of the Congress in Assam.

A few months ago, Indian Army veteran Mohammad Sana Ullah was sent to a detention centre after a foreigners tribunal announced that he is an illegal migrant. Sana Ullah, who retired from the army in 2017 as an honorary captain, also worked with border police. He was released on bail after his family approached the Gauhati high court. Later, it was found that when the notice was issued in 2008, Sana Ullah was posted in Manipur and he never received it. The report submitted by the investigating officer had the thumb impression of a Sana Ullah­—but the man under investigation was a daily  wage labourer. The investigating officer also said that the army man was not the man he probed.

A few months ago, army veteran Mohammad Sana Ullah was sent to a detention centre after he was declared illegal migrant.

In other instances, too, the accused people didn’t receive the notices for which they failed to appear in court. The court then passes an ex-parte judgment against them. Like in the case of 102-year-old Chandradhar Das and Moinal Mollah.  Das was released on bail from the Silchar detention centre due to his poor health conditions and Mollah spent three years before coming out of detention in 2017.

The government says it has taken the issue of wrongful detentions seriously and will ensure a foolproof system. “The special DG of border police has been asked to enquire and to take all measures to probe that the process is transparent and foolproof in this regard. The government is trying everything so that no genuine citizen is harassed,” says Ashutosh Agnihotri, commissioner and secretary of Assam’s home and political department.

Back in Bishnupur, Madhubala is distraught. With a physically-challenged daughter and 12-year-old granddaughter to feed, she says her battle has only just begun. “My eyesight has gone… how will I find work?” Madhubala says. All these years, her daughter and granddaughter stayed with her younger brother Mono Mandal, also a labourer.  “I’m an Indian citizen. I was born here and I want to die here. And in spite of that I was harassed. I appeal to the government now to look after me and my daughter,” she pleads.

By Abdul Gani in Bijni