The drive for high-yield seeds, dependence on fertilisers, energy and water have pushed agriculture to the brink of climate collapse 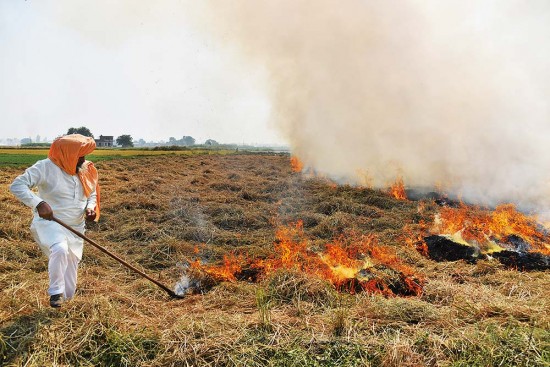 In August this year, a heavy spell of rain over just a few hours damaged green gram saplings in parts of Har­yana, while paddy sowing was delayed in July in parts of Punjab and Haryana due to a delay in the onset of mon­soon. Such incidents are not isolated to this sowing season or to the northern plains, but can be found across India.

Agriculture is one of the major causes of climate change in India. Slowly but surely, even the farm sector is starting to face its brunt. As per the newly published Sixth Assessment Report of Intergovernmental Panel on Climate Change (IPCC), the global warming thresholds of 1.5°C and 2.0°C will be exceeded during the 21st century unless there is drastic reduction in emissions of carbon dioxide and other greenhouse gases in the coming years.