Fangs Of A Vigilante Herd

In the last two years, Alwar has shot to infamy for what’s politely known as cow vigilantism: a short roll-call includes the lynchings of Pehlu Khan, Mohammed Umar and Rakbar Khan. 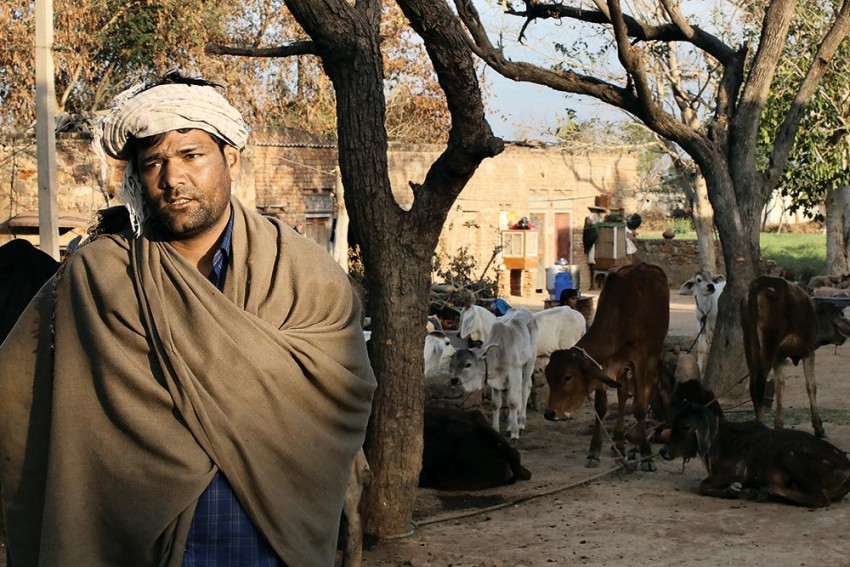 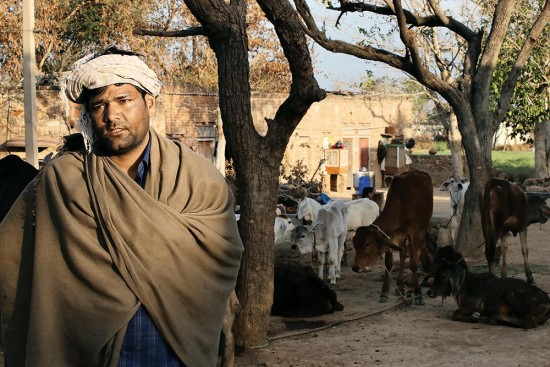 “You ask us about issues? Put your camera aside, dress like us, and take a few of these cows out on the road. You’ll know what we face,” says Shaukat Ali (in pic), 33, a dairy farmer from Alwar’s Jajor village. Jajor may be barely 150 km from the national capital, but these semi-arid zones of north-eastern Rajasthan could well be part of a parallel jurisdiction, taunting mainstream consciousness with events that seem to obey some other law. In the last two years, Alwar has shot to infamy for what’s politely known as cow vigilantism: a short roll-call includes the lynchings of Pehlu Khan, Mohammed Umar and Rakbar Khan.

Ali’s family lives with those of his three uncles, and they together own 300-350 cows. About 50-60 lactating ones are at home, the rest have been left to roam about in the jungles for the season. Cattle-rearing, transporting, sale and purchase had never been issues for this family of traditional dairy farmers. In recent years, that way of life has been dealt a body blow. It’s not just reigning politics, even the police seems to be on the other side.

“Any random person can stop you and start asking questions. Mostly, it’s the louts who sit at roadside shops drinking. Even a homeless pauper questions you with the authority of a sarpanch,” says Ali. “You are saved only if a local vouches for you. Nahin to chipat jayegi bheed (otherwise the mob takes over).”

Muslim dairy farmers have stopped buying and selling cattle, he says—at most, it happens within the village. “Even if someone has bought cattle, he’ll have to ask a Hindu transporter to deliver them to his place. If a Meo (a Mewati Muslim) is found transporting cattle, he’ll be beaten or even killed,” says Ali. That’s how it is in Mewat, a Muslim-dominated, economically weak region comprising parts of eastern Rajasthan and southern Haryana.

Official majoritarianism is never much in doubt: the police gave a clean chit even to those named by Pehlu Khan in his dying declaration. And when cops reached the spot where Rakbar Khan was attacked, they first took the cows to a shelter and the victim to a hospital later. Once the police visited his village for an unrelated reason, recalls Ali. They soon spied the family’s large herd, and promptly picked up two of his young cousins—Mobarik and Khalid. No charges, but it cost Rs 20,000 to get them out.

“We’ve kept cows for over 50 years. No one in the village will say we do anything wrong. The Hindus here don’t keep cows…they come to our place to feed them roti,” says Ali. A snow-white calf, born two days ago, walks with trembling legs behind Ali as he speaks. “It’s not Modi’s fault. He has himself said 80 per cent of gau rakshaks are goons,” says Ali, citing a 2017 speech. “It’s these Bajrang Dal people. Why don’t they do anything for the cows that stray around eating polythene?”

For Millions Of Indians, Caste Is The Truth