Faith Of Any Kind Cannot Function Without 'Suspension Of Disbelief'

A rational idea of spirituality can heal the split personality syndrome afflicting humanity. Reason is a country India has always belonged to. 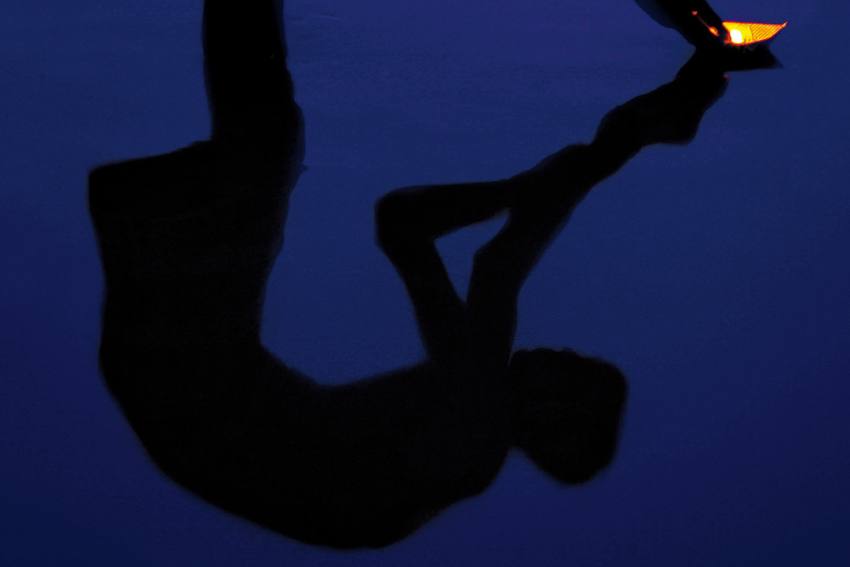 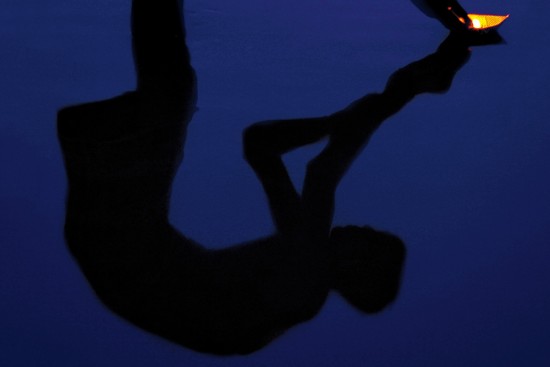 In July 2019, a ‘spiritual’ guru made the outlandish claim of having ordered the “sun to rise 40 minutes late” so he could do his flag-hoisting before sunrise. Of course, according to him, the sun followed the command obediently. Earlier, in another video uploaded in 2016, he can be seen in conversation with a US businessman, a self-appointed guardian-angel of Sanatan Dharma. Both the worthies are discussing a proposal of assuring (of course, for a hefty fee) ­billionaires like Bill Gates a rebirth with similar fortune rather than as a pauper in Africa. They propose to use the ‘jeevatama GPS’ for this purpose. ­Instructively enough, in both the videos, the discussion is neither sarcastic nor metaphorical, but as plainly matter of fact as it can be. The enthusiastically clapping admirers and followers of these worthies are not “uneducated” folk, but English-speaking ­professionals trained in skills like management and technology. They must have learnt in their schooldays that sunrise and sunset are caused by earth’s ­revolution around the sun. Some of them must have also taken pride in the fact that Hindus realised the heliocentric nature of the universe long before the Europeans did.

While deliriously clapping for their guru, however, they chose to forget that even a nanosecond’s break in the earth’s perpetual rotation on its axis and revolution around the sun will cause cosmic disorder—‘Mahapralaya’. Surely, jeevatama GPS belongs to the era of IT revolution, but the idea of ­assuring rebirth in similar wealth is ­obviously inspired by the sale of ­indulgences (assurance of a nice place in heavens in return of huge ­donations) by the Roman Catholic Church in ­medieval Europe.

We have another self-proclaimed ­sadhguru who impresses his English-speaking audiences by speaking half-truths (always more dangerous than the downright lies) about everything from the Higgs Boson particle to solar and lunar eclipses, to the ‘relationship’ between full moon and madness! Echoing the grossly utilitarian ­“wisdom” of his audiences, he argues that the only “utility” of science lies in ­creating “useful” technology. In other words, the scientific method that ­consists of drawing logical inferences from systematic observation and ­experimentation, and insists on  the universality of such inferences, has no importance in human life. 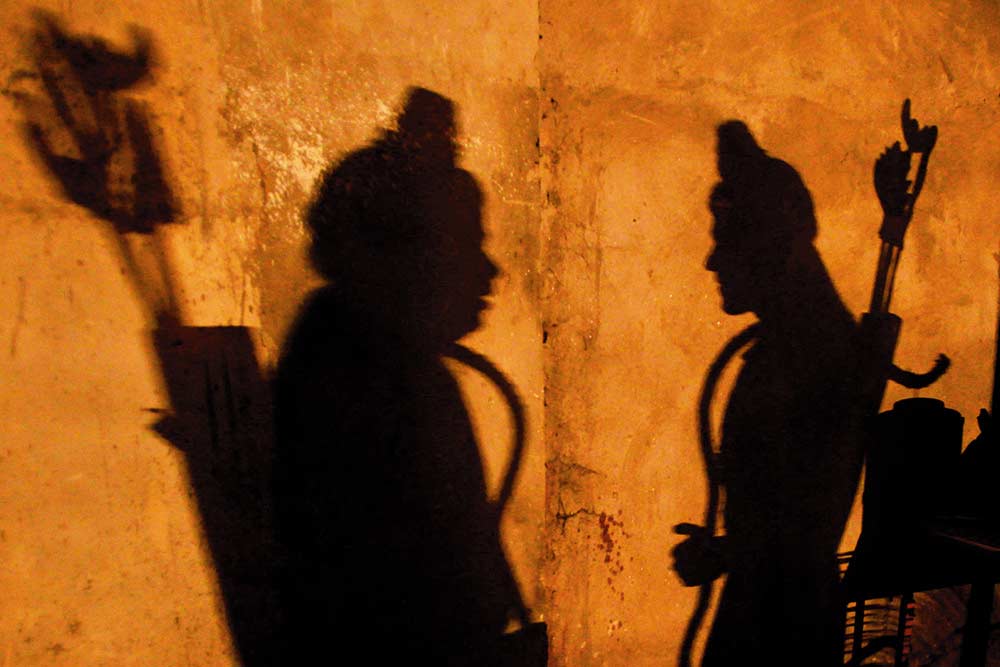 Such outlandish claims and their enthusiastic acceptance by supposedly educated (in reality, merely trained) followers can be found in every contemporary religion. A TV evangelist of Islam with huge following goes on trotting out chapters and verses of the Koran in order to buttress his flights of fancy and regressive ideas. He goes on rubbishing the theory of evolution, not on the basis of any scientific argument, but on the basis of faith in the “final divine word”. And he is a trained medical doctor!

Faith­­—religious or secular (in nation, ideology, leader)—cannot function without “suspension of disbelief”.

Then, you have Christian evangelists treating chronic ­diseases and disabilities by a gesture of the hand in full view of cheering crowds. And, of course, if you visit Grand Canyon on Colorado river in Arizona, US, you can avail of a tour offered with “a different view”, in which a millions of years old natural formation is presented as something ­“created” just 4,000 years ago. After all, the whole world was created by God only 6,000 years back, going by the Christian ­fundamentalist, literalist reading of the Bible!

The 21st century is faced with unprecedented ­development of technology, evolution of a virtual world parallel to and impacting the real one, and increasing ­disintegration of available forms of relationships and ­support structures. Taken together, they have led to a ­vacuum expressing itself in ever-increasing stress, trauma and violence. Wise ­people could foresee it decades ago.

In a conversation with R.K. Karanjia in 1960, Nehru had ­underlined the “spiritual emptiness arising out of ­technological civilisation” as a great challenge for ­policymakers. Being a genuinely ­modern person, Nehru looked towards the creative ­expressions like literature and arts to address this “spiritual emptiness”.

The institutions to promote ­literature and arts were ­established with the same alacrity as was shown in ­establishing the IITs and IIMs. But, ­obviously, the ­“emptiness” proved greater than this.

Faith of any kind cannot function without “suspension of disbelief”. This is true not only of religious, but also of ­secular faiths centred on a nation, ideology or leader. The same suspension of disbelief operates in the spheres of mythology (religious as well as secular) and literature. You have to suspend the human propensity to doubt and ­question in order to relate with faith, mythology and ­literature, and appreciate its content. 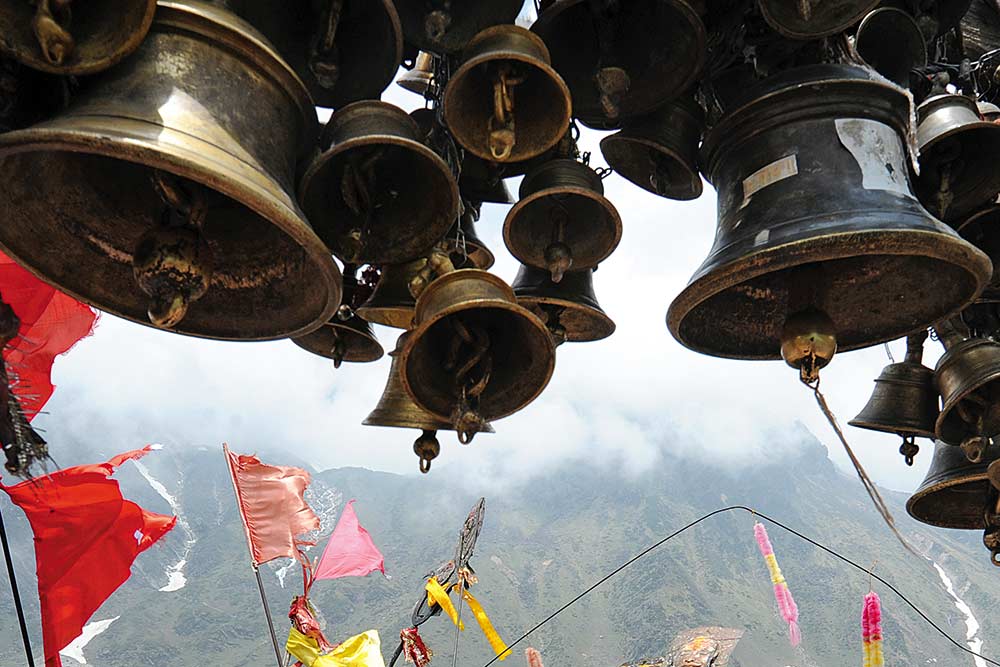 The question of content of a faith brings in the dimension of moral assessment. You have to “believe” (without bothering too much about the facts, strictly speaking) in the greatness of your religion, nation, tradition or guru. After all, human beings are not robots. In matters of ­emotions and faith, reason has to be applied with empathy and care, not mechanically. The question, however, is—to what extent can we suspend the universal principles of logic and shared human values? Shall we buy even utter nonsense if it is packaged in “spirituality”? Shall we ­exonerate mindless ­violence like the attack on Charlie Hebdo in France and lynchings in our own country, because it ­emanated from the “hurt sentiments” of the faithfuls of Islam and Hindu nation respectively?

The question of balancing faith (particularly ­religious) with reason and moral values has always been an important one; with the widespread spiritual emptiness in the 21st ­century, it has become ­critical. In the absence of such a balance, all kind of charlatans are claiming to be true healers of various ­manifestations of this emptiness and are getting perpetually blind faith in themselves as the fee for treatment.

Even those who reduce science only to useful technology take pains to prove the scientific nature of their own “wisdom”, while dismissing other traders of similar “wisdom” as unscientific. On one hand, the scientific method is described as insufficient, and on the other, it is used as an exclusive certificate. Among the faithful of such “masters”, the personality is split between perfectly “rational” and discerning at the pragmatic level, and pitifully credulous at the “spiritual” one.

Vivek, which also indicates a value system of empathy and compassion, must work as a constraint on faith.

Humanity at large must urgently find the practical ­methods of taking care of this split personality syndrome. It is not an exaggeration to say that our very sanity is at stake. Let us ask ourselves: is it compulsory to totally ­surrender reason in order to have spiritual fulfilment? Admittedly, spiritual sadhana (pursuit) has an element of mysticism. But can any such mysticism be totally unconstrained by vivek? This term—vivek—is a favourite one of the vernacular bhakti poets of early modern India. Kabir, Tukaram, Kanakdas, Mira—all in their own ways, insist on vivek. It is generally rendered in English as discretion, but connotes something more. It is not merely being discreet or careful, but also indicates a value system of compassion and empathy. Similarly, philosophically speaking, reason also does not imply a tendency to be just selfishly calculative. Being rational means upholding the values that have emerged as a result of reasoned reflection and dialogue—the values of justice, fair play and sensitivity to others.

That the vivek can—in fact, must—work as a constraint on faith is not just a flight of fancy, but a very real possibility, which can be seen in the lives of many deeply religious and spiritual people. Such people do not bargain their rat­ionality and universal values for spirituality. They reject the ­binary and practise dialogue between the two. Gandhiji is naturally a prime example of such dialogue. In 1937, he ­explained why he holds the first mantra of Ishopnishad as the cornerstone of his faith. The mantra says: “The divine permeates the entire ­universe and everyone has a share in it, which ought to be enjoyed, but with respect for the share of others.” Gandhiji argued that this is the essential spirit of all religions.

Whether this is really the case is a different matter—what is important here is Gandhiji’s vivek being used as a reading device for ­religious scriptures. This ­device consists of a value ­system privileging equality and is working here as the ­defining constraint on faith. With this constraint, faith cannot be used as a ­justification of violence and exploitation. Gandhiji goes on to hope that this mantra “will satisfy the cravings of all philosophical communists”.

Gandhiji is not alone in such imaginative, brave attempts to go beyond the binary of spiritual versus rational. Such attempts to replace binary with dialogue between the spiritual and the rational can be seen in the lives of Nehru, Tagore, Ambedkar, Khan Abdul Gaffar Khan and Martin Luther King as well. This dialogue also animated the ­anti-colonial Indian national movement as well. Its ­leadership took constant care to sustain dialogue between love of country and faith in its destiny on the one hand, and the universal, rational values of equality and justice along with a logical approach, on the other. A lot can be learnt from this brave exercise of human imagination.

What we in the 21st century need is a rational idea of spirituality, sensitive to the inner world of the individual as well as to the challenges and issues outside. Only such an idea can help us get rid of the binary of rational versus spiritual and the split personality syndrome caused by it.

(Purushottam Agrawal is a writer and historian of early modern Indian literature. His latest book is Who is Bharat Mata?, an edited collection on Jawaharlal Nehru, and he is currently writing a book on understanding Hinduism.)

Defence Of The Republic: The Battle Has Only Just Begun