At least 45 state emp­loyees in Gurgaon have sought exemption from election duty citing excuses like hypertension, backache and ankle sprain. 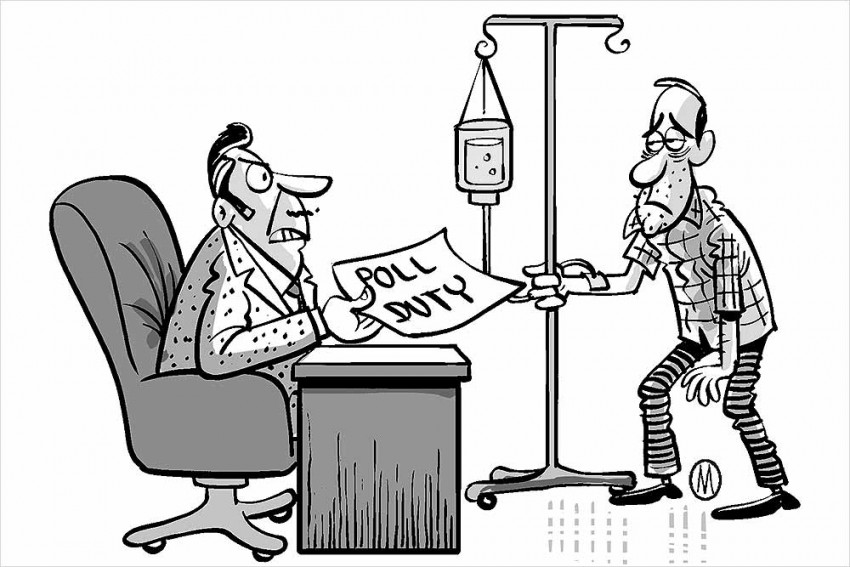 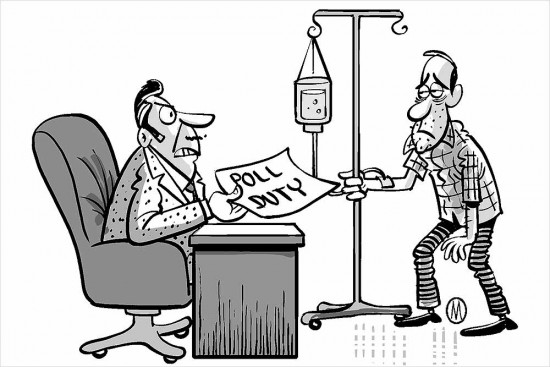 There’s a scene in the iconic ‘90s jingo-war movie Border (1999): Jawan Mathuradas app­lies for leave during wartime to take care of his sick wife and it is granted, but he celebrates too much among his troops after he gets his leave letter. Major Kuldeep (Sunny Deol) is watching his crass show of celebration from a distance and fuming. Eventually, he catches Mathuradas by the collar and gives him the full Deol decibel. General elections can be like war too, for the election officials who put up an imp­ressive show against all odds.

But, a few officials have been caught Mathu­rada­s-ing, that too with much more flaky excuses like hypertension, backache and ankle sprain. At least 45 state emp­loyees in Gurgaon have sought exemption from election duty citing such reasons.

However, the authorities have been watching, a la Major Kuldeep. Deputy ­commissioner Amit Khatri has asked health officials to not entertain such requests until May 27 only in an urgent situation. Following Khatri’s letter, chief medical officer B.K. Rajaura has barred all medical officers from ­issuing sick (sic) certificates for such cases.

“Medical officers have been directed to refer such pati­ents to the CMO’s office, where they will be assessed by a board of doctors,” Dr Rajaura was quoted as saying.