Once, titans of Bengali culture crowded the CPI-CPI(M). Then they forsook the party in waves. These days, most cultural luminaries inhabit a non-CPI(M) leftist space. 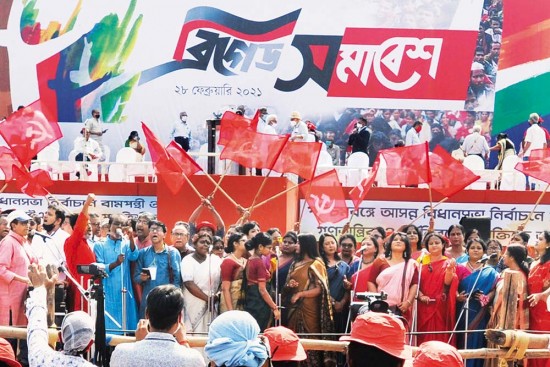 Globally, cultural movements have accompanied or preceded the political advances of the Left movement—an ideology borne aloft by poets, musicians and thespians. In India, too, the Communist Party, in its initial decades, attracted leading cultural personalities of the time. Its cultural wings, the legendary Indian People’s Theatre Association (IPTA) and the Progressive Writers’ Association (PWA), founded in 1940 and 1936, respectively, are testament to the fact, as is the roster of luminaries in them. The Bengal chapter, especially, was a veritable who’s who of prominent people—theatrepersons like Bijon Bhattacharya and Utpal Dutt, writers like Manik Bandyopadhyay and Jyotirindra Moitra, poet-musicians like Salil Chowdhury and Sudhin Dasgupta, filmmakers like Ritwik Ghatak and artists like Chittoprasad.

Yet, a steady stream of creative people used to leave the party and its organisations, even as they continued to adhere to broader Leftist ideals. Ghatak and Chittoprasad had analysed why such personages started disassociating themselves from the Communist Party of India (CPI). Regimentation, lack for space for creative freedom and the party’s intent to use cultural workers merely as a tool for gathering masses in public events were a few reasons of disillusionment. They seem prophetic, when we see how, over the following decades, most leading intellectuals distanced themselves from the party. However, even after leaving, Leftist artistes and cultural activists hardly ever criticised the party, unless it was bitter intra-Left rivalry, like the one between the CPI(M) and the Naxalites.