India's Chanakyas: The Mani Twins Who Made E.K. Palaniswami King In Tamil Nadu

The two Manis fully shaped AIADMK’s alliances; they are the ears and hands of Tamil Nadu CM E.K. Palaniswami 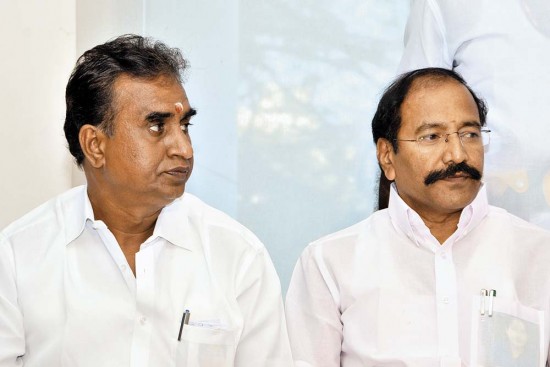 They are called the Mani twins. And they operate in tandem. Trouble-shooting, ­negotiations, deal-making, alliances…they test the waters before decision-makers step in and seal deals. They are Tamil Nadu’s municipal administration minister S.P. Velumani (in pic, left) and electricity minister P. Thangmani (in pic, right), both hailing from the Gounder community like CM E.K. Palaniswami—a reason why EPS trusts them. If the AIADMK took the DMK by surprise by allying with the PMK, the credit should go to the two Manis, for they had opened channels with PMK leader S. Rama­doss months ago through a common friend, realising that the pragmatic leader was open to an alliance with the AIADMK in spite of being a critic of the government. Elections: Number Game

Realising that the PMK’s presence was needed to win in the north, the duo gave in to its demands of seven LS seats and a RS seat…but only if the PMK supported AIADMK candidates in the assembly bypolls, as those were crucial for the government.