Over 6,500 public meetings and campaigning by senior leaders like Nitin Gadkari, Rajnath Singh and Yogi Adityanath didn't influence Delhi voters but the BJP is unlikely to change its Hindutva track 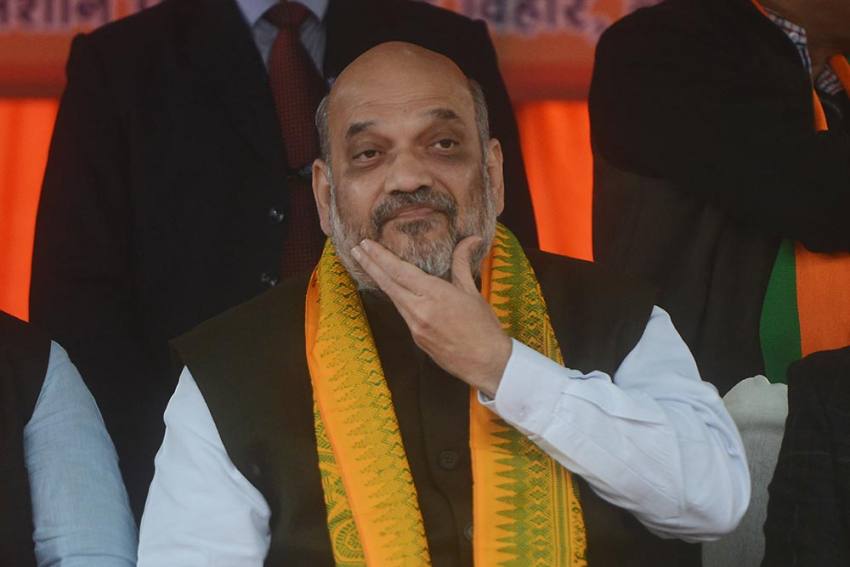 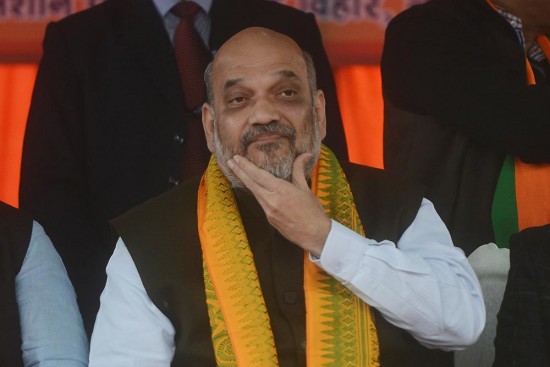 The BJP hired a Mumbai-based agency to do a survey as the party launched its Delhi campaign. The constituency-wise survey gave the party eight seats. That’s when Amit Shah decided to take charge and turned the campaign into a saffron blitzkrieg. The party held 6,577 public meetings, including 52 roadshows—the bulk of them in the last 13 days as Shah went door-to-door, handing out pamphlets. The focus was on the Shaheen Bagh sit-in protest with PM Narendra Modi calling it a “prayog” (experiment) to divide the country. Party chief J.P. Nadda addressed 40 meetings. Union ministers such as Nitin Gadkari, Rajnath Singh and Ravi Shankar Prasad also joined the campaign with 250 MPs, while UP CM Yogi Adityanath and young leaders like Anurag Thakur and Parvesh Verma delivered vitriolic speeches. A mid-­campaign review by the Mumbai-based agency gave 22-25 seats to the BJP, suggesting the strategy seemed to be working, but the final tally on February 11 exactly matched the earlier prediction of eight seats. The aggressive Hindutva pitch, however, is unlikely to go.

With crucial elections due in Bihar later this year, and in West Bengal and Assam next year, all the leaders Outlook spoke to claim they won’t give up on any of the issues that the BJP raised during the campaign. They attribute the rise in the BJP’s voteshare in Delhi from around 32 to 40 per cent to the consolidation that happened in the campaign’s last leg. “There may be some calibration, but the issues are here to stay,” says a party general secretary. “The party won six of its eight seats from east and north-east Delhi, which have the maximum number of migrant voters. The Citizenship (Amendment) Act and the National Register of Citizens do have some resonance.”

Spokesperson Shahnawaz Hussain says the party is “not at all defensive” about the issues. “How can anyone say national issues should not be raised in a state election? AAP managed to create a narrative that the BJP was doing a nega­tive campaign, while its leaders kept quiet about Shaheen Bagh. The only leader (Manish Sisodia) who spoke about it had to struggle to win. We have the support of 40 per cent of Delhi’s people,” adds the former Union minister. 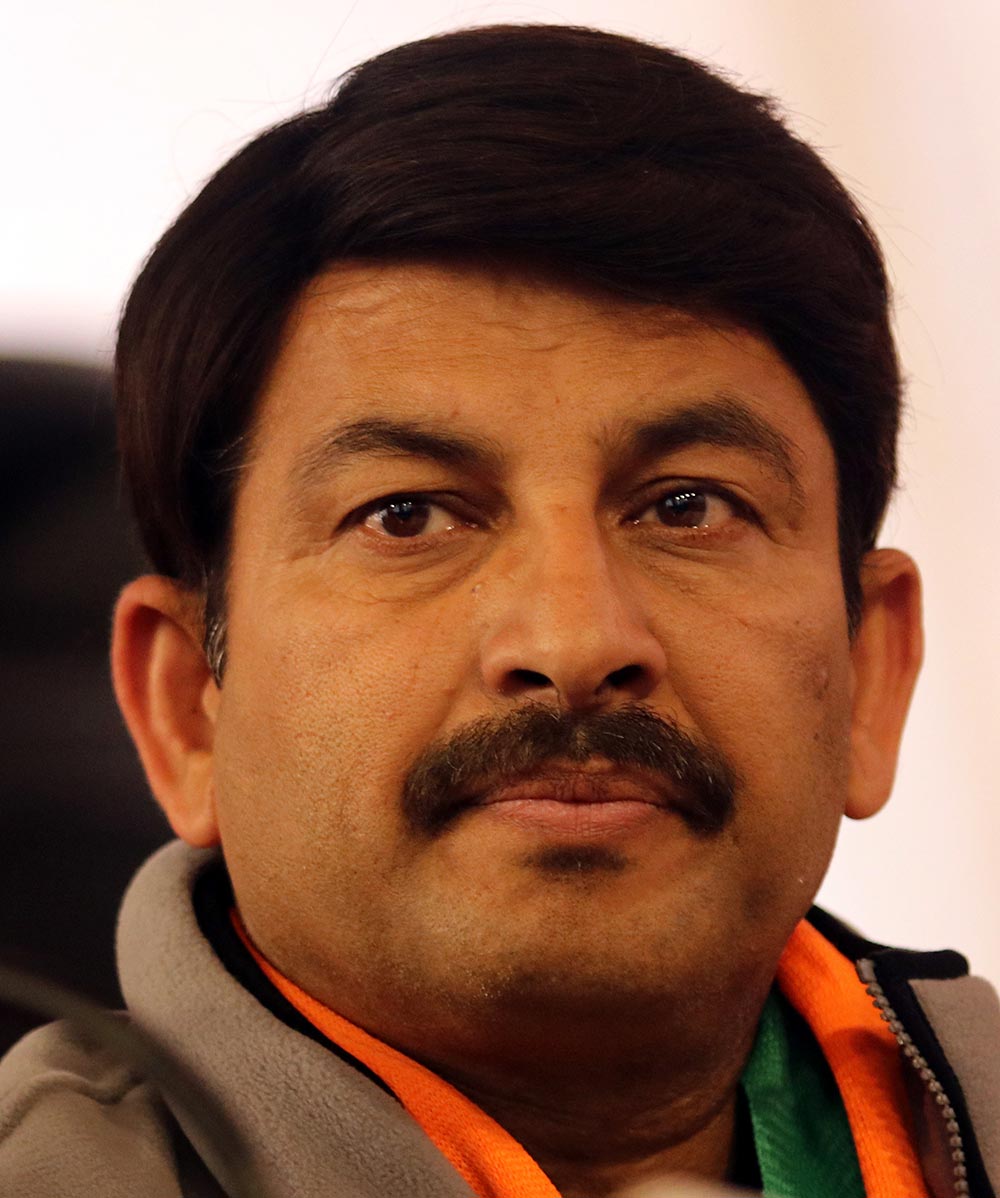 Many BJP leaders concede that statements made by Thakur (“Desh ke gaddaron ko…”) and Verma (referring to Shaheen Bagh protestors as rapists and Arvind Kejriwal as a terrorist) could have backfired. They believe the party failed to convince voters that “AAP was behind the Shaheen Bagh protest” even though Modi said it at a rally, while Kejriwal’s messaging was far better. “He managed to create a perception that the BJP was polarising people and emerged as a centrist standing for development, nationalism and Hindutva, beating the BJP at its own game,” says a BJP leader. The BJP’s campaigners, in contrast, came across as shrill adversaries of the protestors. “Their statements failed to cut ice with the people. A leader like the late Arun Jaitley would have handled the Anurag Thakur controversy, for example, with alacrity, telling him that he crossed the line and then making sure the story of the party admonishing Thakur makes it to the media,” says a leader who worked closely with Jaitley.

Kapil Mishra, who ran for the Model Town seat and lost, says it is time for the BJP to introspect. “Losing the fifth assembly election in a row means we have somewhere failed to connect with the people,” says Mishra, who had compared the Delhi election to an India-Pakistan match and said AAP should rename itself as the Muslim League.

Former Organiser editor and veteran swayamsevak Seshadri Chari doesn’t agree that polarisation cost BJP the Delhi election. “Real polarisation would not have failed, but there cannot be pol­arisation in Delhi that has only 12 per cent Muslim voters. It is possible in Bengal with its sizeable Muslim popu­lation (almost 30 per cent),” he says. “Every election has to be fought from a new perspective. A party cannot have a straitjacketed five-year plan for various polls. Politics is all about reacting to the situation, and the BJP will do it.”

Spokesperson Sambit Patra says ass­embly election results are not a mandate on national issues like CAA and NRC. “Yes, we have to analyse what went wrong in Delhi. Maybe we could not counter AAP on local issues properly. And perhaps we should have projected a face against Kejriwal,” adds Patra.

It is almost certain that the local BJP unit will see an overhaul and a new leader. A senior leader tells Outlook that the party made the biggest mistake by making Manoj Tiwari its state president in Delhi. The central leadership had ­zeroed in on the Bhojpuri star and MP from North-East Delhi in a bid to woo the Purvanchali vote base. “It is a failure of the party leadership. It misread the national capital as probably being more dominated by outsiders than the original inhabitants—Punjabis, Sindhis and Banias—who were kept out of the party’s decision-making structure in the city. There was intense infighting within the Delhi unit as many local MPs did not campaign even in their Lok Sabha constituency,” explains the leader. “In Bihar and Bengal too, the party does not have a strong local leadership. After throwing around Giriraj Singh’s name as potential CM candidate in Bihar, it was good that at least Amit Shah made it clear that the BJP will fight elections under Nitish Kumar. Post Delhi results, the BJP ­cannot afford to be aggressive in seat-sharing with JD(U) and will have to give more elbow room to Nitish.”

Pawan Verma, who was recently sacked from the JD(U), says communal politics has run its course. “The biggest takeaway from Delhi is that people are looking for more governance-centric parties and more inclusive government. They are done with Hindu-Muslim politics. Extremist ideology on either side of the political divide doesn’t appeal to them and Kejriwal’s centrist policy worked better. This is the beginning of a challenge to the Modi-Shah model of politics and campaign,” he adds.

However, any change in the BJP’s pol­arisation strategy is unlikely in Bengal and Assam. “The politics around CAA and NRC is made for these states. If anything, it will only get shriller,” says a BJP leader with roots in the RSS. “The BJP cannot contest an election in Bengal without deep polarisation. All the gyaan being distributed following Delhi will not be used there. What was needed in Delhi was polarisation plus a credible face, which the party lacks. The results could then have been different.”

Trinamool Congress leader Derek O’ Brien says Mamata Banerjee is prepared for any battle. “Since our party’s inception in 1998, we have faced many vitriolic campaigns. We are ready for all the dirty tricks of the BJP,” he adds.