Home  »  Magazine  »  Poliglot  » Opinion  » Jump Cut »  Defence Of The Republic: The Battle Has Only Just Begun

Defence Of The Republic: The Battle Has Only Just Begun

The rulers are so consumed by the arrogance of power that they simply dismiss all opposition as “anti-national” and set the stage for more repressive actions. 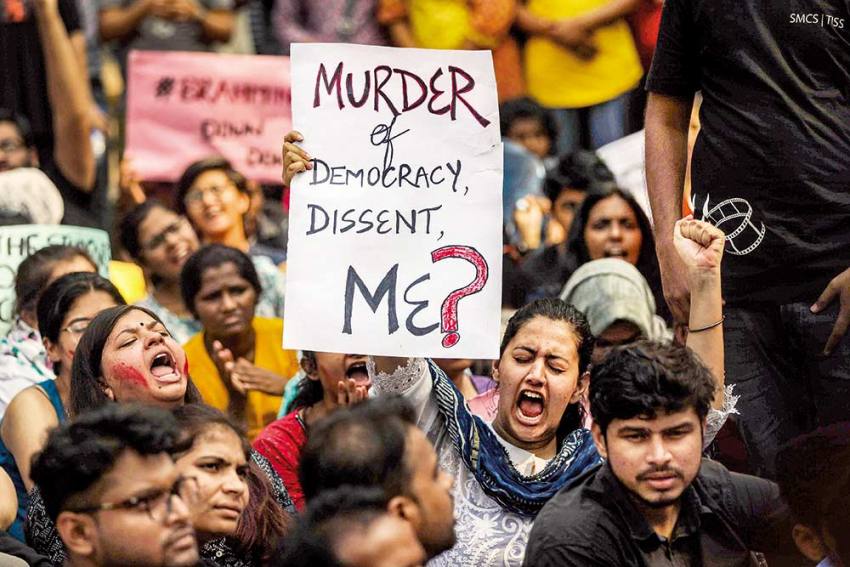 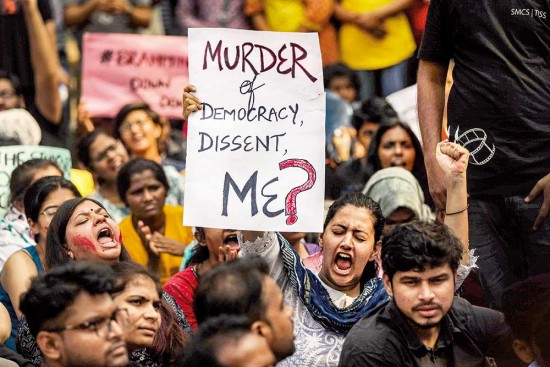 When PM Narendra Modi walked into Parliament’s Central Hall to swear allegiance to the Constitution on May 25, there was apprehension among those who saw the BJP’s agenda as a fundamental threat to the principles enshrined in it. The first session of Parliament saw the abrogation of Article 370, besides amendments to the RTI Act, NHRC Act and anti-terror law UAPA—all measures undermining the Constitution. Coupled with the Citizenship (Amendment) Act, talk of a nationwide National Register of Citizens on the heels of 19 lakh people identified for banishment as non-citizens through the exercise in Assam meant official sanction for discrimination against and harassment of India’s 200 million Muslims.

Having displayed extraordinary restraint over the past five years, they now understood they had no choice but to take to the streets for fighting this idea of India. It’s not just Muslims—­students from all sections are leading a loose coalition of citizens who have taken to the streets to “save the Constitution”. Not since the Emergency have so many protests broken out, spreading to most urban centres and many rural areas. Mass reading aloud of the Preamble as an affirmation of India’s founding principles is a common feature of the protests as the Constitution and the rights it guarantees citizens are now explicit grounds of contestation.

When measures like Section 144, first used by the British in 1861, were deployed to prevent protests, people said they may be legal like CAA, but are as unconstitutional in spirit. Tear gas, beatings, firing, criminal charges and internet shutdowns failed to silence the voice of the streets expressing the Muslim’s will to a dignified existence as well as defence of all that the Constitution has stood for, including the freedom of expression and the right to equality.

Symbols of the republic—flag, national anthem and copies of the Constitution—have ironically, but fittingly, become the symbols of protest. Clashes with police and damage to property have largely been in BJP-ruled states due to draconian measures for preventing protests. Reckless and widespread use of prohibitory orders, and internet shutdowns, are clear signs of an authoritarian regime. Kashmir has been off the internet for nearly five months. The core democratic rights in the Constitution are around the freedom of expression, yet this government claims without compunction that it respects the Constitution and is empowering people with rights.

The rulers are so consumed by the arrogance of power that they simply dismiss all opposition as “anti-national” and set the stage for more repressive actions. Hope and a commitment to the republic’s founding principles, however, are a powerful spur to public action. The battles have only just begun.