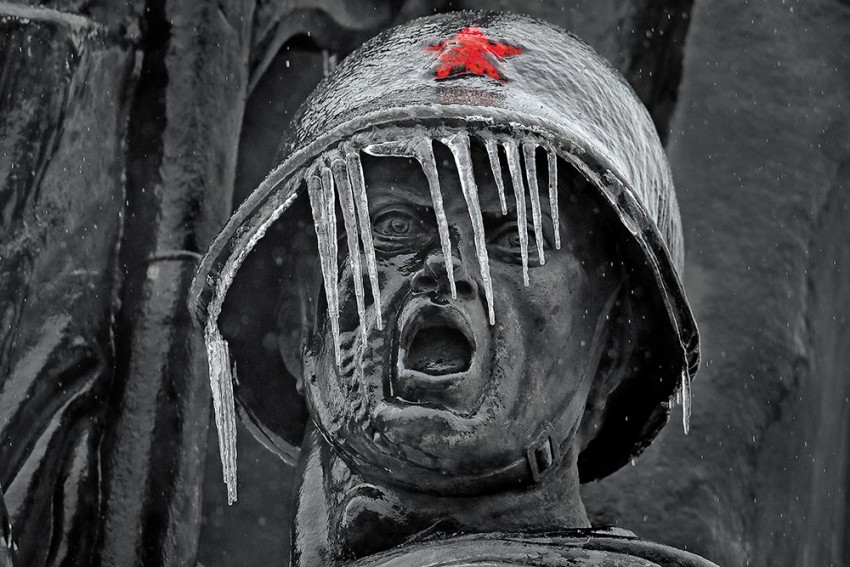 Image Of The Week
The Deep Freeze As the northern hemisphere battles severe cold, a Soviet soldier at a cemetery in Bucharest freezes
Photograph by AP
January 30, 2019 00:00 IST Deep Throat 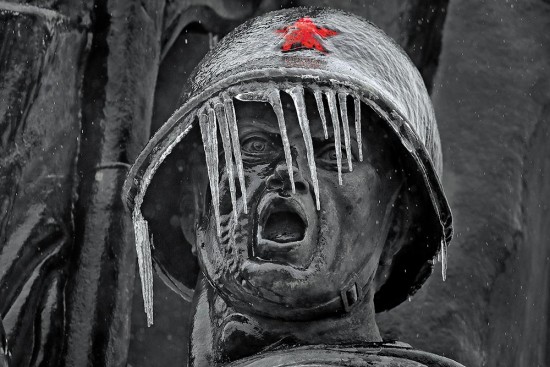 The Parliamentary bug has bitten another spouse. Sowmya, wife of former Union minister Anbumani Ramadoss of the PMK, is keen to enter Parliament via the Rajya Sabha even as her husband defends his Lok Sabha seat. Anbumani couldn’t win his party a single seat in Tamil Nadu, though he projected himself as a CM candidate in 2016. He’s convinced now that Delhi is his calling. So why not take the wife along. When Mulayam and Laloo can make their kin elected representatives, why not PMK founder Dr S. Ramadoss? If one can forget he had sworn while forming his party in 1989 that he and family members would not fight an election.

Religion, politics and patriotism are a heady mix at the best of times. And this mix certainly becomes more potent around election season. The Kumbh Mela offered the Yogi Adityanath government the perfect opportunity to partake the cocktail. It was a day out for 24 UP ministers on January 29 as the chief minister chaired a cabinet meeting at Prayagraj (Allahabad), the first outside Lucknow. After the meeting, the bare-chested ministers led by the CM headed for a holy dip at the Sangam, chanting Har Har Gange. The ‘day out’ did not end there. After cleansing themselves of their sins, they enjoyed the special screening of Uri—The Surgical Strike in a mobile theatre. The cabinet then decided to give the movie tax-free status in the state.

Governor Satya Pal Malik is afraid of cold weather, it seems. And the freeze is keeping him off Kashmir this winter. Though his advisors visit the Valley regularly, the governor doesn’t. He has reportedly conveyed that the cold doesn’t suit his constitution. But then, no one apparently has missed him. Omar Abdullah and fellow politicians are posting pictures of snowfall and snow-clad houses on Twitter, while the governor is content watching the whiteness from the relative warmth of Jammu. But at the same time the cold has not deterred him from giving heat-generating statements, like “it pains me when militants get killed”.