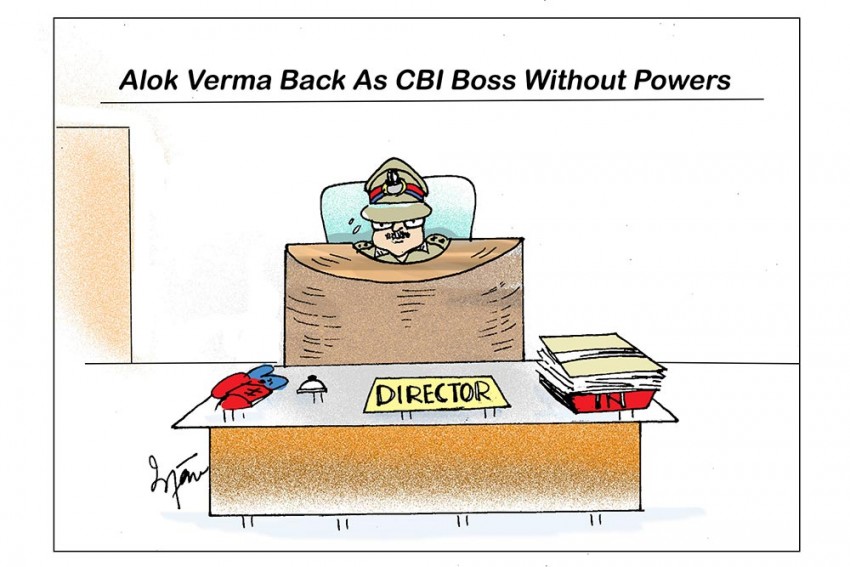 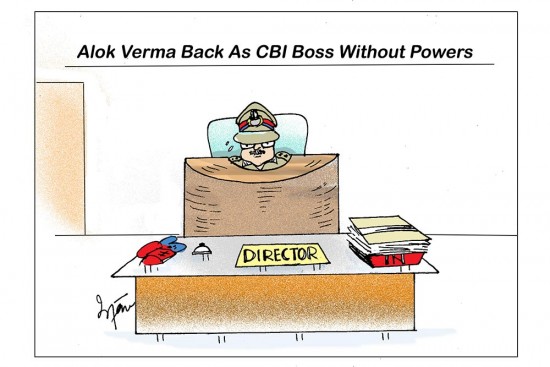 When speaker after speaker described him as a “youth leader” at a National Conference convention in Jammu on January 8, it became too much to bear for former Jammu and Kashmir chief minister and party leader Omar Abdullah. Once he got the mike to speak, Omar appealed to the youth workers to stop calling him young as he would be 50 next year, an age when some people retire. Party men, however, would have none of it and insisted that he was still their youth leader. To drive home their point, the NC workers even started shouting slogans: “Youth leader, zindabad!” Omar stopped them and urged them to accept the reality. He told them that he has changed and no longer the same Omar who ruled the state for six years.

Taking a leaf out of Narendra Modi government’s penchant for acronyms for its schemes, Odisha chief minister Naveen Patnaik has also discovered a new-found obsession for abbreviations. Names of some of his government’s schemes are creating a buzz on social media. The first of such schemes—People’s Empowerment: Enabling Transparency and Accountability of Odisha Initiatives—is known by the acronym PEETHA, Odia for cake made of rice or wheat. Even as BJD workers organised PEETHA events in villages to popularise the scheme, some women turned up with ‘peetha’ as every Odia understands it!  Then came the Krushak Assistance for Livelihood and Income Augmentation or KALIA. For the uninitiated, Kalia is a term of endearment used by Odias for Lord Jagannath, the presiding deity of the land. A joke doing the rounds is that if the word ‘farmers’ was used instead of Krushak, the acronym would have been FALIA, Odia for a stick!

All major political parties breathed a sigh of relief when the Election Commission cancelled the January 28 by-election to the Thiruvarur assembly seat—vacant after Karunanidhi’s death. The DMK and Dhinakaran’s AMMK had announced their respective candidates. The AIADMK was biding its time, hoping the EC would put off the election in view of Gaja cyclone relief work. The DMK initially looked confident of retaining the seat but ground reports indicated that it could lose out if the AIADMK managed to lure the voters. Dhinakaran was strapped for funds after Senthil Balaji, one of the disqualified MLAs and with deep pockets, joined the DMK. While everyone claimed readiness to face the polls, their collective gasp of relief could not be missed once the election was cancelled.