Probe Into Jayalalitha's Death Is A Political Spectacle 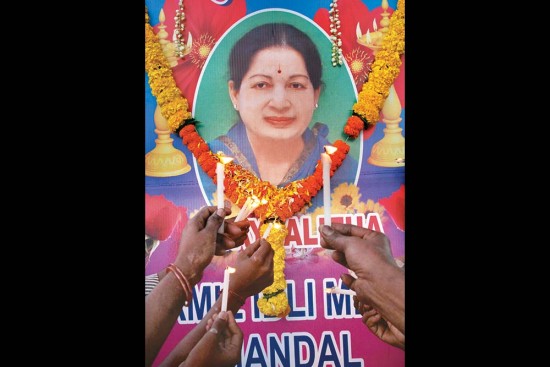 Death bears a certain dignity in its wake, a peacable closure, even when a person’s life has been buffeted by the crests and troughs of public life lived under a polarising glare. But not if the person in question is Jayalalitha, with claimants vying for her throne, and after a close aide is sent to jail for amassing wealth and still wants to control the party from prison. And certainly not when a roving inquiry is ord­ered into the exact cause of her death and is used to settle political scores.

If Jayalalitha’s 75-day hospital stay before her death on Dec­em­ber 5, 2016, was marked by lies and misdirection about her medical condition, the aftermath is suffu­sed with stunning revelations. The Arumugaswamy Inq­uiry Com­­­­mission probing the treatment given to the former Tamil Nadu CM is proving to be the occasion for a public washing of dirty linen. Though held behind closed doors, regular briefings by the deponents, their lawyers or strategic leaks keep headlines boiling.