The humble bicycle has become the abiding image of Bihar CM’s efforts to give women the power to carve their own paths in elections. 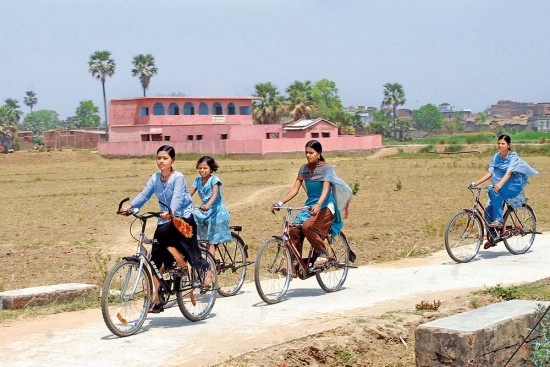 2006: Nitish Kumar, who has taken over as CM a few months ago, is invited by Patna district administration to distribute bicycles to girls from underprivileged ­sections under the centrally-sponsored Rashtriya Sam Vikas Yojna. As the girls take turns to receive the keys, Nitish notices the glint in their eyes and the happiness on their faces. That gives him an idea. “What if all schoolgirls get a bicycle of their own?” he thinks. The rest, as the cliche goes, is history.

2015: Barely a few months before assembly polls, Nitish is addressing a programme of Jeevika, the World Bank-aided Bihar Rural Livelihoods Project, at S.K. Memorial Hall in Patna when Sushma Devi from Nalanda gets up to ask him when he would enact a law to stop people from consuming alcohol? There is thunderous applause from the crowd, mostly women, and Nitish senses the sentiment. He announces he will ­implement prohibition if voted to power.