By increasing working hours from eight to 12, states are violating international norms and the Centre may have other plans that may affect the labour class 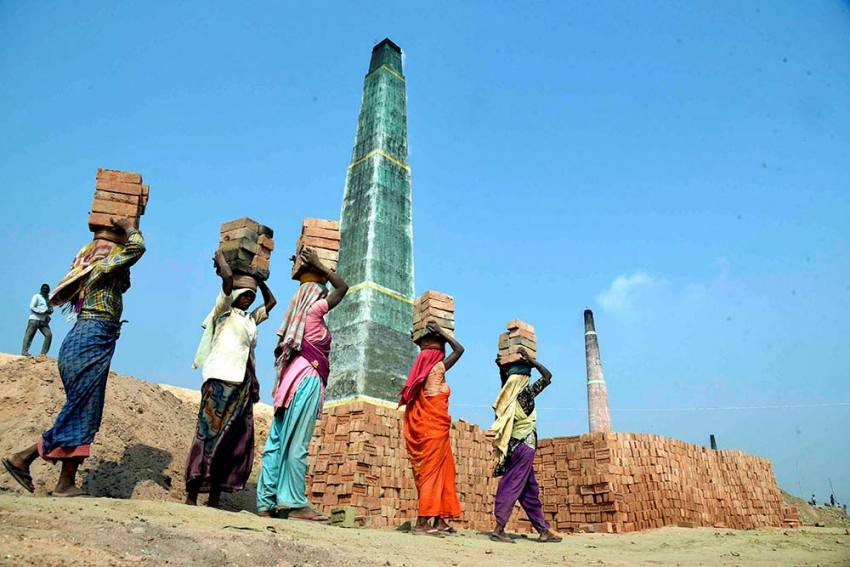 Informal sector workers, who don’t have trade union strength, won’t be able to oppose the change in labour laws
Photograph by PTI
Preetha Nair May 08, 2020 00:00 IST COVIDED! Trade Unions Smell A Fish As Centre On Verge Of Tweaking Labour Laws 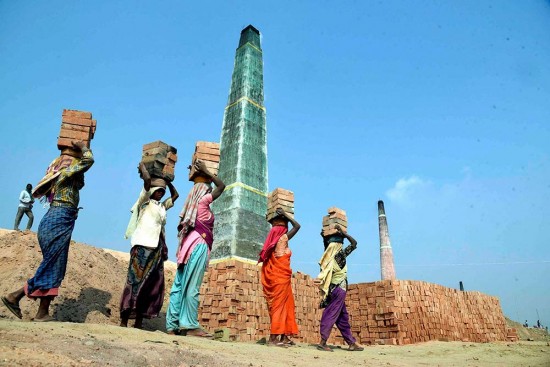 Abandonment, hunger, loss of employment…if there is a single class of people worst hit by the pandemic it is India’s working class, migrant or otherwise. On this Labour Day, there was little for them to be optimistic­—unemployment loomed, as did dilution of hard-won rights.The Centre’s decision to ease industrial activities in the third phase of lockdown has seen at least five state governments increasing the working hours of factory hands from the existing eight hours to 12 hours a day—a major departure from the International Labour Organisation  (ILO) norms, ratified by India in 1921. The state governments say the step was taken to reduce footfalls and to enforce social distancing.

Gujarat, Rajasthan, Punjab, Himachal Pradesh and Haryana have amended the Factories Act (FA), invoking special powers—permitted during a public emergency. The extension of working hours will be applied to establishments across the states.  However, trade unions and experts claim that the government is just fast tracking—using the COVID-19 shutdown as an excuse—some of the vexed proposals in the Labour Reforms Bills now pending before Parliament. They add that the changes are being pushed through states, since labour is a concurrent subject in India’s federal system.

The proposal to review working hours figured in the Occupational Safety, Health and Working Conditions Code Bill. A parliamentary standing committee on April 13 has submitted its recommendations on the labour reform code bills, which have fuelled speculation that the Centre may take an ordinance route or executive order to pass the codes, say trade unions. While wage code has already been passed in Parliament’s winter session, the other three codes were met with resistance from trade unions and opposition parties. Subsequently, the bill was sent to the parliament standing committee.

K.P. Kannan, former director, Centre for Development Studies, says that an increase in working hours is in violation of labour laws and will deal a blow to the working class. Only two states have announced double wages to extra hours so far. “The government says that it’s a temporary arrangement. But it’s a political excuse to hoodwink poor labourers. If they implement it in the informal sector, workers won’t be able to oppose it as they don’t have trade union strength in small enterprises,” says Kannan. 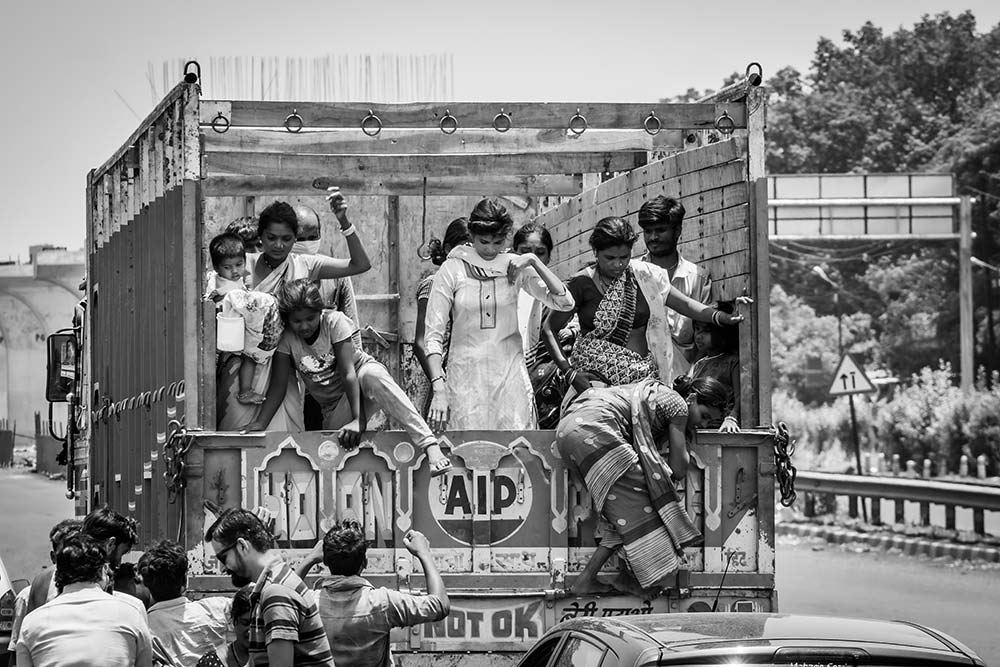 Families of jobless labourers get off a truck to go home—native places hundreds of miles away.

Though the Factories Act has not been amended by the Centre, trade union leaders say that by permitting states to change the law, it is using the lockdown as a cover to push through the labour codes.

Also controversial is the parliamentary panel’s agreement to a proposal empowering firms to ‘hire and fire’.

Tapan Sen, general secretary of Centre of Indian Trade Unions (CITU) notes that the states have amended the FA under the public emergency, which is defined as external or internal attack on security. Thus COVID-19 is not a public emergency under the Act. “There is no rationale for adding hours. This is a sinister plan to benefit employers and to extract more hours from workers,” says Sen, adding that the ministry hadn’t consulted unions before taking such a step.

However, economist Pronab Sen says that since there are no alternatives in sight, 12-hour shifts seem to be a feasible idea to start economic activity. “Unless there is a significant increase in the working capital, small companies won’t be able to resume production. It’s a better alternative than companies shutting shop,” says Sen.

Another major bone of contention, according to experts, is the parliamentary panel’s endorsement of a proposal empowering companies to ‘hire and fire’. The Industrial Relations Code proposes that companies which employ staff up to 300 people can sack workers and close units without the approval of the government. Earlier, that threshold was up to 100 staff members.

Some states—Andhra Pradesh, Rajasthan and Uttar Pradesh—have already raised the threshold from 100 to 300. Kannan says that this is done in order to benefit the employer rather than safeguarding the interest of the worker.  “Ninety-nine per cent of Indian establishments employ less than 100 people; so this proposal will benefit large corporates. Corporates will have a free ride as most of them employ more than 300 workers,” says Kannan.

Ritu Dewan of the Indian Society of Labour Economics says that the proposals in the labour codes, such as restrictions on strikes and forming trade unions, are heavily stacked against workers. “There is a proposal that payments to workers during natural calamities would be ‘unjustifiable’. Considering the COVID-19 crisis, these are totally anti-worker changes,” says Dewan.

COVIDED! To Spit Or Not To Spit... What About Of Stopping Sale Of Gutkha, Pan Masala?