COVIDED! To Spit Or Not To Spit... What About Of Stopping Sale Of Gutkha, Pan Masala?

Under the law, a person can be fined up to Rs 1,000 or jailed for a maximum two years for spitting and spreading something as serious as COVID-19 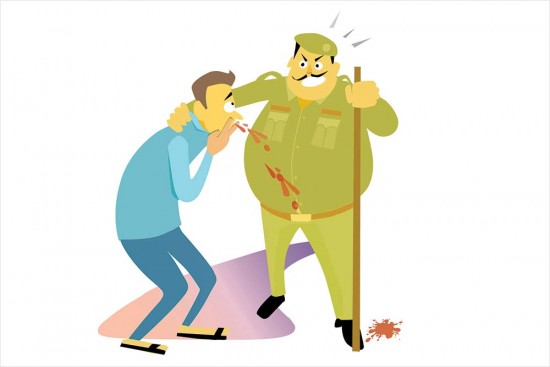 During the first, full flush of the COVID-19 induced lockdown in April, it appeared that a well-aimed government directive would rid India of one of its most irksome and ungainly habits—indiscriminate and copious spitting by (usually) males, their coloured projectiles staining public avenues and sullying stately edifices and offices. Spitting has been an offence under many municipal laws, though it fails to deter anyone. Then, in a bid to halt the spread of the pandemic, the Union home ministry made spitting a punishable offence under the Disaster Management Act. In addition, states like Bihar, Jharkhand, UP, Maharashtra and Telangana, among others, banned the sale of smokeless tobacco products like gutkha and pan masala. In Hyderabad, a milk van driver, Abdul Muzed, was promptly arrested by the police for spitting. Will this enc­ouraging start be sacrificed now? For enforcing a ban on spitting while allowing the sale of gutkha and pan masala could prove to be challenging, if not impossible.

The government’s latest notification which extended the lockdown till May 17 has allowed the sale of tobacco products for the first time since March 24. Pan or gutkha chewing makes spitting practically inevitable. Yet banning their sale robs the livelihood of lakhs.