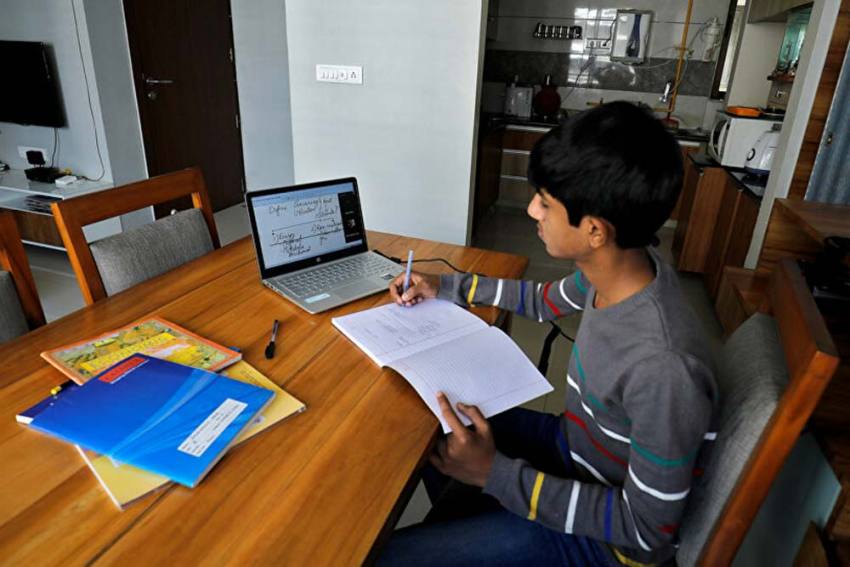 Screen Time
Experts say the lockdown is a chance to blend online and classroom education
Jeevan Prakash Sharma May 08, 2020 00:00 IST COVIDED! Education Left In The Lurch, Will Digital Classrooms Be The Way Forward? 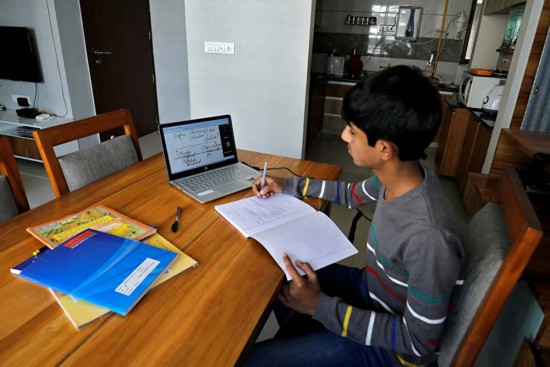 Coronavirus, and the confinement it has imposed upon us, has exacted a grisly toll in lost lives, ravaged health of thousands, and the endless effects of an economy lying inert, from jobless and starving labourers to professionals staring at darkness. Students, too, are victims, and not only those whose imminent entry in the job market is compromised. The acute anxiety about promotions, those lost classroom hours, unfinished syllabi, even lack of study materials has had a telling effect. A limbo, indeed, is not a holiday.

A section of educationists argues against these postponements, saying that the spread of COVID–19 hasn’t peaked in India yet. “What if we come to know after a few months that the COVID-19 spread has worsened? Will we further move the session from September to January?” asks S.S. Mantha, former chairman, All India Council for Technical Education (AICTE). He emphasised the need for reinvention and innovation.

UGC postpones the academic session; experts say all digital resources must be tapped to continue classes.

“The right approach will be to exploit all available digital resources to reach out to students and continue education. First and second-year students should be promoted on the basis of their previous semesters’ performance and class performances. Final year students should be asked to appear in an online test,” he suggests. M.M. Ansari, former member, UGC, agrees. He says complete curricula should be overhauled to transfer it to the digital mode and teachers should be trained for that. Institutes where practical training and lab-based activities constitute a major part of the curriculum also disapprove of the idea to delay the session.

K.P. Singh, VC, Chaudhary Charan Singh Hisar Agriculture University, agrees that agriculture is more of a practical subject and says, “We must be well-prepared for the future for providing even practical knowledge by online methods through live video calls from field areas.”

However, experts agree that a digital leap is possible only when a large section of students who don’t have access to computers and internet are brought into the digital fold.  Rajive Kumar, AICTE member secretary, has advised technical colleges to allow students of other colleges in the vicinity to access their internet facilities. Sanjay Gupta, VC, World University of Design, says that though connectivity issues persist, the smart phone revolution has made it possible for everyone to access learning material.

Many universities in the West—with Indians on their rolls—have started online classes; some are waiting to take a call on admitting international students after hearing from the public authorities of their respective countries. Adrian Artimov from Sommet Education, a group that specialises in international hospitality courses, says that as the opening of borders might take longer, digital solution holds the key. “Online mentoring coupled with available access to online resources 24/7 will allow for a more personalised approach adapted to the needs of all students regardless of their location,” Artimov says.  Shall future generations look upon 2020 as the year education changed forever?