From a bi-weekly schedule for his uncle, Ramanan has now been ferrying patients for emergency treatment, six days a week 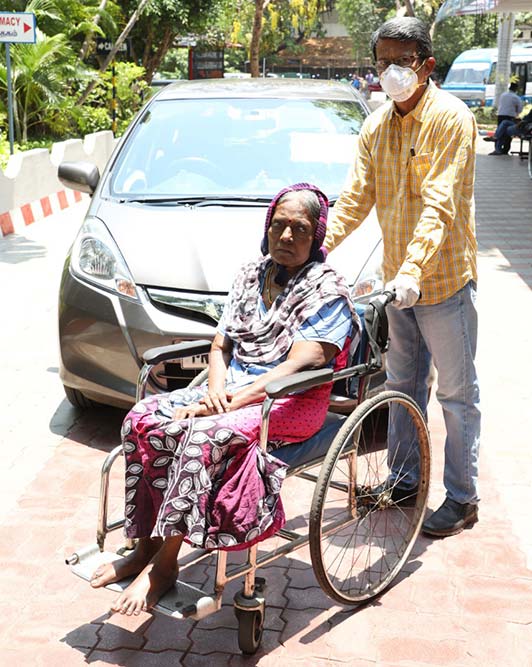 Charity starts with that first compassionate step from the personal to the public. When his 80-year-old uncle called from the suburbs to say that no ambulance was available for his biweekly dialysis visit to Apollo Hospital in Central Chennai on March 24, R.V. Ramanan was up to the task. With ‘Dialysis Patient—Emergency’ stuck on his car’s windshield, he drove for 20 kms, picked up his uncle and aunt and dropped them at the hospital. As the procedure takes four hours, Ramanan returned home. To make sure that he did not transmit any infection, he took a bath and wore a set of fresh clothes. After lunch, he drove back and picked up his uncle and aunt and dropped them at their home. He promised to be back next Saturday morning for his next dialysis. On his drive back, Ramanan, 50, the regional manager of a pharma firm, thought about the predicament of other dialysis patients without their own transport. He posted a message on FB and WhatsApp, offering a dialysis shuttle on Monday, Tuesday, Thursday and Friday every week. The other two days were reserved for his uncle.

One of Ramanan’s doctor friends saw it and referred a patient of his--a 70-year-old lady also stranded by the lack of cabs or ambulances. Soon, another friend referred a third patient, which made it six shuttles a week as each patient had to make two dialysis visits. “Since April 2, my free dialysis shuttle has been in operation every day of the week except Sunday,” quips Ramanan. His cousin Sundaresan has also offered to bring his car and ferry patients.