Count The Pebbles On Your Plates

What picqued us in 2019? Picked us up? Let us down? A stocktaking of the year’s top events and wired personages. 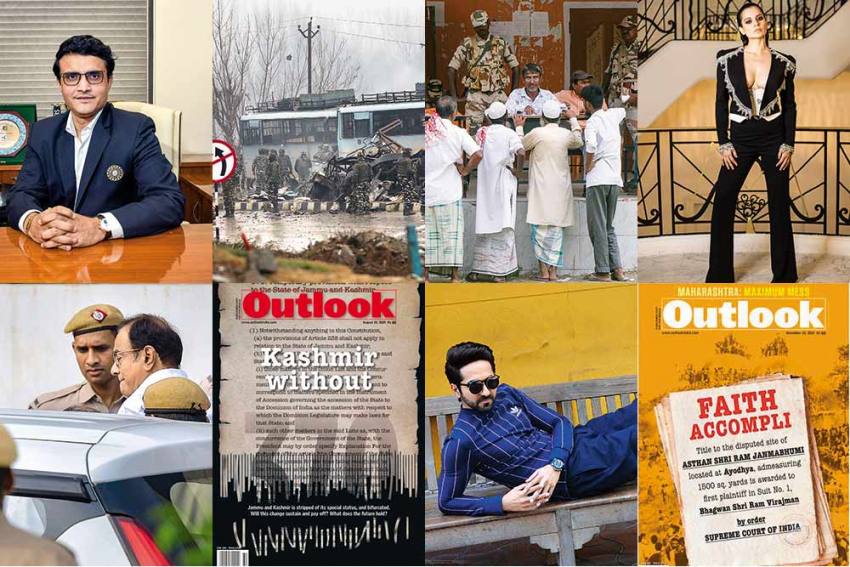 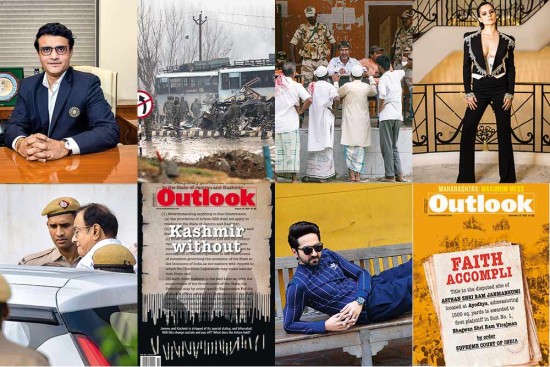 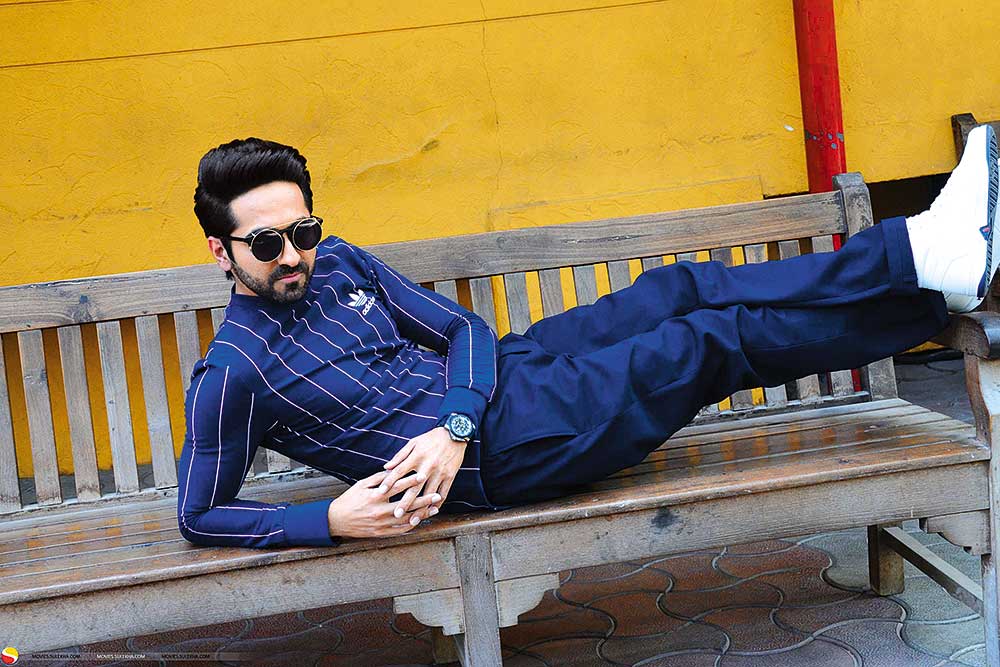 In A Warren Of Lost Tunes

Even a decade back a persona, and visage, as his would co   nsign Ayushmann Khurana to a career playing sidekicks, But talent speaks ev    er louder in today’s Bollywood, with talented directors looking to flesh  out brilliant scripts, the Dabangg school of ludicrous frippery be damned. Ayushmann was the lead cast in both Andhadhun and Article 15. Both critical and commercial successes, they minted a star. 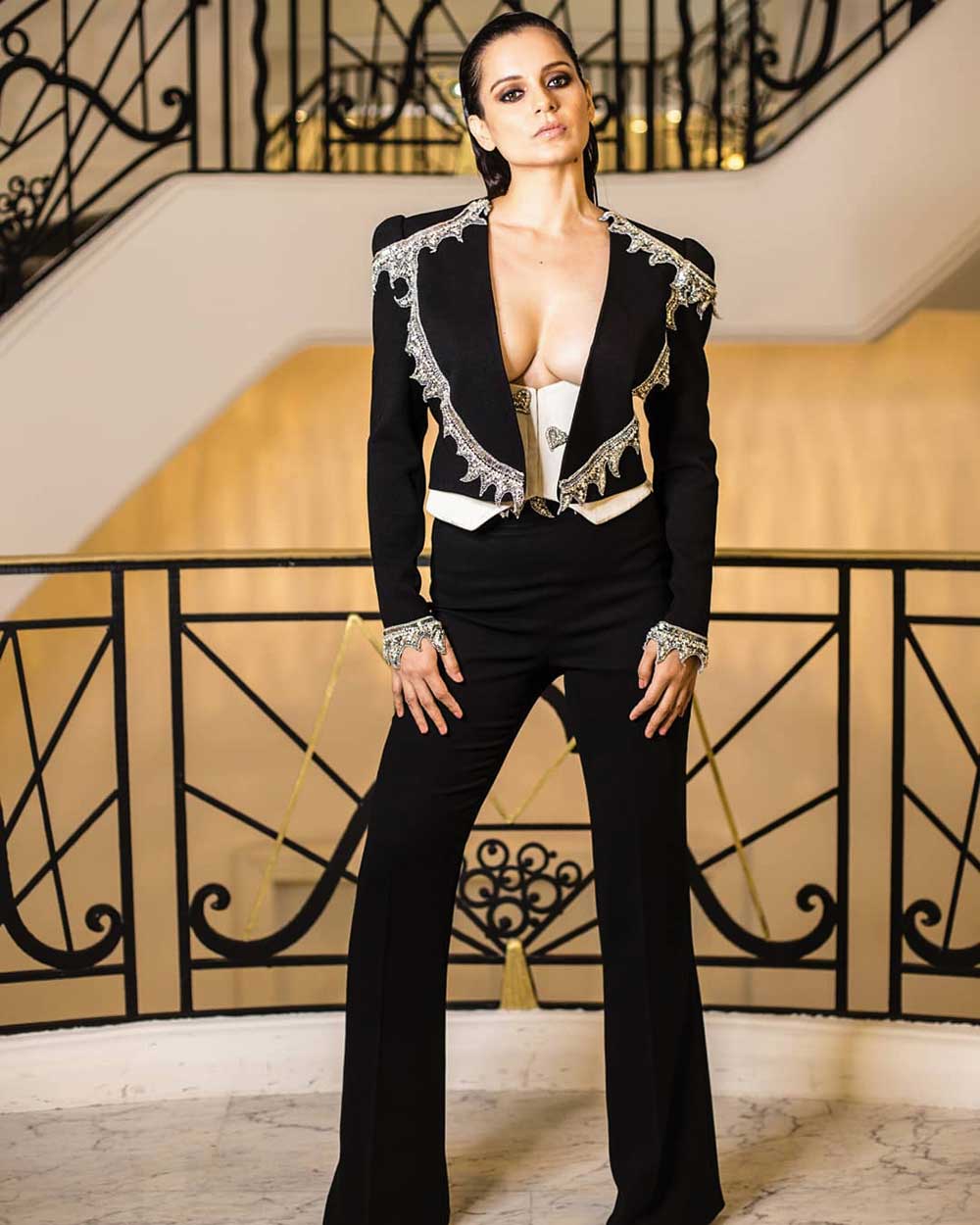 Once we, rustic leerers, used to call her Kang and let ourselves be drownded in her abundant charms. Now, Kangana hardly lets us be—she’s in the news for ugly spats, the long-drawn furore around the rel­ease of Manikarnika, political protestations, her sister’s vituperations. But there are signs of her being back on excellent terms with us—she impersonates Jayalalitha in the biopic Amma. We are mighty relieved. 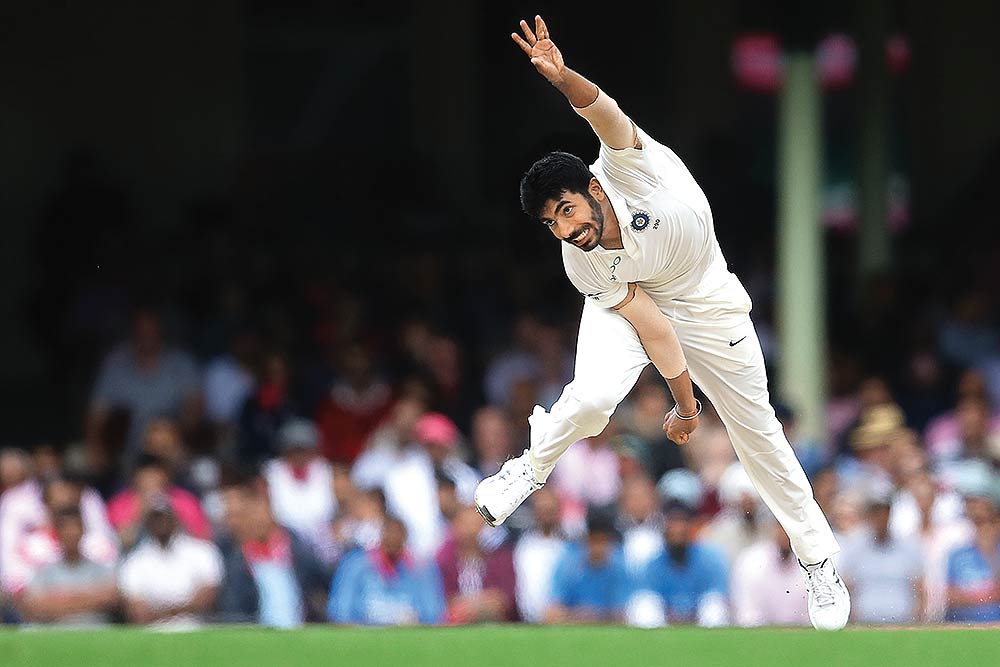 An Indian fast-bowler doing  a Holding (or Marshall, or Roberts, or Garner) against the Windies in the Caribbean was a sweet dream. Until Jasprit Bumrah did it this year before our rubbed out eyes. The hottest fast-bowler in world cricket has a disconcerting action, deceptive pace and angles that cut up batters in ungainly ways. And, after being mended, he’ll be back soon. 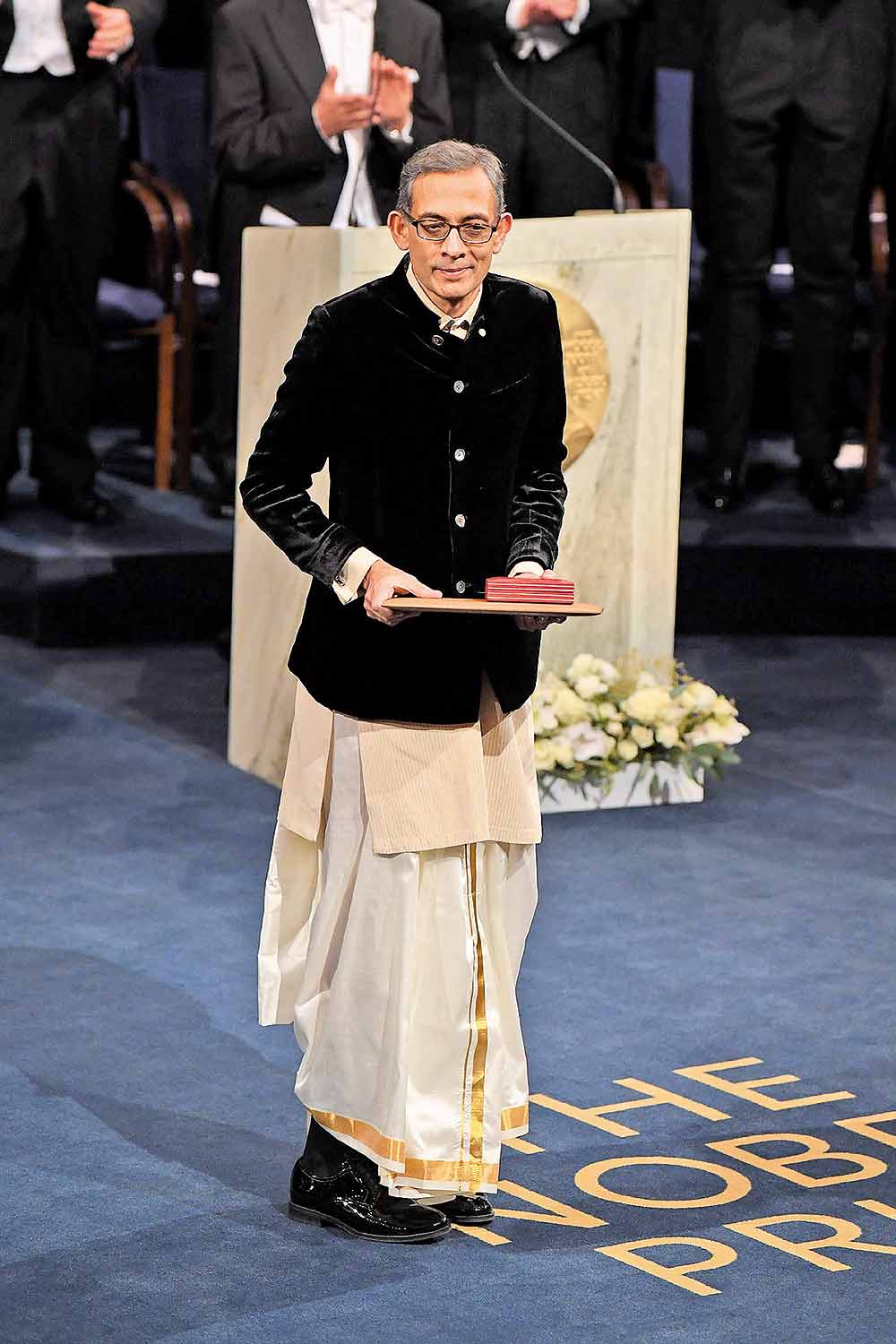 Man Out Of India

Abhijit Banerjee won the Economics Nobel with Esther Duflo and Michael Kremer. Another expat Indian, we cooed proudly. The real tale unfolded on the night of the ceremony in Stockholm: others lined up in uniformed suits; Banerjee was in a dhoti-kurta-bandhgala. “They allowed you!” exclaimed a journalist. “They had to,” replied he. 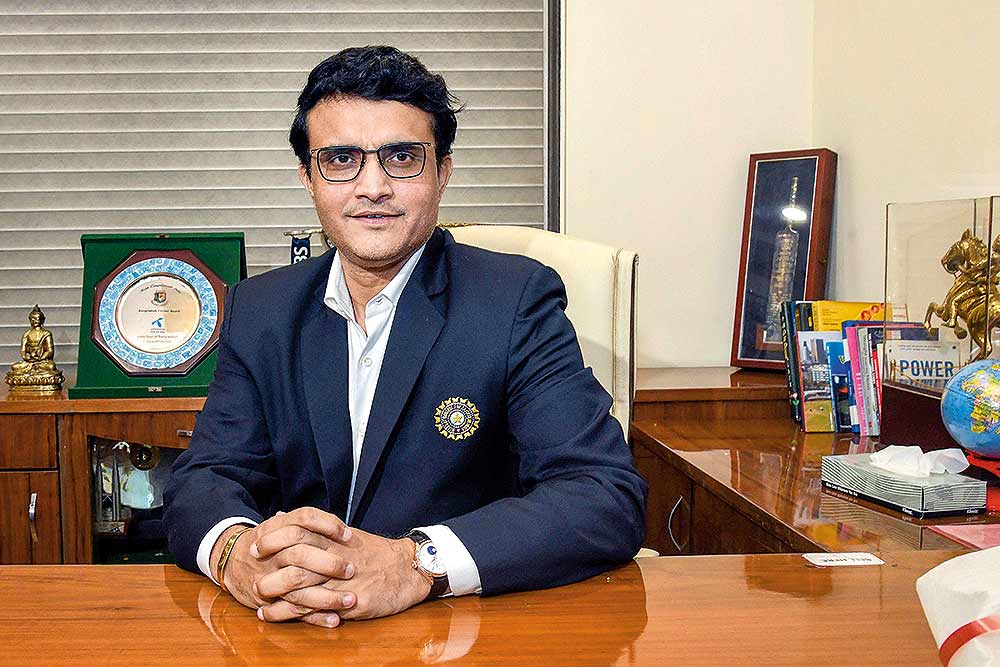 The boys played scintillating cricket, but the BCCI ran on half steam—mired in dispute, censured by the Lodha panel, directed to take measures that were resisted by state bodies.... A strong helmsman, with a swift, sure cover drive was needed. Sourav Ganguly answered the call, and promptly dispatched a pink ball. 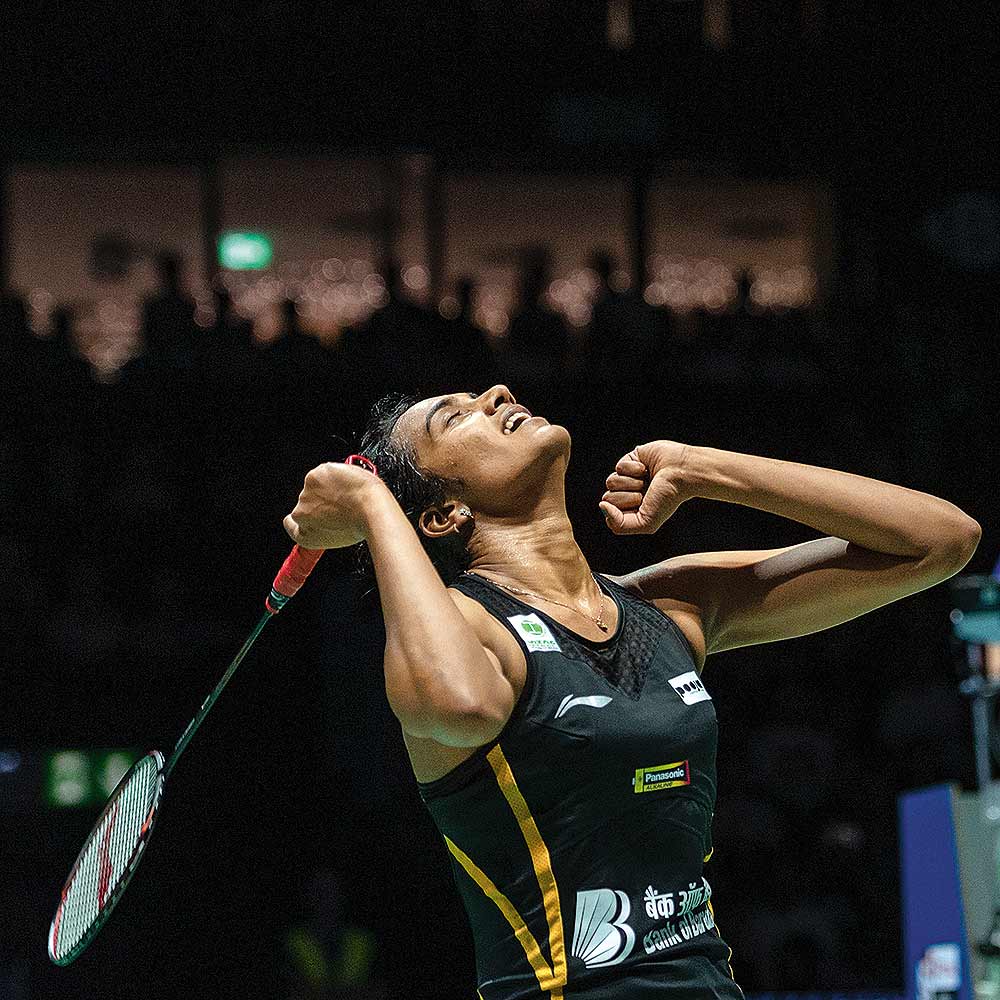 Year after year, we kept our faith in P.V. Sindhu, only to see her smash her way to the finals of the BWF World Championships, then baulk at the tidal wave across the net. This year, Sindhu was the tsunami; from the first shot in the final, she possessed the gold. We had our world champion allright; the crown came nary a fuss. 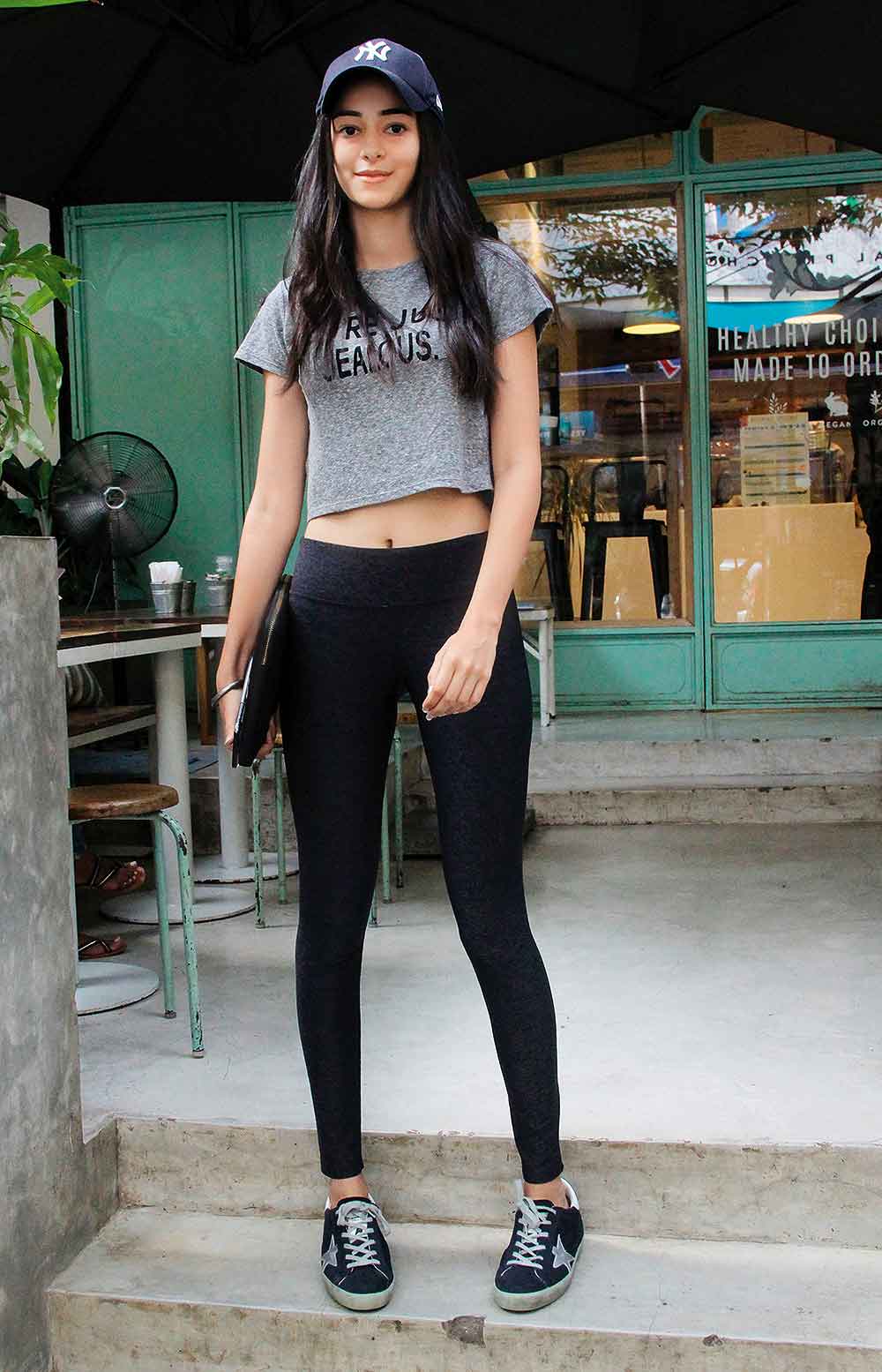 When Ananya Panday skipped on to screens in Student of the Year 2, we knew the moment had come: the inevitable tween invasion of Bollywood. Nope, she’s not underage, except that she carries with her that inescapable whiff of the girl we briefly liked in middle school. Did Pati Patni Aur Woh dispel it? It would have, if memories weren’t so persistent. 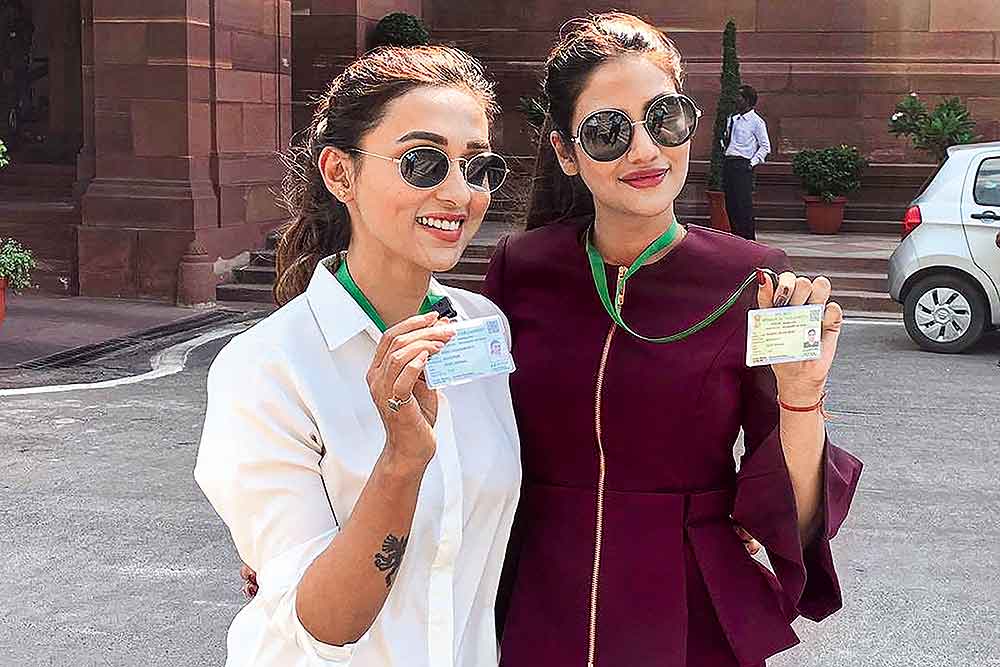 Derek O’Brien and Mahua Moitra might be its battering rams when things get down to dead seriousness, but in the run-up to the LS polls, Trinamool hogged a lot of national attention—acres of newsprint, much of it in photos—from Mimi and Nusrat, actresses who heeded Didi’s call, got the job done, flashed their IDs, then disappeared after taking a bow. No point in crying encore; they are working. 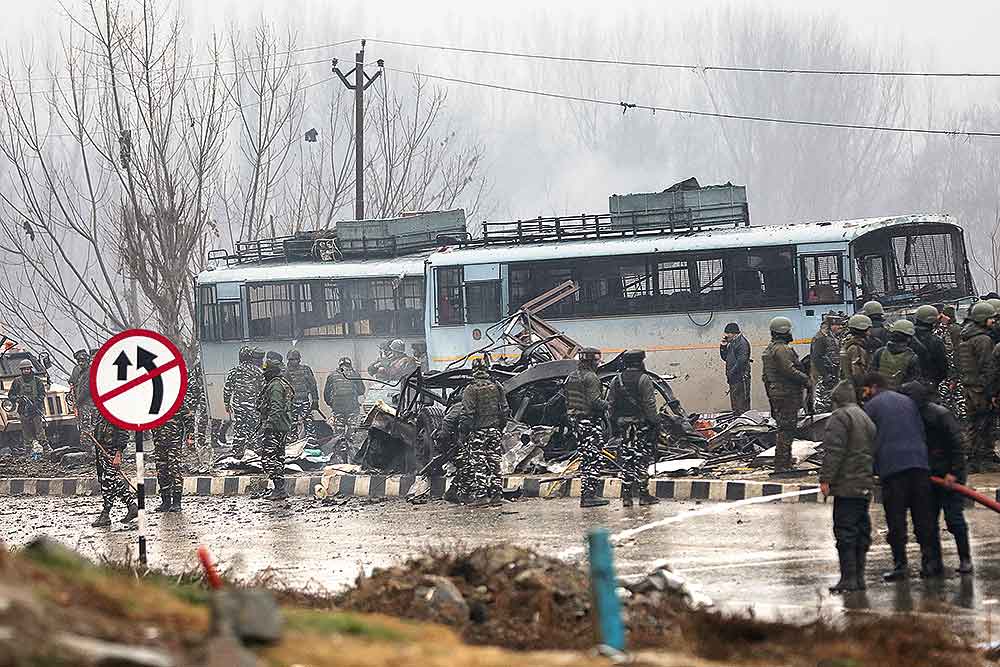 On February 14, a CRPF convoy was attacked in Pulwama, killing 40 personnel. Ties between India and Pakistan nosedived to subzero levels. Twelve days  later, 12 Mirage 2000 crossed the LoC and struck Jaish-e-Mohammed training camps in Balakot, triggering fears of a stand-off between the two neighbours. 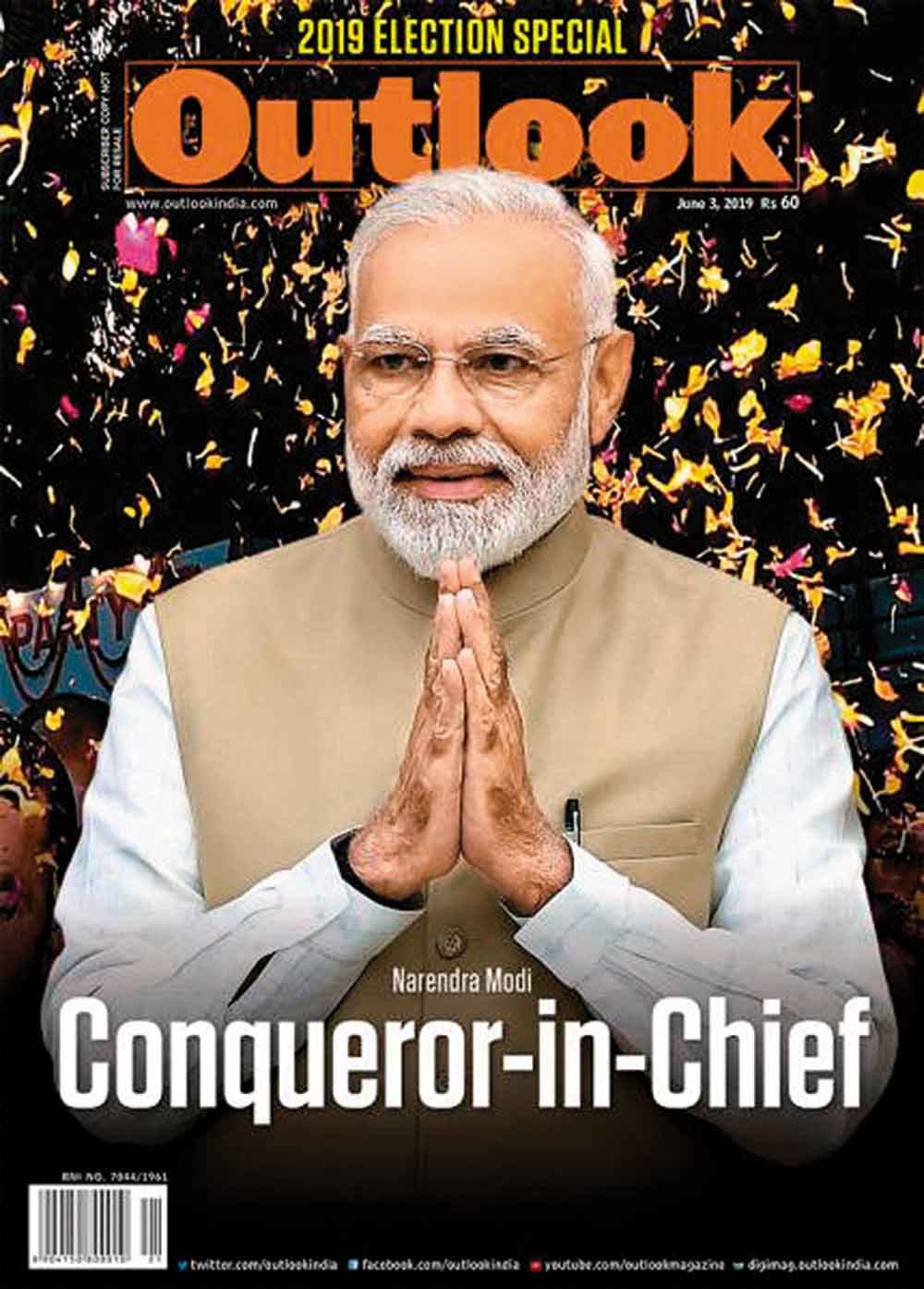 The jousting had been on for nearly a year and the BJP coasted to 303 seats, a clear majority, with the NDA alliance garnering 353 seats in all. The Congress barely moved from its 2014 tally, winning 52 seats with the DMK helping the UPA reach 91 in all. 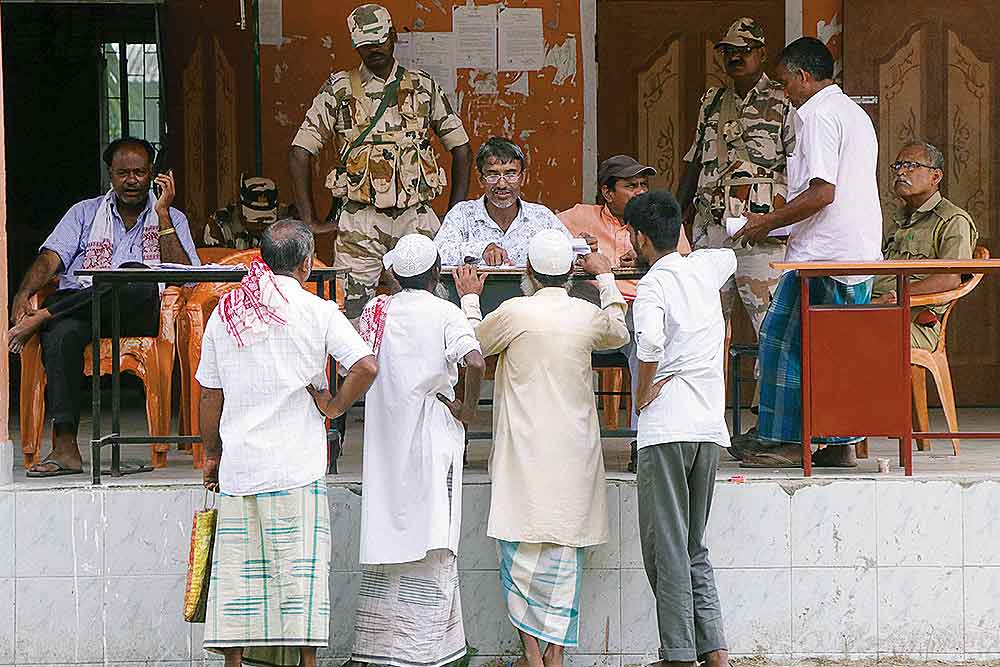 A story 35 years in the pipeline and accelerated over the past five years, the final list of the National Register of Citizens was released in Assam on August 31. Even the local BJP, the party which drove the exercise, cried foul over the lakhs of Hindus left out; the state is now agitating over the Centre’s remedy: the divisive CAA. 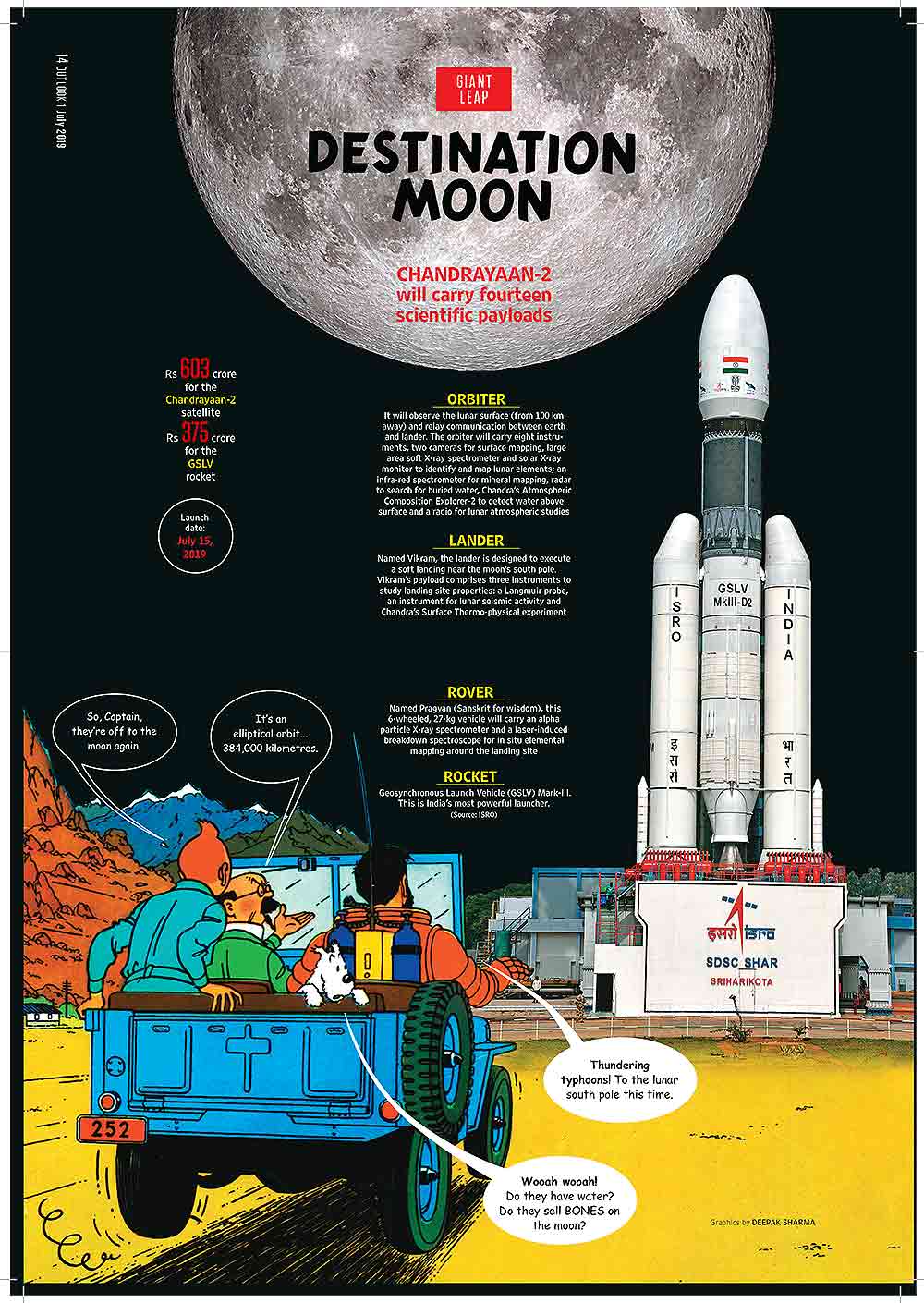 ISRO sent India’s second lunar orbiter into space on July 22, 2019. In August, the craft reached the moon’s orbit but the lunar rover Vikram failed to make a landing and  was detected by NASA later this year. However, the nation was galvanised by the achievement, and by the quiet brilliance of ISRO chief K. Sivan and his team. 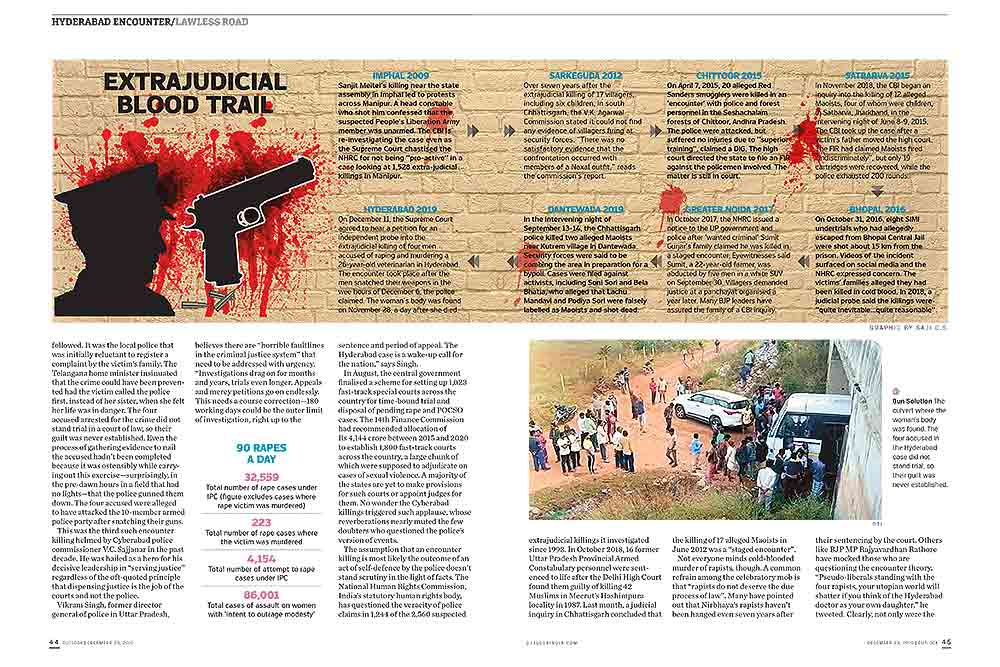 The Supreme Court will hear a petition for an independent probe into the alleged extra-judicial killing of four men accused of raping and murdering a veterinarian in Hyderabad. The encounter took place on December 6, after the four men allegedly overpowered the police.  Such instant justice, however, had many gloatingly jubilant votaries. 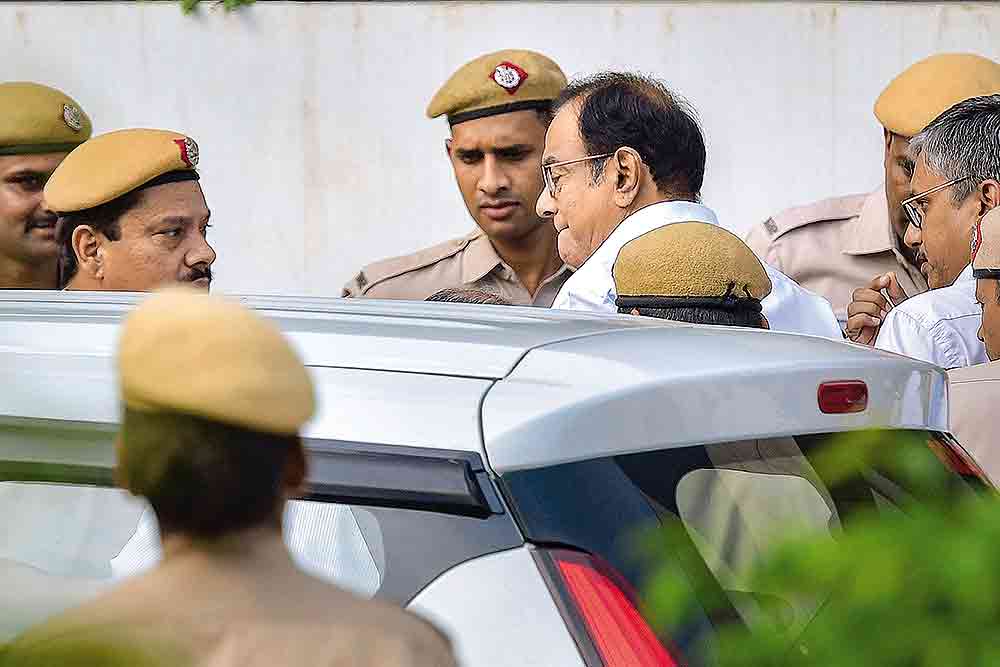 On December 4, the SC granted bail to P. Chidambaram after almost three months in Tihar. On August 20, the Delhi HC dismissed his pleas in connection with corruption charges in the INX Media case which happened during his tenure as finance minister. Chidambaram addressed a press conference and was arrested from his home amid a media circus. 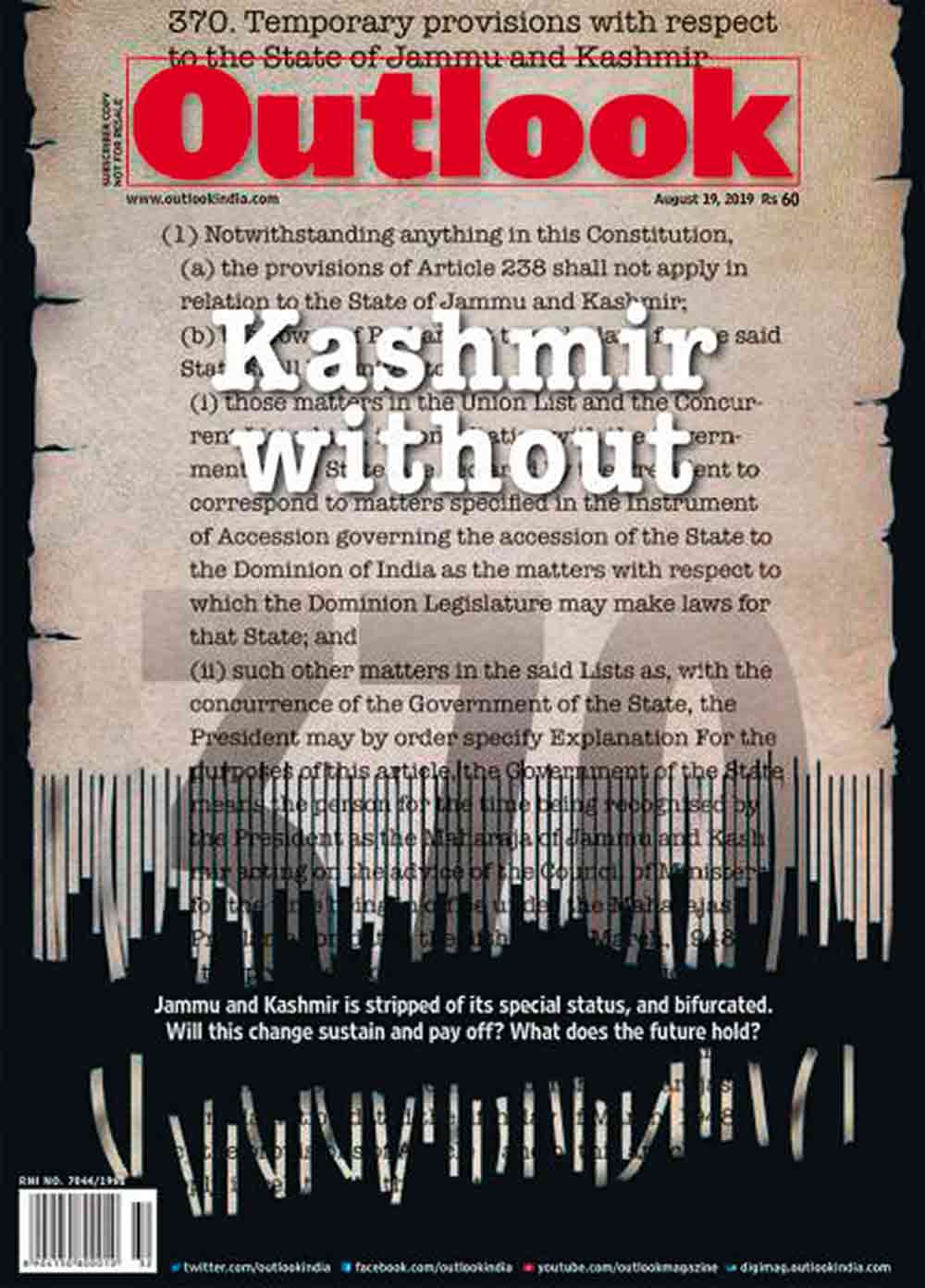 A clue lay in the fact that J&K did not have elections to its assembly with the Lok Sabha polls. On August 5, the government issued an order in Parliament to make the Constitution applicable to Jammu and Kashmir. A day later, all sections but one of Article 370 were abrogated and J&K ceased to become a state. It has been in a state of locked-down unrest ever since. 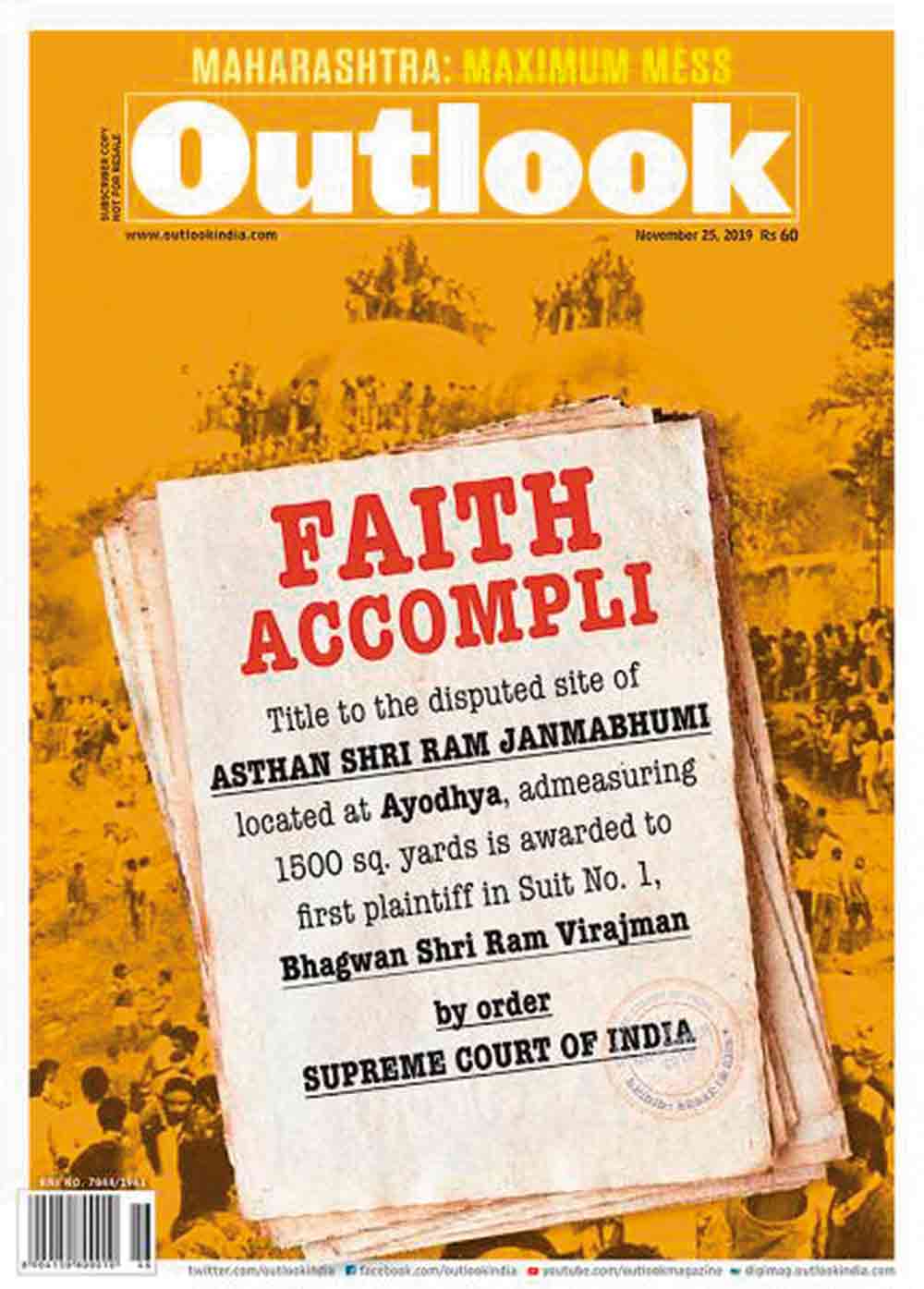 In a verdict for a case that began in December 1992, the SC on November 9 ruled that a trust for the Hindus would get the land on which Babri Masjid stood and where a temple would be built. The Muslim side would get five acres of land at another site to build a mosque. 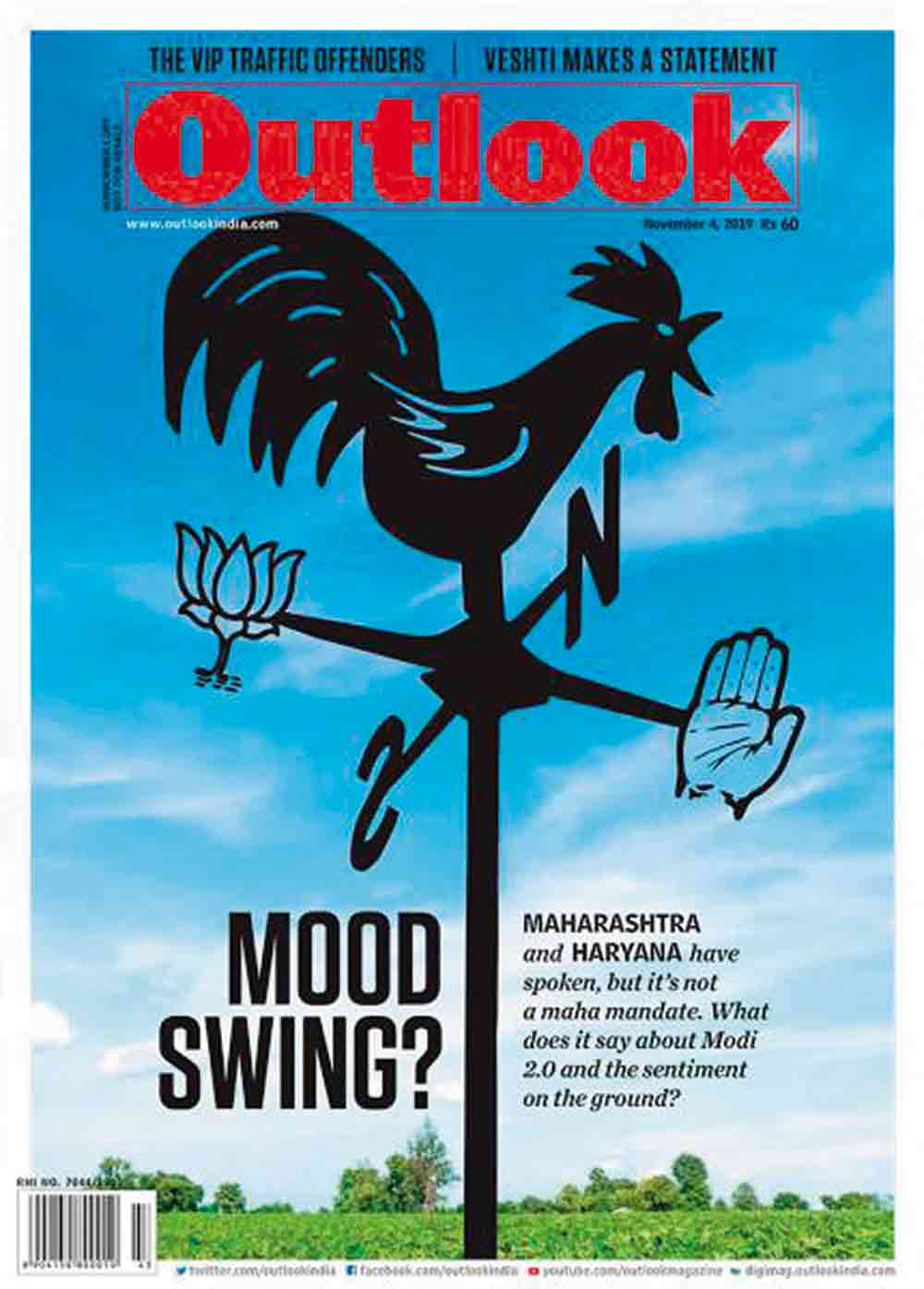 The ragged roulade of Indian politics this year was the Maharashtra drama—a Scorsese-esque show of mercenary riva­­lry. If only the star cast were different, save NCP supremo Sharad Pawar, who made ideological opposites Shiv Sena and Congress break bread.