Former Union home and finance minister P. Chidambaram talks to Outlook on a range of topics from the Pulwama terror attack, the grand opposition alliance to Rafale deal and cow vigilantes. 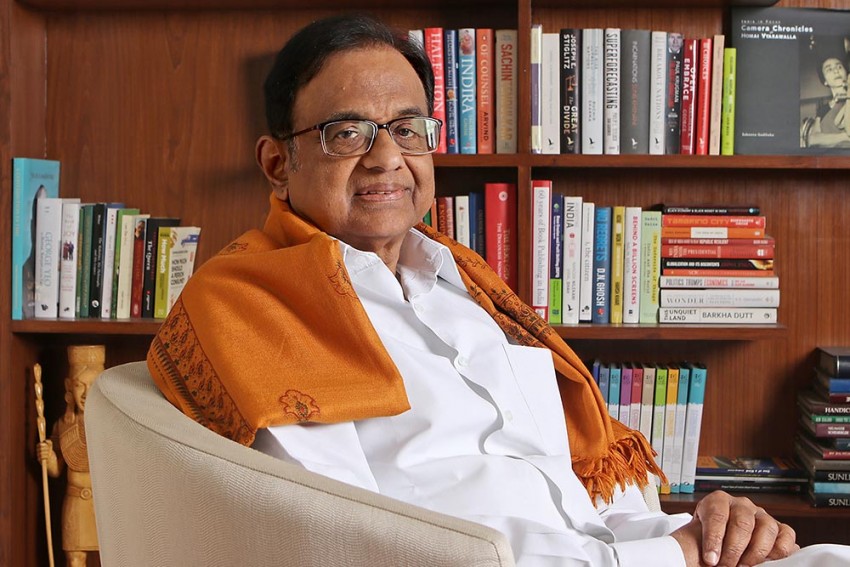 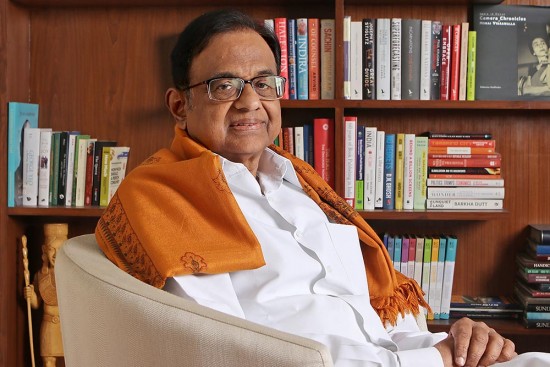 Former Union home and finance minister P. Chidambaram is busy putting toge­ther the Congress manifesto before the forthcoming general elections. His book Undaunted: Saving the Idea of India (Rupa), a collection of his articles published in The Indian Express in 2018 is just out. Chidambaram talks to Satish Padmanabhan on a range of topics from the Pulwama terror attack, the grand opposition alliance to Rafale deal and cow vigilantes. Excerpts…

How should India react to the Pulwama terror attack? How would have you handled it as home minister?

I condemn the Pulwama incident. But the alleged perpetrator is an Indian, a Kashmiri. He is not a Pakistani. He claims to have been influenced or indo­ctrinated by the Jaish-e-Mohammad, maybe that’s true. But if young men are pushed into the arms of militant organisations, whatever we do on the border, whatever we do to contain Pakistan, whatever we do to stop infiltration, whatever we do of cross-border action, is not going to yield any results. We have to win the hearts and minds of the people of Kashmir Valley.

But after such an incident the demand for even more muscular action, the demand for a strong leader only gets louder. Do you really think it is possible to cool down temperatures at this juncture?

Strong leaders are not going to cool down temperatures. In fact, what you need is wise leaders, compassionate leaders. I think we should be strong in military presence, military action on the border. Stop infiltration, stop terrorism on the border, prevent militants from coming into India. But within the valley, you have to win the hearts and minds of people. The kind of reaction in the rest of the country is only alienating the Kashmiri people. If you take action against or retaliate against Kashmiri students in the rest of India, what kind of message does that send to the people of Kashmir Valley? That ‘Indians don’t want us’? At the same time, we must take a very strong position on the border.

So you think even something like a surgical strike on the border or bey­o­­nd, you are okay with that?

You see, a surgical strike is a bit of an over statement. This is cross-border action. Such cross-border action had taken place in Mr Vajpayee’s time in 2002, it was taken in the UPA period, more than once. But this government tends to exaggerate its actions. It said surgical strike, the first ever of its kind...we have taught Pakistan a lesson. Have we taught Pakistan a lesson? Pathankot, Uri, now Pulwama. I don’t think lessons are taught by these exaggerated surgical strikes.

This attack also comes very close to the general elections. How do you think it may impact the elections?

Well, I hope it will have no impact on the elections because the country is united in condemning the Pulwama attack. There are no divisions among the political parties. I don’t think anyone can or anyone should try to gain electoral advantage from what is happening today. But the BJP will try. Our response will be: your approach to the Kashmir problem is part of the problem, it’s not finding a solution.

The talk of a grand opposition alliance, this motley group of various parties…

I object to the word motley.

Alright, a varied group of regional parties. Is there any holding idea, is there any glue—ideological, econo­mic—to hold them together?

There is. Each regional party is a fact of life. Don’t underestimate them, nor should we belittle their contribution. Congress is now trying to form state-specific alliances.

But Congress will be fighting the Left in Kerala but may have to go with it in West Bengal. Isn’t there some confusion…

There is none. In fact, Mamata Banerjee has the correct formulation. We may fight each other at the state level, but we are united at the national level. I don’t know what the shape of an alliance will be in Bengal, I don’t think the last word has been said on it. But at the national election, practically all parties, except the Akali Dal and the Shiv Sena, are united that we should fight the BJP.

So, there will be a common minimum programme, you will have a common manifesto…

I don’t know. I am only in charge of the Congress party’s manifesto. Whether the manifestoes of other parties will be shared and we will evolve a common minimum programme, I don’t know but perhaps that’s the thinking.

Has the Opposition in general, and Congress in particular, been able to pinpoint corruption in the Rafale deal?

"Whether there was actual passage of money (in Rafale deal), I can’t say that. But circumstances raise doubts..."

Well, corruption is an inference, it’s a deduction. The facts are there. The facts point to one direction. If it was not an opaque deal, why are the facts coming out one by one? The fact is that the prime minister’s office called the shots. The INT, the Indian Negotiating Team, was overruled on crucial matters. There were waivers galore—sovereign guarantee, bank guarantee, escrow accounts were all waived. The three anti-corruption clauses were dropped. The integrity pact was dropped. And they ditched HAL for no reason whatsoever and chose an offset partner in a private sector company. Whether there was actual passage of money, I can’t say. But circumstances raise doubts and only a Joint Parliamentary Com­mittee can set the doubts at rest.

But to make it into an election issue, to catch the attention of the common man, like there was a figure of Rs 1.74 lakh crore in the coal scam…

See, 1.74 lakh crore, there is no basis at all. Who has been prosecuted for Rs 1.74 lakh crore? These are election exaggerations. What I am saying is a fact. India is buying 36 aircraft for Rs 60,000 crore. I have shown in my calculations that Dassault is making a windfall. Earlier, this 60,000 crore would have amortised over 126 aircraft, now it is being amortised over 36 aircraft, so the price per aircraft has ind­eed gone up…Obviously, if Dassault has been given all this, there must be some reason. We don’t know the reason yet, but it raises the flag of suspicion.

In your book, the subhead is Saving the Idea of India. What is this idea of India that is under threat?

We are a multicultural, tolerant society…it is these multiple voices which make India what it is. We have lived together for centuries in relative peace and tolerance. What is in danger today is the idea of a multicultural tolerant society…In the last five years this trend has gained in strength. So much so that we have vigilante groups, lynch mobs which are ruling the roost.

But sir, when the Congress comes to power, the first thing in Rajasthan, in Madhya Pradesh, is talk of opening more gaushalas. In Madhya Pradesh, in fact, the National Security Act was slapped on two people on suspicion of cow slaughter.

But slapping the National Security…

I am coming to that. The other issue is the NSA. I was the first to say slapping NSA was a mistake. Now, I have gathered more facts. Apparently, the district-level officer took this action. Now, the Madhya Pradesh government has moved to centralise the power to the home secretary so that these cases cannot be slapped on individuals without the home secretary’s okay. And the home secretary is reviewing these two cases, whether the circumstances under which the SP, a district level offi­cer, slapped NSA on all­eged cow smugglers was right or wrong, and I am pretty confident that they will lift the NSA. It’s very unlikely that future cases will arise.