The scheme promises Rs 5, 000 for each farmer, irrespective of his holding, spread over five seasons till 2021-22; livelihood assistance of Rs 12, 500 to each landless family; interest-free crop loans and Rs 2 lakh insurance cover for each farmer. 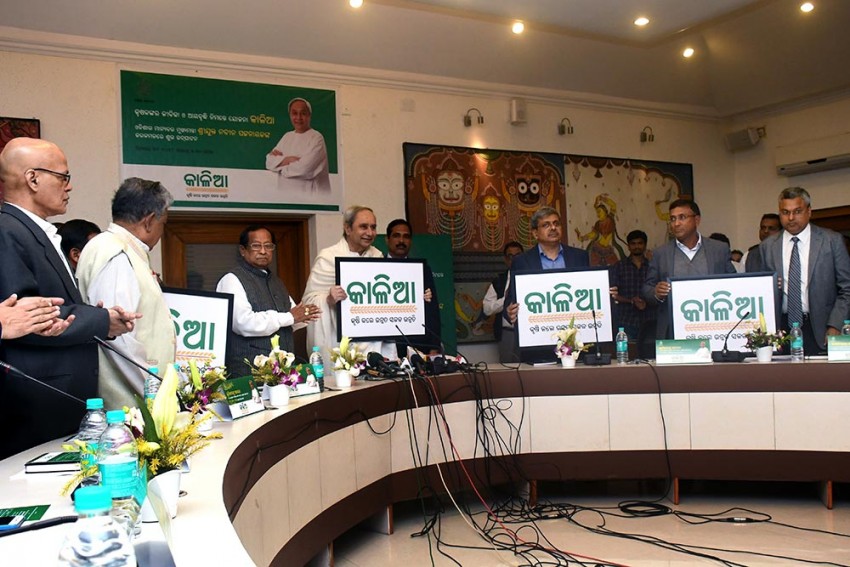 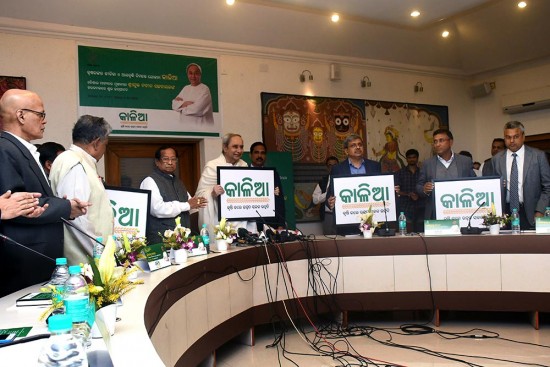 It is not often that top economists take notice of a scheme launched in Odisha. Therefore, the fact that Krushak Assistance for Livelihood and Income Augmentation (KALIA) won universal approbation from people who make or influence policies is noteworthy. Pol­icy-makers and agricultural experts like Finance Commission chairman N.K. Singh, Commission for Agricultural Costs and Prices chairman ­Vijay Pal Sharma and leading agro-­economist Ashok Gulati have hailed the scheme launched by the Naveen Patnaik government in Odisha on Dec­ember 31, 2018 as a more effective way of add­ressing farm distress than the populist loan-waiver option.

The “best conceived scheme for the dis­tressed agriculture sector”, said Singh, while Gulati suggested that “KALIA can be the lighthouse to guide the nation on the kind of agriculture policy we need in future for India’s farmers”.

Even more heartening for the state government is that it has received an overwhelming response from the people—its intended beneficiaries. A meeting of the agriculture department held on January 19 found that over 66 lakh people—way above the 30 lakh targeted—have applied for inclusion in the scheme.

One reason for this unprecedented response is the fact that unlike others of its kind, KALIA targets not just farmers but includes everyone in the agricultural eco-system, including sharecroppers and labourers, who constitute a majority, and even the elderly who are unable to cultivate their land.

The ambitious scheme promises Rs 5, 000 for each farmer, irrespective of his holding, spread over five seasons till 2021-22;  livelihood assistance of Rs 12, 500 to each landless family to help generate income in areas like animal rearing, pisciculture, honey and mushroom cultivation; interest-free crop loans and Rs 2 lakh insurance cover for each farmer. As evident, KALIA has provisions for the entire farm sector, rather than just landed farmers, who benefit from loan write-offs.

As Swaminathan S. Anklesaria Aiyar has noted, KALIA is a much more comprehensive and inclusive scheme than the Ryuthu Bandhu scheme launched by Telangana CM K. Chandrasekhara Rao, which paid such handsome electoral dividends to the TRS.

Odisha Chief Minister Naveen Patnaik beli­eves KALIA will be a real ‘gam­echanger’. Launching a five-day farmers’ convention in Bhubaneswar on January 15, he said, “KALIA is an ideal scheme not only for Odisha but for the entire nation. It will open new doors of development.”

Krishan Kumar, the nodal officer for its implementation, lists the benefits: “First, the coverage is very high. KALIA will cover 90-92 per cent of the farming community, while loan waiver would cover only 20-25 per cent. Second, it does not incentivise farmers not to repay loans, as loan waivers tend to do. Third, it is a transparent way of giving subsidy directly into farmers’ accounts,” he says. Again, KALIA is spread over five cropping seasons, unlike loan waivers, which are one-time affairs.

While it’s flawless on paper, everyone agrees that implementation is going to pose a massive challenge. Reaching out to the existing 12 lakh farmers registered under government schemes may not pose a problem, but identifying new beneficiaries is a mammoth task that will certainly stretch the official machinery.

“The government is yet to draw up a list of sharecroppers—the majority. In the absence of a comprehensive list, sarpanches will have the last word on who gets included,” says Natabar Khuntia, a leading agro-economist. The meeting on January 19 acknowledged this, while saying efforts are on to reconcile data in the National Population Register and the Socio Economic Caste Status and “find a common key between them”.

While it’s evident from the scope of KALIA that it had been brewing for some time, its announcement without making adequate financial provision has led to criticism that it is intended to reap electoral benefits in the impending polls. The government says the scheme would cost a whopping Rs 10,180 crore to the exc­hequer. But, surprisingly, no budgetary provision has been made to fund it. The first instalments of Rs 5,000 is scheduled to be distributed by January 25, forcing the government to source money earmarked for other purposes.

The revelation that the government has withdrawn Rs 734 crore from its contingency fund—meant for emergency exp­enses during natural calamities—to meet the initial expense has raised hackles too. “What happened to the Rs 18, 000 crore the government got by way of fines from mining companies and Rs 4,000 crore it received from IOCL as its share in the proposed petroleum complex in Paradip? If the government’s heart bleeds for farmers, it would have made budgetary provision of Rs 21,000 crore for 36 lakh Odia farmers and given them a bonus of Rs 1,000 over the MSP of Rs 1,750 per tonne of paddy, as done by Chhattisgarh. This is an attempt to scuttle our demand for ‘price, prestige and pension’ and hoodwink people ahead of elections,” says Akshaya Kumar, head of the Navnirman Krishak Sangha, which has been spearheading a farmers’ movement in Odisha for several years.

Jagadish Pradhan, chairman of Sahabhagi Vikash Andolan, concurs. “It is a painkiller that provides temporary relief…. The provision of Rs 12,500 for income-generating activities…looks fine. But is the system in place to facilitate such activity? The returns on the investment would come in future. How does the landless farmer live till then?” he asks. “While there are some welcome features, it is long-term in nature and will not benefit the average farmer in the immediate future,” adds Sarala Das, who writes on agriculture.

Much of the criticism against the KALIA scheme is premised on the fact that it was announced weeks ahead of the simultaneous Lok Sabha and ass­embly elections. But it matters little to many farmers. “Those opposing the scheme are doing so for political reasons. We farmers think it will benefit all sections of the farming community,” says Bhubaneswar Parida, a farmer in Similipatana village in Khurda district.

Like in the rest of the country, farmers—their incomes plummeting and their livelihood endangered—have been a sorely disaffected lot in Odisha. Naveen Patnaik would hope that the KALIA scheme, irrespective of its inbuilt, teething problems, can address the widespread hurt and anger in the farming community, win its votes and serve as a model for the country to follow.