Clothes For The Emperor! 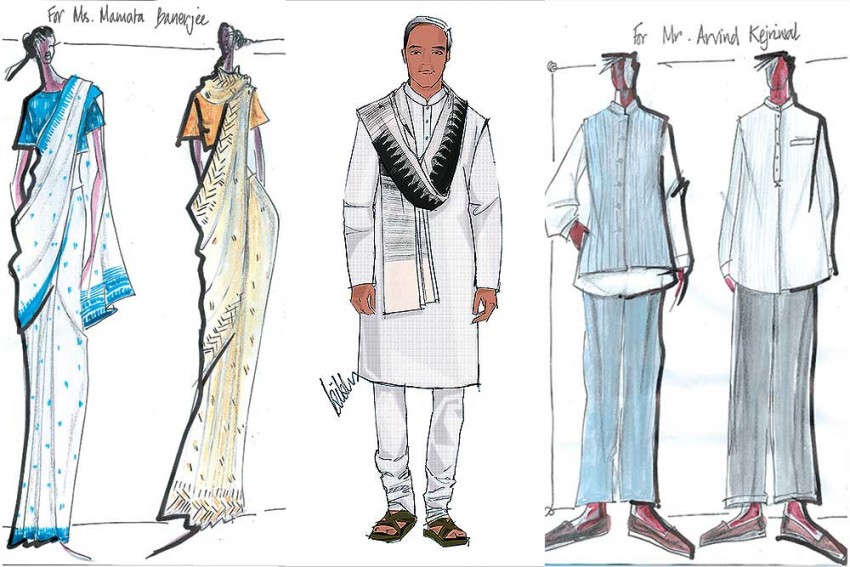 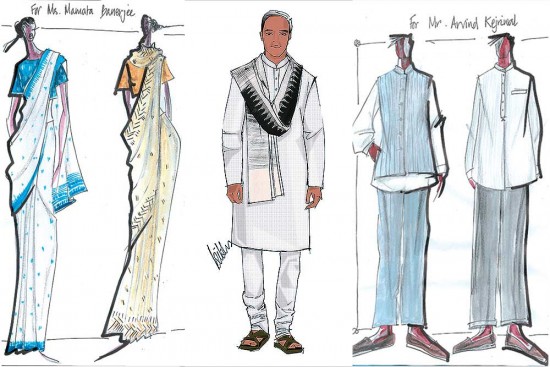 Attractive people make good leaders, wrote Stanford law professor Deborah Rhode in her book, The Beauty Bias. You may be biased for or against the argument, but granting the primacy of the image in politics, we decided to play a hypothetical game. Choosing three politicians often picked out for their lack of sartorial panache, we asked three designers from the country to dress them up, keeping their essential style intact.

So what should a politician look like? “Simple and understated, invoking a strong sense of autho­rity, that’s how I’d want politicians to dress up,” says Calcutta-based designer Paromita Banerjee. “The right kind of dress choices also denote a sense of reverence from the citizens who are giving you your right to power.”

Local fabrics from the politician’s ­region can be kept in focus. Light cotton is an all-time favourite, but handloom fabric like taant, dhone­khali, tangail, jamdani from Bengal, simple ikats from Odisha, kasavu from Kerala can add var­iety. “It would be amazing if the politician keeps aside a small budget to buy outfits from local weavers at their profit price. This would help weavers and support local handlooms,” adds Banerjee. 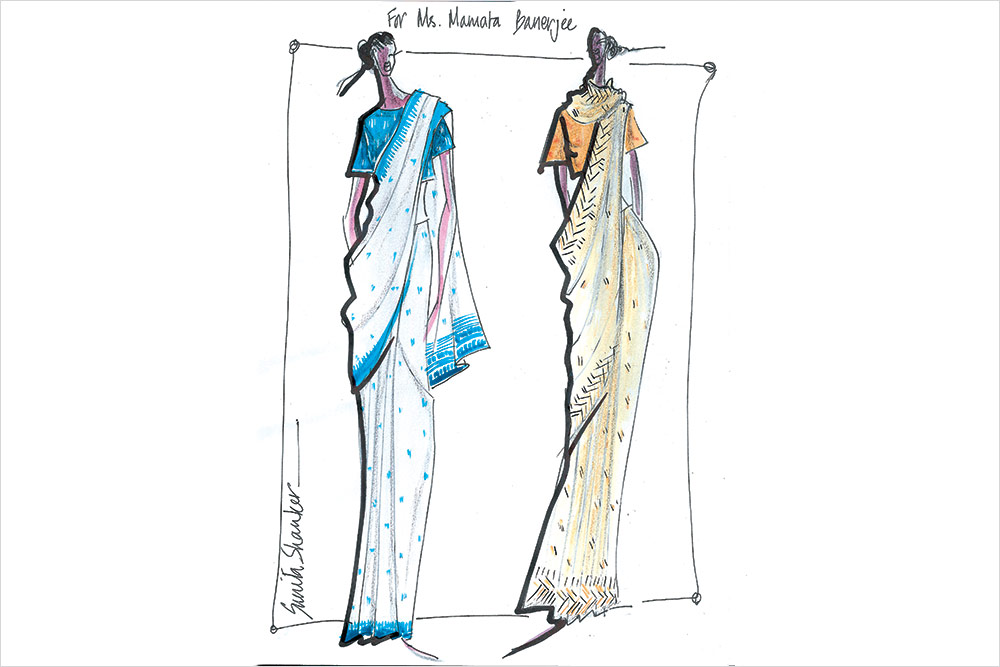 Yes, politicians should promote Indian weaves, and also represent their respective regions. Mamata Banerjee styles herself as a true ambassador of West Bengal, but her trademark woven cotton saris can sustain a little twist and style.

Sunita Shanker: “She can team her saris with matching kantha blouses, wear indigo jamdani blouses with her white-and-blue sari. On special occasions, a white jamdani sari can be teamed with a tussar blouse. She can definitely do with some colours in pale shades.”

Paromita Banerjee: “Saris can be worn in varied ways, but I would want our honourable CM to drape the sari with the conventional back pallu and neat pleats. A neat pleat also denotes a sense of authority.” 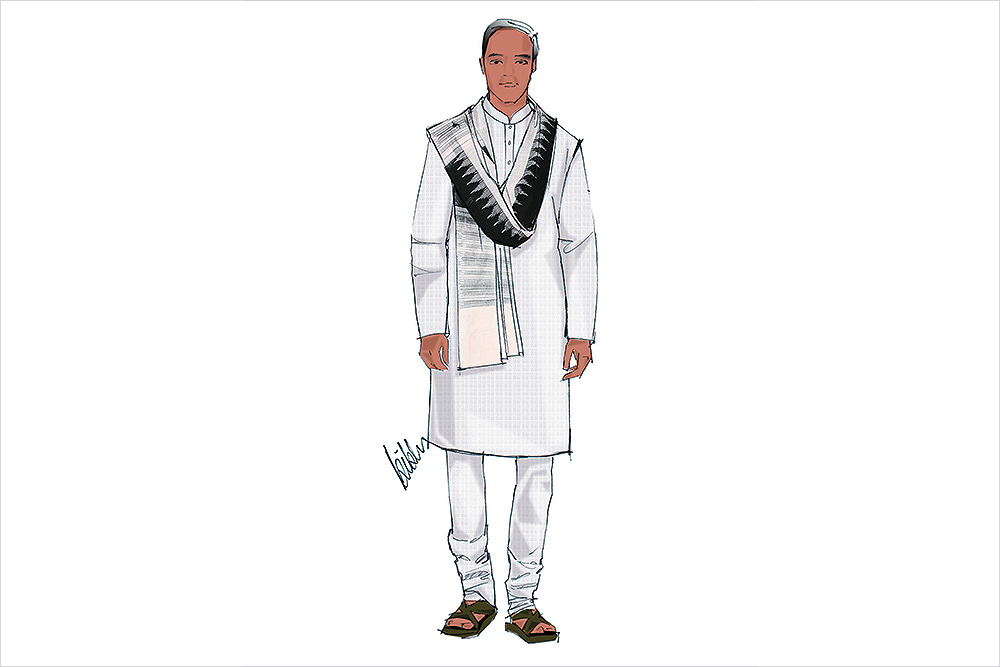 No stranger to the world of haute couture, he is, however, seen unfailingly in austere white kurta pyjamas, despite representing one of the world’s richest textile regions. What he can do is play up Odisha’s weaves.

Sunita Shanker: “Pale-coloured cotton ikat kurtas teamed with natural-coloured handloom pyjamas. A Kotpad kurta or a linen kurta will look great on him. His plain attire can be accented with stoles in Kotpad ­cotton, tussar or ikat stoles.”

Bibhu Mohapatra, NY-based fashion desi­gner: “Tonal ivory kurta fabric and sand-coloured, self-patterned handloom cotton. Plain churidaar in handloom muslin, and the stole in a black-and-white ikat with a temple border from Bargarh. This keeps int­act his consistent sense of style, while changing shapes and volumes, and adding contrast." 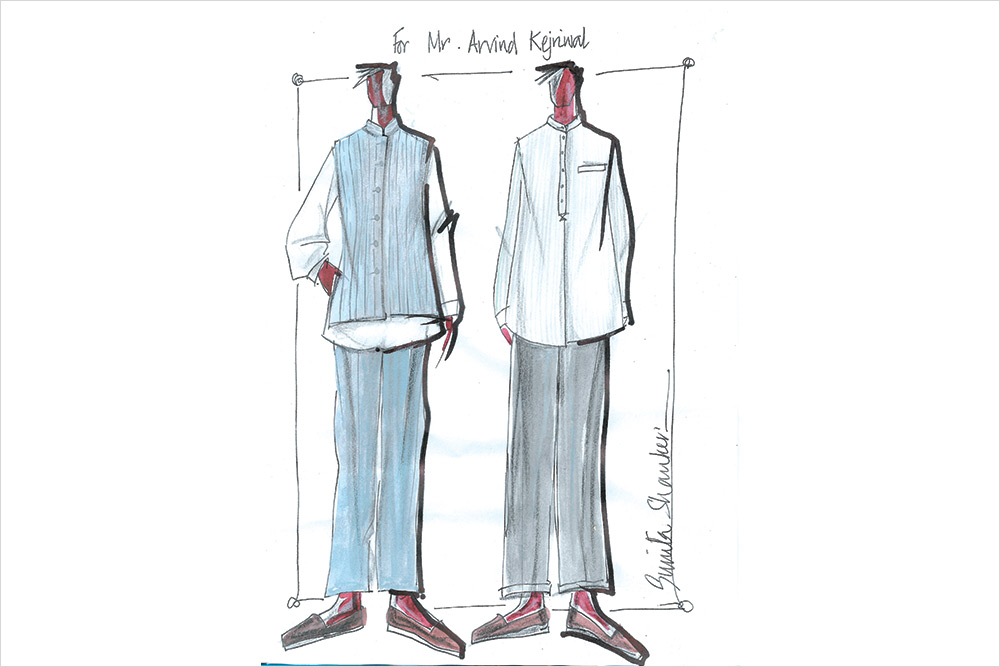 This politician's common man attire is ­central to his politics, but is it overdone? Mostly seen in monochromes, he can ­definitely add layers to his personality and style, feel des­igners. But should the muffler man just chuck his muffler?

Paromita Banerjee: “Cotton or polycot shirts with formal trousers for western, and starched kurta and pyjama with reversible waistcoats for an Indo-western look. Short bandgalas or solid-coloured dark safari suits for formal occasions.”

Sunita Shanker: “Khadi or handwoven cotton shirts and linen shirts will look great. I suggest solid ivory, pale and natural colours or with thin stripes, teamed with a Nehru jacket in linen or khadi cotton. In summers, he can wear a khadi kurta pyjama, which can be in linen as well as handwoven cotton.”