How some residents in Chennai are successfully conserving water. 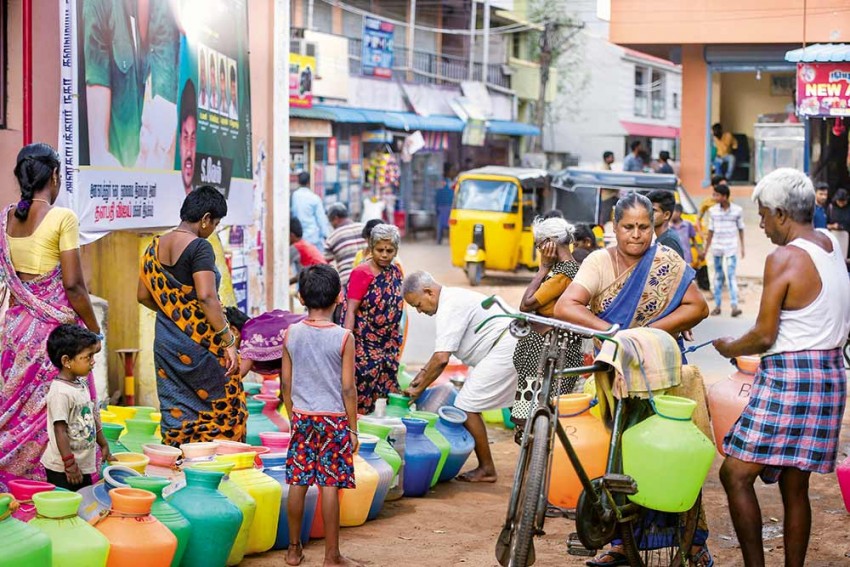 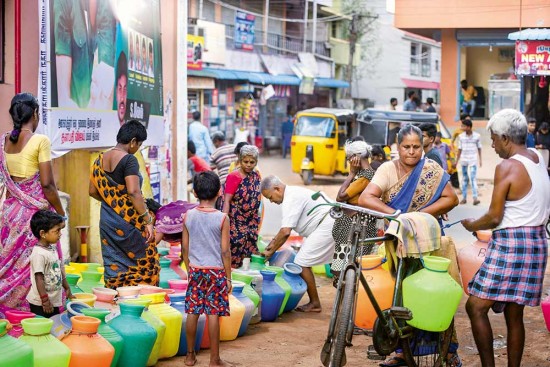 While tankers ferry water to meet the daily needs of the residences of Tamil Nadu’s ministers and high court judges on Greenways Road in South Chennai, there is a ­colony of more than 100 flats across the road that is self-sufficient in its water needs. The residents of Hiranya Apartments make do with a well that they have assiduously protected, ­maintained and recharged over three decades.

“We have two borewells too, but they are used only after making sure that every drop of rainwater gets ­recharged into the ground. We have kept the water level in the well above five feet, even during the current ­crisis, by cutting the daily supply by almost 40 per cent,” says Raghunandan, secretary of the Hiranya flat owners’ association.

The almost six-acre area of the complex is pockmarked with recharge pits of varying depths. There is a cement grating on the two main gates that traps the water and sends it to another set of recharge pits. “Not a drop is wasted,” says estate ­manager Rajesh. “This is possibly one of the few ­complexes in the city that is not visited by tankers.” This inspired a neighbouring ­complex to adopt massive rainwater harvesting, and dig three shallow wells, which have yielded water for over a decade. “Though there is a law that makes harvesting mandatory in existing and new complexes, it is not ­enforced. Many flat ­promoters do a shoddy job too,” says Shekar Raghavan of Rain Centre, which has ­pioneered water harvesting in the city.

Indrakumar, a resident of Pammal, a Chennai suburb, has successfully conserved water for more than three decades. Every Sunday, he educates ­whoever comes to his house on how to save and reuse water. “The soap water that every house discharges is the most harmful. I treat it in a bed planted with canna indica, which converts the phosphates in the soap into ­phosphorus and absorbs them. The filtered water is good for plants,” says the 69-year-old. Sustained rainwater harvesting, with much of the water passing through ­medicinal plants located on his roof, ensures a steady ­supply of ­drinking water. The groundwater recharge ensures an unhindered availability of water in the well in his backyard. His home is a field for green concepts, ­including ­composting and natural cooling. “He is a true green ­warrior of Chennai,” says M.B. Nirmal, founder of Exnora, a citizen network involved in waste ­recycling and water conservation.