Assam Candidate's Promise To Voters: 'I Will Never Betray You'

Upamanyu Hazarika, a Supreme Court lawyer—is an independent ­candidate for the prestigious Gauhati Lok Sabha seat, which goes to the polls on April 23. 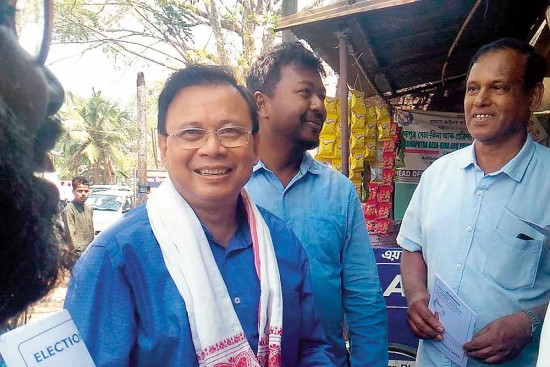 It sounds more like a lover’s pro­mise than a politician’s pre-poll vow. But then, Upamanyu Hazarika is not a politician—and a candidate only by chance, as he puts it. So, when his campaign pamphlet includes the curious sentence, “I will never betray you”, the people of Assam are not missing the wry humour around political fickleness. Hazarika, 53—a Supreme Court lawyer—is an ind­ependent ­candidate for the prestigious Gauhati Lok Sabha seat, which goes to the polls on April 23. He will primarily take on two women—Queen Oja of the BJP and Congress’s Bobbeeta Sharma.

Hazarika’s main agenda is “illegal inf­il­tration”, especially from Bangladesh, which, he says, threatens the identity of Assam’s indigenous people. It is not a new issue. Political fortunes have been made around it, like that of the AGP. The Congress and, lately, the BJP has milked it multiple times. But Hazarika says that all these parties failed to keep their promises.