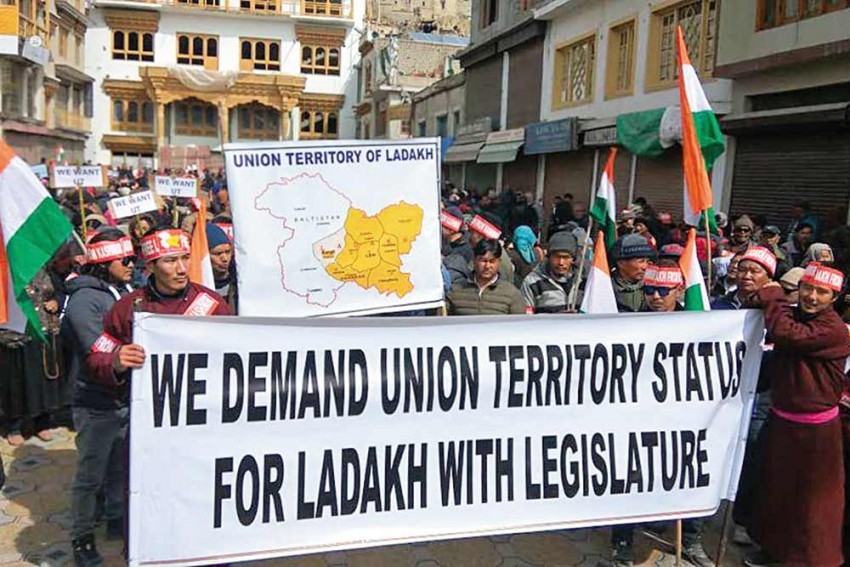 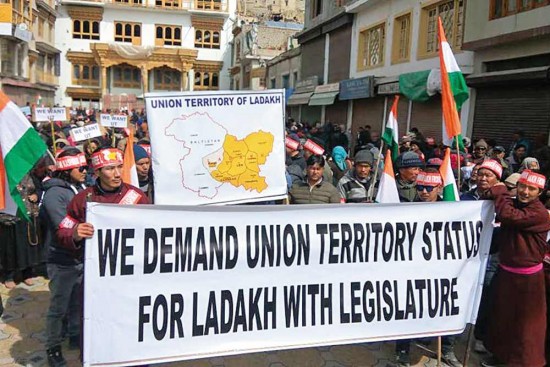 With BJP president Amit Shah taking charge of the Union home ministry, there is a growing perception that he will be “decis­ive on the non-military front” in Jammu and Kashmir. Intelligence sources say the Narendra Modi government is exploring ideas such as delimitation of assembly constituencies and trifurcation of J&K, besides scrapping Article 35A of the Constitution. Meanwhile, Kashmir’s Anti-Corruption Bureau (ACB) raided the headquarters of J&K Bank in Srinagar on June 8. While people in Jammu celebrated the raid, those in the Valley took to social media for venting their rage against the bank mired in controversy since last year over large-scale “fraudulent” app­ointments allegedly made on the behest of the then ruling PDP.

The raid was carried out minutes after the government sacked J&K Bank chairman and managing director (CMD) Parvez Ahmed, whose three-year tenure was to end in October. The bank’s executive president R.K. Chhibber from Jammu was appointed the interim CMD. A senior ACB officer tells Outlook that the raid was carried out becauseof a complaint filed by “some person” a few months ago, and that they are only probing the illegal appointments allegedly made over the years. J&K’s regional parties see the raid as a ploy to “appease” Jammu, where the BJP won two parliamentary seats in the recent elections. The saffron party now hopes to sweep the ­Hindu-­­majority region in assembly polls. 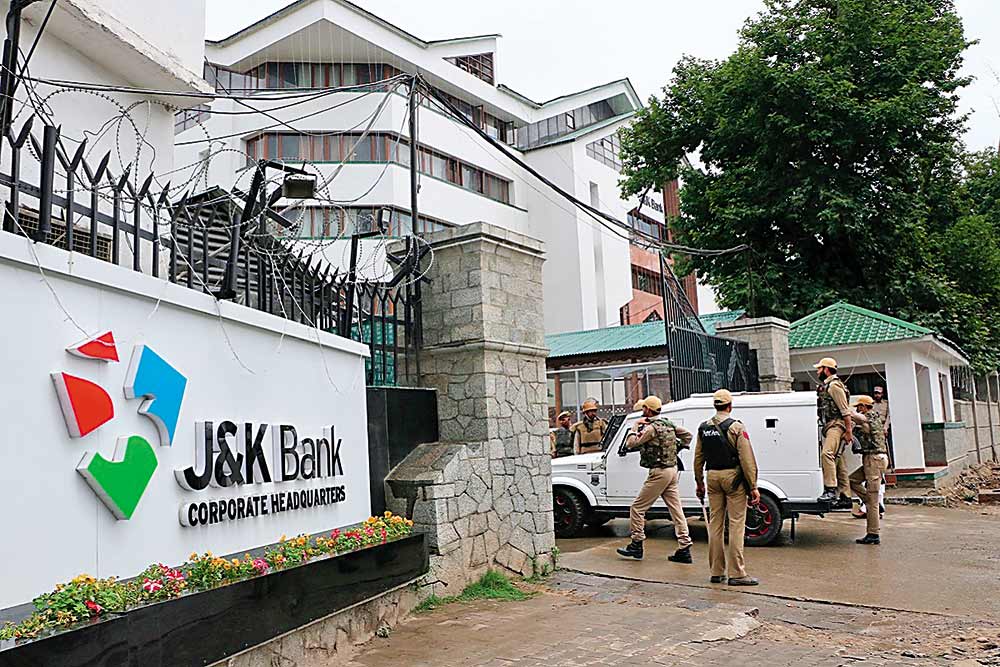 J&K Bank is the only commercial bank in India owned by a state government. Until 2012, it used to be the lender of last resort for the J&K government just like the RBI is for other state and central governments. That “special status” was taken away by the then Congress-led UPA government. The ACB raid coming soon after the Modi government returned to power in New Delhi is seen by many analysts in J&K as a symbolic act of showing who the real boss is.

A senior politician in the Valley says ­removing the bank chairman was a message to people in Jammu that the BJP has “given them chairman of J&K Bank, and a Hindu chief minister will be next”. Incidentally, of the 26 heads of the bank since its establishment in 1939, only 11 have been Muslims.

The BJP’s J&K chief Ravinder Raina says the party has “never dem­an­ded anybody’s replacement or placement” in the bank. “We had no ­complaints against the bank chairman, but we do have problems with the bank’s functioning for the past 30 years,” says Raina, adding that the malpractices must be probed.

In 2002, the Farooq Abdullah-led state government chose to freeze delimitation until 2026 with an amendment in the Jammu Kashmir Representation of the People’s Act,1957, and Section 47(3) of the Constitution of J&K. Panthers Party chairman Bhim Singh appealed against the amendment, but both the high court and the Supreme Court dismissed it. Raina says it is unacceptable that “only the J&K assembly, among all states, has closed delimitation until 2026, which means it can take place only after the 2031 census”. With President’s rule likely to be extended for another six months after July 3, Singh says the President has powers under Article 370 to come up with an ordinance about the delimitation. Senior counsel Z.A. Shah, however, points out that being a constitutional amendment, the President cannot end the freeze.