There’s little work at home, and the cities have let them down badly. Parvati, Santosh and Ramphal now have hard choices to make 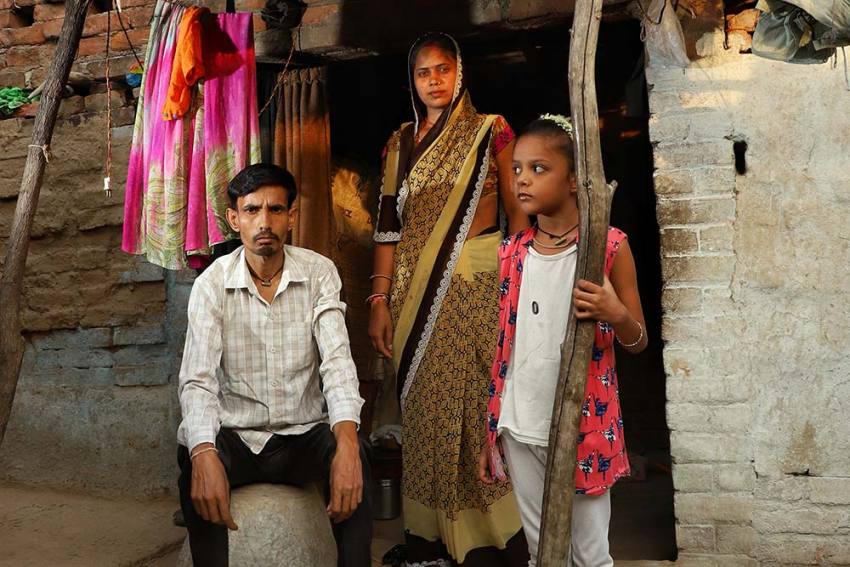 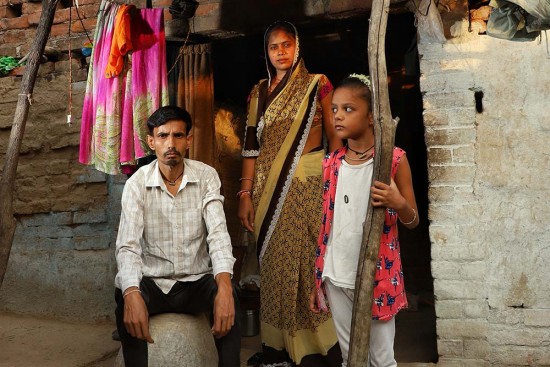 If its fields were to be painted on a realist canvas, Bundelkhand would require bold swathes of yellow and brown—the colours of shrivelled vegetation. The region, which comprises of parts of Uttar Pradesh and Madhya Pradesh, has suffered from drought for several years. Hamirpur in Uttar Pradesh lies in this region. Scragy cows with visible ribcages forage around a parched landscape; on the road leading to Jhalokhar village, two wild horses are locked in an unrelenting battle. In the village, a dog scurries about with a stiff chapati in its mouth.

Santosh Kumar, 33, his wife, and daughter ret­urned from Ahmedabad to Jhalokhar in the second week of May. They arrived by train—the tickets cost Rs 610 each for adults—and have quarantined themselves at their home ever since. Santosh used to work at a cloth dying unit while his wife Parvati worked part-time at a cloth-weaving unit. Together, they made around Rs 16,000-18,000 a month and managed to save about Rs 10,000. These savings would help them survive those unpaid, lockdown weeks in the city.

In Ahmedabad, Santosh and Parvati saw and heard reports of migrant labourers walking hundreds of kilometres to reach their homes, some being killed in accidents, some dying of exhaustion, and dreaded being forced into a situation where they might have to leave on foot for home a thousand kilometres away. “All we wanted was to be in the village amongst our own. If one dies in the city, there isn’t even one person who’s going to ask after us,” says Parvati.

Santosh nods in agreement—they feel secure here even if they have to survive on roti and salt, he says. However, he never liked working in the village. The wages were low and the only job he held in Hamirpur before moving to Gujarat in 2015 was that of a helper at a general store. He tried his luck at MNREGA, but was rebuffed by the village pradhan, who told him he was too weak for the job (works under the scheme usually do not involve heavy manual labour). The discretion of village heads in issuing MNREGA work has often been criticised.

Now, with grave uncertainty about work and future, Santosh feels that he might have to give MNREGA a go again. “I’ll go back only when work gathers steam. Some are saying this crisis will go on for a year. It’s going to get very difficult if that happens. But who has control over the disease?” he says dispiritedly. The family’s only land, a small portion which his wife inherited, isn’t enough to sustain them. They’ll ultimately go back; it’s just a matter of time. Apart from low wages, the problem with work in village and around, Santosh adds, is its erratic availability. “You’ll get it for four days but for the next six days you’ll have no work.”

Santosh, however, believes that the government will do something for the likes of him. On the other hand, Ramphal Prajapati, 35, ano­ther returnee labourer in Jhalokhar, is livid at the government for leaving them in the lurch. “Koi saadhan ki vyavastha ki nahin, janta bhad bhada ke marne lagi (The government did not make any arrangements for those going back to their homes. People started dying in that situation),” says Ramphal, who used to iron bedsheets for the railways in Mumbai. About 150 labourers from various states have returned to the village.

A passer-by interjects: “He [the prime minister] has an entire country to run. What all will he do? You won’t be able to govern a village if you were made pradhan.”

Ramphal paid Rs 4,000 for the return journey—in a truck. All that they ate on the way were biscuits and bananas offered by kind people. The experience has left him shaken and disillusioned. The very thought of going back produces fear. “Haath pair phool gaya tha (My limbs swelled and were numb). I am scared of getting stranded again if I go back. Fear has set in.” Sitting at his place of quarantine—a part of the house meant for keeping animals and storing fodder—Ramphal says he’s willing to work as a mason in and around the village. But now, with his phone damaged, he is bored to death and has absolutely nothing to do. “If I venture out, people curse me and tell me to stay indoors,” he says. One of his neighbours, Satyendra Agarwal, who has an MA in sociology, says that he worked as a security guard in Gurgaon for a few months. That’s the best he could get. He returned soon and now works with his parents, who sell samosas in the village.

Muhammad Nayim, assistant professor of social work at Bundelkhand University, says migration from the region happened chiefly because of two reasons—the slow death of industries and the scarcity of water that makes agriculture unviable. “Jhansi’s Ranipur, called Surat of Bundelkhand, used to be famous for producing tricot fabric. The industry is in a very sorry state now. Same is the case with Jalaun’s Kalpi, known for paper and carpet industry. Or Mahoba, once a hub of betel production. Climatic conditions and poor returns both contributed to its downfall.”

In the past ten years, adds Nayim, a trend of displacement has taken root. “People who migrate do not want to return at all. With people returning due to the lockdown, some houses here have been opened after years. Some houses had been occupied illegally; there are reports of disputes too,” says Nayim. Now that people are returning after such a long time, and in such large numbers, rehabilitating them is a big challenge. MNREGA and Public Distribution System (PDS), he adds, can provide some cushion but might not be a permanent solution. One doesn’t know for how long those who returned would stay, and how many will leave again after the lockdown ends. With no work back home, Parvati, Santosh and Ramphal have hard choices to make.

By Salik Ahmad in Hamirpur, UP