Edappadi K. Palaniswami is seemingly growing in confidence as AIADMK leader in Tamil Nadu. He is also bridging the gap with the Centre 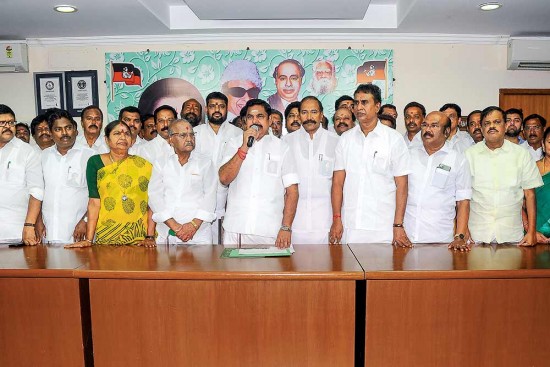 EPS for chief minister in 2021—the slogan is ringing out loud and clear from the ranks of the AIADMK ­after the ruling party won two ­assembly by-elections held on ­October 21. Significantly, they managed to wrest the seats—Vikravandi and Nanguneri—from the DMK and the Congress respectively with margins of more than 30,000 votes.

The crushing win has boosted the chan­ces of Edappadi K. Palaniswami (EPS), a last-minute unlikely choice as chief minister hand-picked by Sasikala Natarajan in February 2017, to lead the AIADMK’s bid to retain power in the 2021 assembly elections. Described as diffident, not very articulate and lacking the charisma of Jayalalitha or even AIADMK rebel, T.T.V. Dhinakaran, EPS was more of a workhorse politician when he was suddenly anointed chief minister.