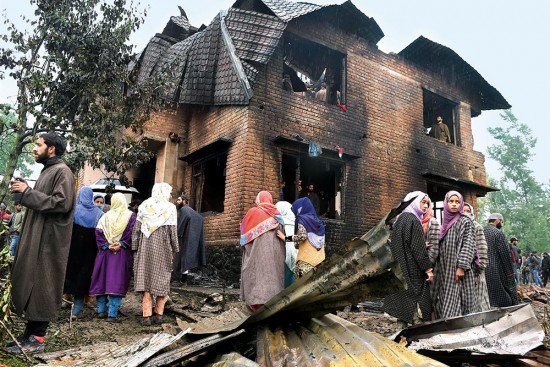 Zakir Musa was unlike any other militant to have emerged from the bloodied battlefield of Kashmir. Musa, 25—who left his engineering studies halfway to pick up the gun—was a radical Islamist who wanted to establish the “rule of Allah” and had once threatened to publicly hang separatist leaders for refusing to acknowledge Kashmir’s battle as a “religious war”. And Zakir Musa’s killing by security forces last week could potentially mark the end of a phase in Kashmir’s militancy that is seen by police and security experts as an abe­r­ration. Jammu and Kashmir police chief Dilbagh Singh said as much, “Zak­ir’s killing” has ended the “cult and concept of radical jihad as he was the last militant of ISIS-influenced ideology”.

The police and other sec­urity agencies are playing down the killing of Musa, who led the Ansar-ul-Ghazwat-ul-Hind, an outfit announced by the al Qaeda-affiliated Global Islamic Media Front. The police issued a brief statement about the encounter in which Musa was killed and referred him with his real name, Zakir Rashid Bhat. “Zakir was important only bec­ause of his vintage. He was one of the oldest-surviving militants and could make a lot of impact on social media. His elimination is a dent to his kind of brand,” says inspector general of police, Swayam Prakash Pani.