Breaching The Lakshman Rekha! From Mega Religious Gatherings To Labourers, How An Underprepared Government Was Caught Napping

Even as food scarcity haunted every migrant worker who was rendered jobless by the COVID-19 inflicted shutdown, the Tablighi Jamaat event was a clear case of ‘intelligence failure’ if not an administrative one 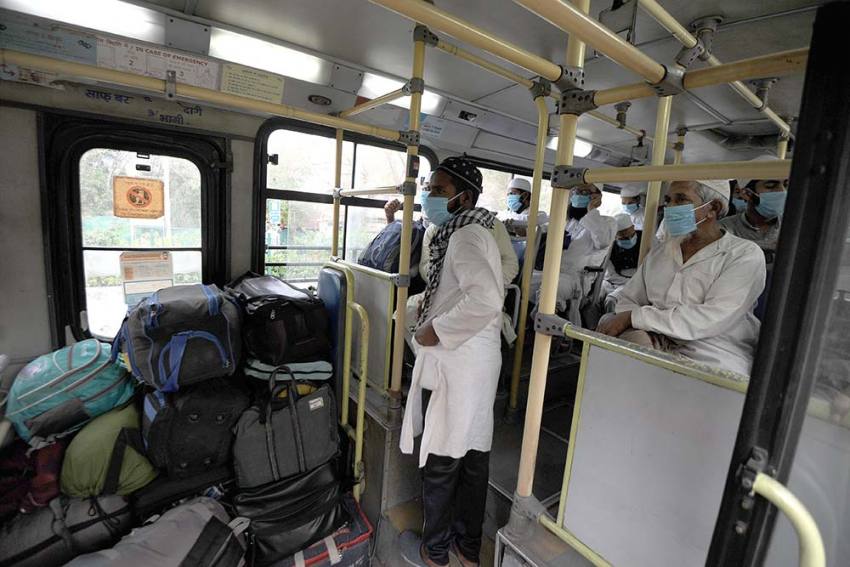 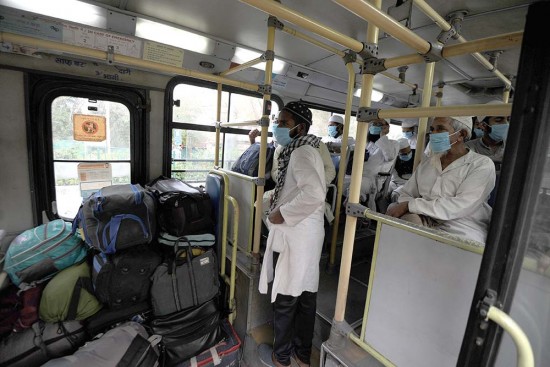 A sense of nation-wide emergency, across all aspects of life, now pervades governance. Coordination is maximum, and conflict minimum, across Centre and states—indeed, across the political sphere. Everyone realises how crucial this period is. The expression ‘Lakshman rekha’, a recent appearance in the lexicon of words associated with the fight against COVID-19, reflects that.  A day after Prime Minister Narendra Modi announced the 21-day lockdown on March 24, Doordarshan began a rerun of Ramanand Sagar’s TV serial Ramayan, and soon someone realised this metaphor from the epic resonated particularly well in these unusual circumstances. What was this new proscription—stay at home, going out would invite danger—if not a modern form of Lakshman rekha?

Reality, of course, soon defied the epical metaphor. Thousands upon thousands of Indians had no option but to observe it in the breach. Having left their villages for a hardscrabble life in the glittering cities—where they worked on highways, built condominiums for others, served tea, cleaned, and did hundreds of other jobs—they never had the safety net implied by a Lakshman rekha. The national lockdown left them without work, money and food, or even buses or trains to go home. So they packed their meagre belongings and started on a determined long walk, on highways they had themselves built. If anything, it resembled another image from the epic—that of a collective vanwas.

The government had clearly not seen it coming. Much like it did not foresee several other things. Take the fortnight-long Tablighi Jamaat event in Delhi, which became a ‘hotspot’ unto itself. No religious congregation had yet been banned (the event was from March 1-15)—crowds still thronged Vaishno Devi, Keoladevi in Rajasthan and Shani Shingnapur in Maharashtra. Even on March 20, thousands gathered in ‘literate’ Kerala’s capital Thiruvananthapuram for an ‘arattu’ procession at a local temple. Even without a ban, each one of them spoke of the criminal insularity of congregation leaders. Corona fears were widely known by then, and each was a likely super-spreader event. 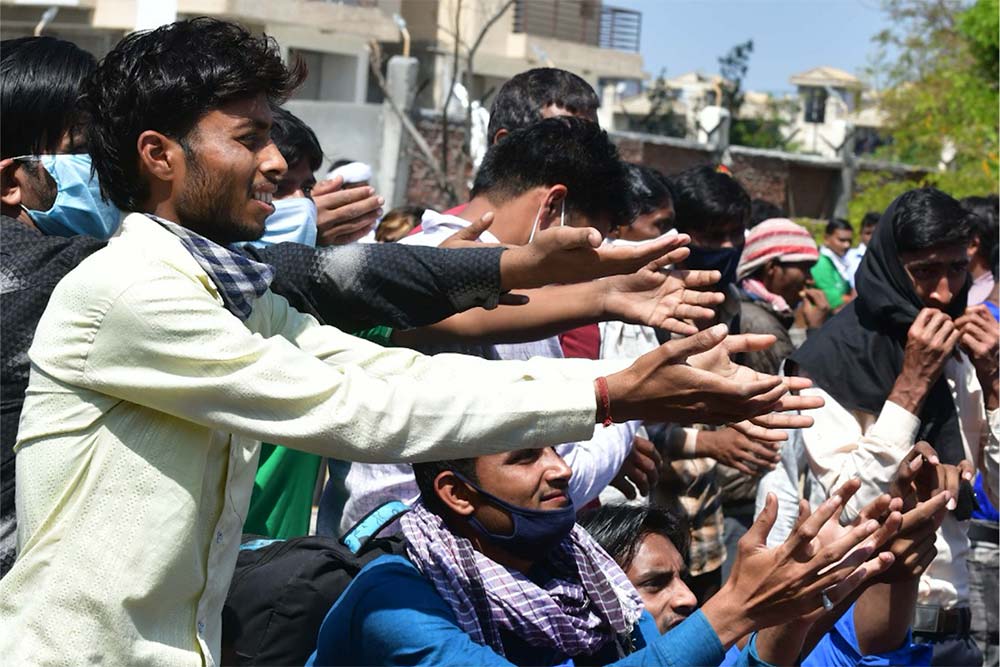 The fears proved acutely true with the Tabligh event, where the organisers really should have known better—their footfalls are typically global, and their February event in Malaysia had already been designated the “largest viral vector in Southeast Asia” by New York Times as early as March 3. As it transpired, some 1,900 people had to be evacuated on March 31 from their Nizamuddin HQ and sent into quarantine, weeks after they arrived from Malaysia, Indonesia, Thailand, Saudi Arabia et al. Over 100 of them have been confirmed as coronavirus positive. Many had travelled across India, almost certainly infecting others, and who are now being traced. The Nizamuddin colony has been sealed. March 31 also saw the biggest spike in cases—237 in 24 hours.

But if the Tabligh was myopic, so also other religious congregations; was it not part of a larger myopia at the level of government? Policy has to be fed by sharp information-gathering. Both were sloppy. The fact that the Tabligh event went on for a fortnight is now being seen at least as an ‘intelligence failure’ (if not an administrative one). So is the exodus of migrant lab­our—which produced intense concentrations of humans, the very opposite of the effect intended by the PM. Another pot­entially spreading web not foreseen. So far, so flat-footed.

What now? A mess had been created, it had to be cleaned up. An urgency previously missing was now in evidence—some of it desperate. The government scrambled to stop the exodus, closing all district and state borders. Before that, heart-wrenching scenes were witnessed at Delhi’s Anand Vihar bus terminal as migrants jostled to get a seat on buses arranged by the Delhi and UP governments (the chain of authority not very clear), and also at the Bihar border where they were all kept locked up in a facility—for a disease best prevented by maintaining physical distance. Some semblance of order was finally restored after states set up shelters for migrants, whose homeward march was halted.

In a shocking revelation, the Centre told the Supreme Court that the exodus had to be stopped as almost one-third of the returning migrants could be infected. The apex court, in turn, said large-scale migration out of “fear and panic” was a bigger threat than the pandemic itself. Not that the latter isn’t. In a status rep­ort filed on March 31, home secretary Ajay Kumar Bhalla told the SC: “So far rural India has remained safe from this infection. If migrant labourers are allowed to…reach their home village(s), there is a serious and imminent pot­ential of the infection penetrating rural India also.” That would make it “unmanageable to contain,” he wrote, “dangerous for the migrant workers” and “also for rural India”. The Centre was working in close coordination with the states to ensure food, shelter and medical facilities to the migrant workers, he added. “Around 6,66,291 persons have been provided shelter; 22,88,279 persons have been provided food,” the status report said. The system had cranked into action, if belatedly. 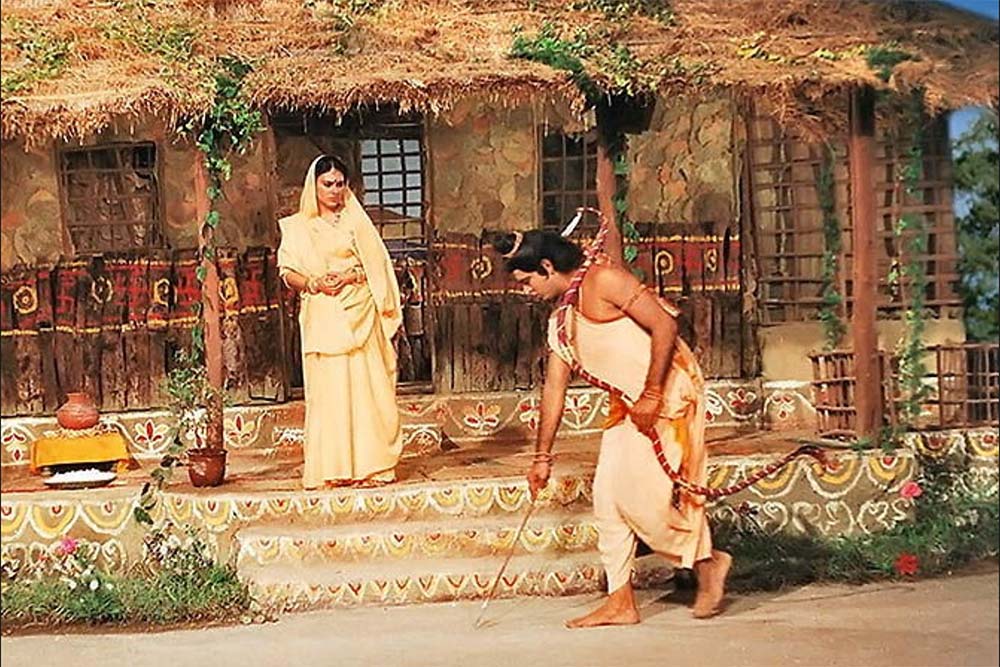 The policy drift that defined much of March was now being analysed at large. Among other things, Union home minister Amit Shah had been keeping a noticeably low profile all through. MHA officials say he has been holding regular review meetings at his Krishna Menon Marg residence. But that’s one aspect. Overall, says former cabinet secretary K.M. Chandrasekhar, the situation should never have come to this pass. “The PM had no choice other than the national lockdown to ‘flatten the curve’.  But it should have been handled in a better way,” he tells Outlook. According to him, Modi could have signalled an imminent lockdown when he addressed the nation for the first time on March 20. His March 22 ‘janata curfew’ also created contrary effects on the streets, and lockdown day finally set off a panic shopping frenzy too, after word came at 8 pm.

“The states should have been taken into confidence…such situations are best left to the states to prepare for and handle,” Chandrasekhar says. “And the Centre should have announced the Garib Kalyan Yojana immediately after the March 20 speech and given funds to the states, along with guidelines. It seems to have got enmeshed in the deliberations of a multi-layered committee.” The former cabinet secretary was sev­ere in his indictment: “The impact on the economy and the people, particularly the poor, was catastrophic.” He’s deeply concerned about the possible fallout of a prolonged lockdown—it will be a terrible blow to the economy, worsening the effects of two years of lethargy, he says. “During the 2008-09 recession, there was the Planning Commission. Now there’s no mechanism in place to pull the economy out of the morass. Decisions taken impulsively, much like demonetisation, do more harm than good,” he says.

Former finance minister P. Chidambaram was quick to spot a chance for some artillery shelling too. Yes, India’s budgets are already over-stressed. But still, the ex-FM feels, a confidence-boosting financial assistance plan (FAP) should have been ann­ounced prior to, or along with, the imp­osition of the lockdown. Taking to Twitter, he said: “The FM’s FAP was so miserly and inadequate, it actually prompted many to go back to their villages. I urge the government to ann­ounce a bold FAP II today or tomorrow.”

Anyway, the focus now is to use the lockdown period to strengthen healthcare facilities and prepare for a very likely spike in numbers. A member of the Joint Monitoring Group (JMG), headed by the Director General of Health Services, says community monitoring is being done extensively. He says the Centre has inc­reased testing capacity on a war footing—from a single lab in Pune in January to 118 now across India. “We now have the cap­acity to test 15,000 samples a day. In addition, we have coo­rdinated with 47 private laboratory chains with over 20,000 collection centres,” he tells Outlook. However, he concedes that extensive testing, what WHO recommends, is still not part of the protocol. “We are still following a more conservative approach,” the JMG member rues, agreeing that testing needs to be more. “Much more. We are not even close to what needs to be done. India is doing just about 17-18 tests per million. South Korea did 5,000 per million and flattened the curve much faster,” he adds. 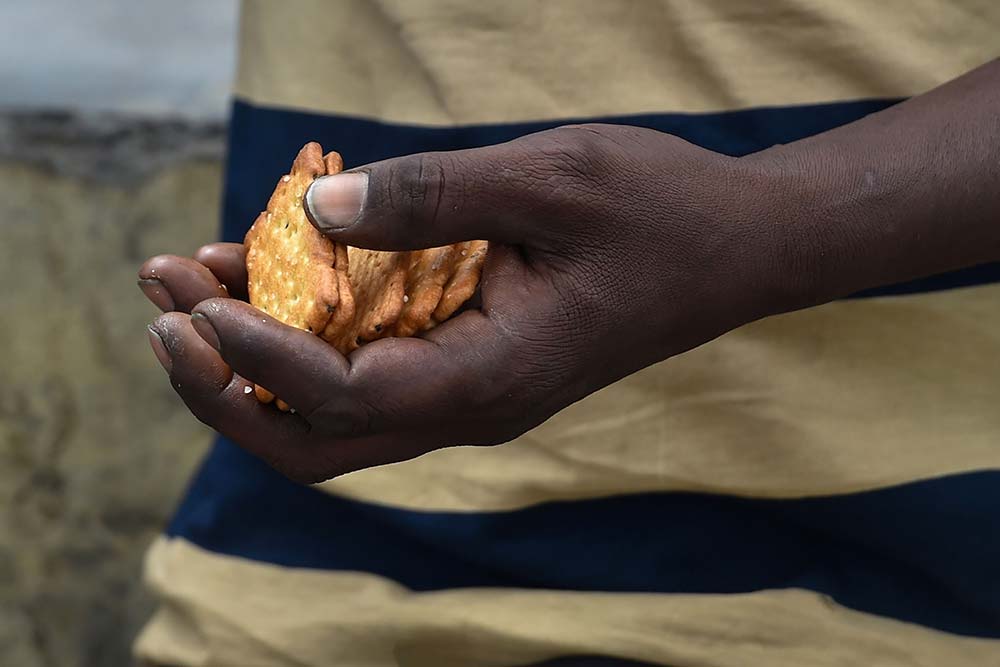 A fistful of biscuits is all he got to palliate hunger—food scarcity haunts every migrant worker rendered jobless by the shutdown.

Former home secretary G.K. Pillai also makes a strong case for large-scale testing. A retired Kerala cadre IAS officer, he recommends the Kerala model of tracking and testing people. He says low testing can suddenly spring a huge spike in cases. “As of now, things seem under control but I think a peak can be expected in mid-April. If that happens with increased casualties, there will be panic. I hope we don’t reach that situation,” says Pillai, another figure who evokes a sense of bureaucratic experience missing now.

Former home secretary Vinod Duggal is more optimistic and sees “light at the end of the tunnel by mid-April”. Duggal, who has also served in the National Disaster Management Authority (NDMA) as pointsperson for relief efforts after the 2013 Uttarakhand floods, admits to the challenges. Given its constraints of time and budget, he says, the government has done well. “When the problem is of this magnitude, there are bound to be challenges,” he says.

The government knows that now. A Union minister—coordinating efforts with 10 districts in a north Indian state—admits the task is herculean. “We are still at the foothills and have to climb the Everest,” he says, not wanting to be identified. He is one of several ministers given charge of 10 districts. They coordinate closely with district magistrates and district collectors and submit a daily report to the PMO.

The PM is monitoring things, and int­eracting with all key nodes on a daily basis: governors, CMs and health ministers. He has also been active on the inspirational side, reaching out to doctors, nurses, health and sanitation workers. That’s appropriate, given the gravity of things. India is on the brink of Stage 3: community transmission. “By the time you write about it, we may have ent­ered the stage. That is why preparations are on a war footing,” the minister says.

India, collectively, has so far managed to identify 1.35 lakh isolation beds for potential COVID-19 patients. Rail wagons are also being converted into isolation beds—initially, 80,000 beds in 5,000 coaches. The plan is to modify 20,000 coaches to get additional capacity of 3.2 lakh beds. “If the need arises,” stresses the minister. “All efforts are to ensure it does not arise.” A member of one of the 11 empowered groups handling the crisis also admits to the challenges. Funds are being provided to states for “augmenting quarantine facilities, upgrading hospital infrastructure” and procuring PPE sets—hazmat suits, N95 masks et al—to secure doctors and nurses, he says. Coordination among the 11 groups, however, is proving messy, he accepts—even if all report to the PM’s principal secretary P.K. Mishra. The more you listen, the more it sounds like a war out there. A sprawling, unpredictable mess, with moments of lucidity.